by
Nikola Savic
Apex Legends is set in the Titanfall universe, and a new character named Blisk might finally bring Titans to the battle royale. Prior to creating Apex Legends, Respawn Entertainment was best-known for their fantastic and ground-breaking Titanfall series.

Titanfall 2 is still quite popular, praised for its many innovative gameplay mechanics, exciting and challenging multiplayer, and a well-designed singleplayer campaign with an intriguing story.

Unfortunately for Titanfall fans, Titanfall 3 is not coming anytime soon, as Respawn is currently focusing its resources on Apex Legends and the rumoured sequel to Jedi: Fallen Order.

Still, if you are hungry for anything related to Titanfall, Apex Legends' next character might satisfy your desires. In the Titanfall universe, Kuben Blisk is a South African mercenary and the leader of the Apex Predators (Picture: Respawn)

A well-known dataminer Biast12 has shared a video that supposedly shows Blisk, the next Legend set to join Apex Legends' roster of characters. Kuben Blisk is one of the bad guys in the Titanfall universe, a ruthless mercenary serving the Interstellar Manufacturing Corporation, and in Apex Legends, he is the commissioner of the Apex Games.

Biast12  is a reliable leaker, with a good track record of previous proven leaks, so we may safely assume that his leaks are real. The video has been shared along with the screenshot which shows Blisk's passive, tactical and ultimate ability.

His passive, Pilot Kit, allows him to wall run (also Titanfall ability) and hack Survey Beacons, while his tactical (My Ring, My Rules) creates a deadly damaging zone. What's particularly exciting is his ultimate, which is called Standby for Titanfall, which will bring an Auto-Titan to fight alongside you. Though you won't be able to jump into it and control the Titan directly like in Titanfall, rather the Titan will operate on its own once you summon it.

The leaked video shows the summoning of an Auto-Titan, which falls from the sky and starts blasting around. 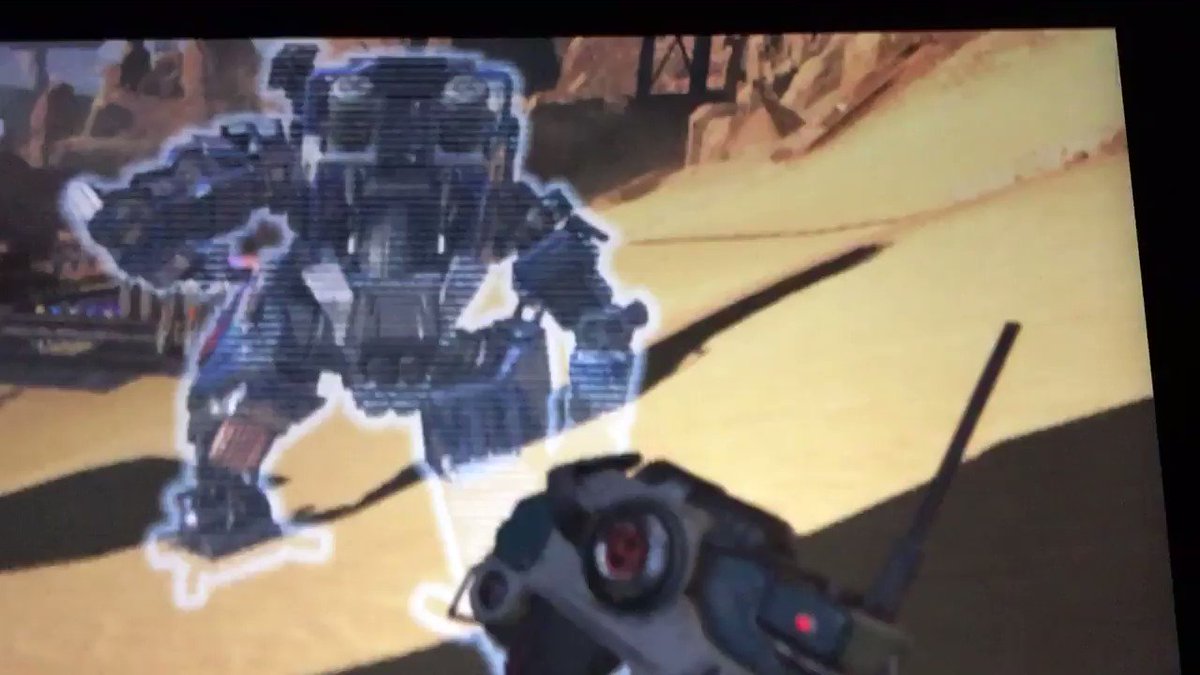 "The Anti-Titan is likely gonna be really powered down, like not doing that much damage, but just annoy people, and having a really short time being active," Biast12 explains.

If this leak turns out to be true, it will be a huge thing for the game, as Respawn previously stated that they were experimenting a lot with Titans in Apex Legends before the game even got released, but in the end, they concluded that Titans simply don't fit into Apex Legends' gameplay.

While Blisk's Auto-Titan certainly isn't the same thing as Titans in Titanfall, it does work as a sort of a compromise for those Titanfall fans who always wanted to see them added to Apex Legends.

Finally, you should take all these leaks with a huge grain of salt, as Respawn is known to mess even with leakers, sending them in the wrong directions, so who knows what this might turn out to be eventually.