BLAST from the past: BLAST Pro Series 2019's controversies in review

Phoebe Dua
Published: Dec 13th, 2019, 12:20
BLAST Pro Series 2019 is drawing to a close after the busiest year for the growing tournament organiser. There were a fair share of controversies that marred what should have been an attempt to challenge the established names. After its debut event, BLAST Pro Series Copenhagen 2017, many were intrigued by RFRSH Entertainmentâ€™s bold step into the CS:GO calendar.

With a schedule of seven events for the following year, the oversaturation question raised its head once again before it even began with such a significant jump in presence.

2019 brought further attention to matters outside of the server. RFRSHâ€™s ownership and sale of Astralis, the Danish teamâ€™s 'preference' for BLAST tourneys, venue â€˜downgradesâ€™ and a cancelled tournament with no explanation were some of the main BLAST headlines in a turbulent year.

To the stars and back

RFRSH Entertainment started the year as the owner of both BLAST Pro Series and the best team in the world in Astralis.

While this had been known since the first BLAST event, when the calendar became stacked with BLAST Pro Series tournaments that often coincided or ran close to other S-Tier events, it appeared Astralis and other teams had been 'favouring' the shorter weekends over more prestigious competitions.

Astralis played best-of-one matches more than best-of-three's following their IEM Katowice 2019 victory in February and this seemed to damage their form as they were eliminated by FURIA at the ECS Season 7 Finals in June.

A month later, RFRSH announced that it would be selling Astralis and League of Legends brand Origen to a new ownership group and this was confirmed at the start of August to have gone through.

Nikolaj Nyholm, founder and CEO of RFRSH, made the move over to become co-CEO of the new Astralis Group, the two entities would be seeking to operate independently going forward.

Facts about the RFRSH and Astralis Group split:
Ã— The transaction will not complete until August 9 2019. Until then it is not final. The only reason we are talking about it before the transaction completed is because it is in our public accounts, which are public in Denmark.

The novelty of BLAST Pro Series events was their fast-paced format. With best-of-one matchups between all six attending teams taking place, three matches were played at once both in the venues and online across three streams.

While this made for a full day of matches, this also meant fans had to pick and choose which match to watch at any given time. BO1s are also regarded as poor indicators of strength, weakness or overall form.

After backlash, best-of-threes were added to the events and will be the format of matches going forward in the BLAST Premier circuit next year.

Despite winning BLAST Pro Series Madrid and attending two additional BLAST events, ENCE were ineligible to attempt to qualify for the Global Final in Bahrain due to not being one of the seven partnered teams.

ENCE finished the season with 18 points and would have sat above MIBR, Natus Vincere and Cloud9 in the leaderboard.

Cloud9 endured the BLAST despite numerous roster changes and ending the year with an entirely different lineup to the one they started with.

Since their Major win, Cloud9 had 18 players in their roster and if they end up signing the ATK roster it will be 23(!!)

Their attendance alongside Astralis, Team Liquid and Na'Vi led to them maintaining a decent position in the rankings over rising teams despite three different cores being the ones gaining points for C9.

The Los Angeles stop in the series was set to take place at the University of Southern Californiaâ€™s Galen Center.

One day, an email hit the inboxes of the few who had already purchased tickets and in many cases, flights and hotels.

BLAST PRO SERIES IS BEING MOVED.

After a venue change, the price of each ticket had been increased from $30 to $99 while offering an all-new Front Row experience.

For such a steep increase, fans had high expectations for the new venue. 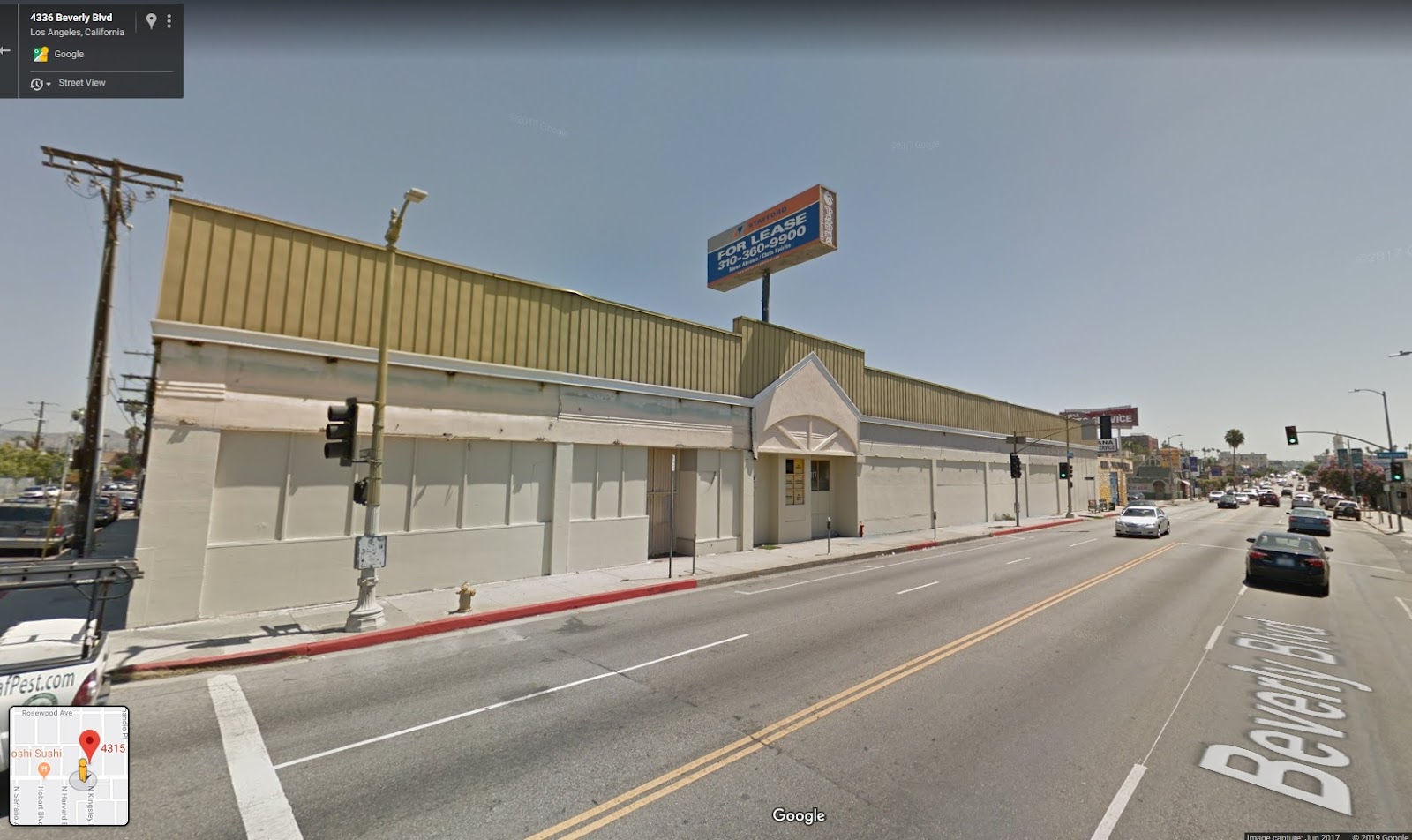 Well, itâ€™s whatâ€™s on the inside that really counts after all. There is surely something special about this unassuming old supermarket that will make fans say â€˜wowâ€™. 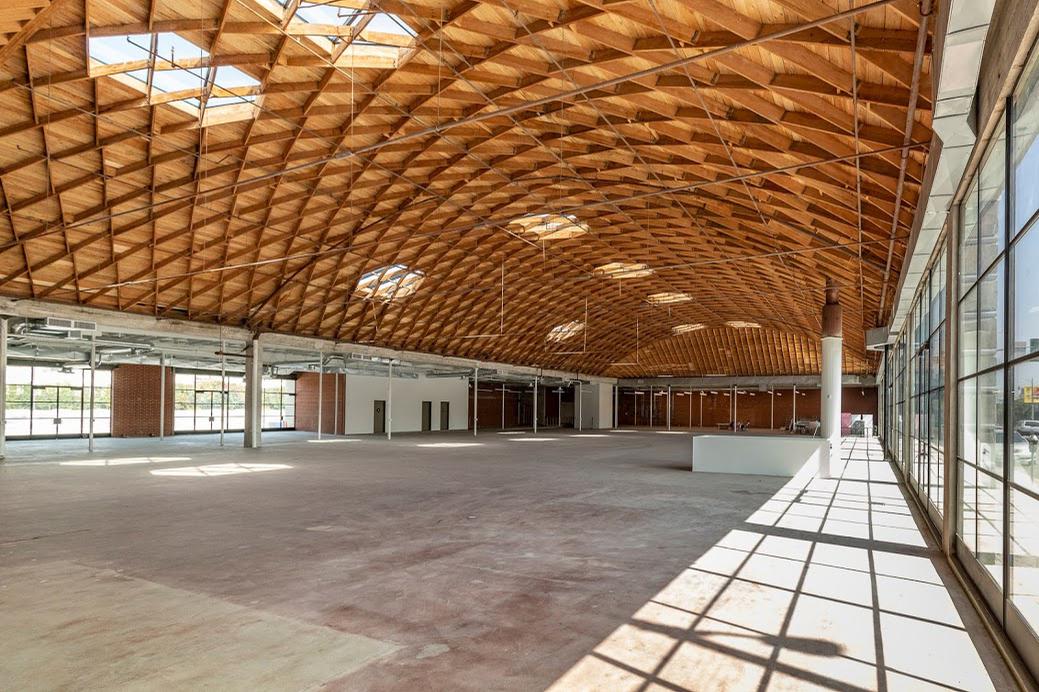 RFRSHâ€™s vision for the $1500/hr warehouse was an experience for fans, players and talent to be closer than ever. The concept video showed a â€˜player villageâ€™ that looked like a trailer park / zoo exhibit hybrid next to fan spaces.

While the event came and went without too much fanfare beyond an NA audience excited for a Team Liquid victory, the handling of the venue change and price hike left a sour taste in the mouths of many fans.

Without any warning, BLAST Pro Series Lisbon was crossed off the list for events in 2019 and the reason behind this appears to be a miscount on the side of BLAST.

While BLAST initially had eight scheduled events including its Global Final, each partnered team were scheduled to appear at five and skip two.

The total number of qualifying events had to be reduced by one to give equal chance to all teams and not breach the self-imposed limited event presence rule.

After a successful event in Lisbon last year, many fans were left disappointed that BLAST was not the one breaking the news about the issue or owning up to the mistake.

Getting to go to a CS:GO tournament for free is something people would love to be able to do.

BLAST Pro Series Moscow gave this opportunity to one individual, but this was not thanks to ticket giveaway or competition.

Infamous YouTuber Simon Wilson, in a video titled 'MOSCOW, RUSSIA WITH NO MONEY - DAY 1', was able to casually stroll into the event with no ticket, no pass, no credentials and no checks.

This raised red flags and serious security concerns as it is not unheard of for players and talent to frequently receive abuse, events to be hit with gun threats and only a year after the Jacksonville Landing shooting in the US during a Madden tournament.

In the case linked above, it wasn't even a random fan sending the threat but an individual who worked for the AVANGAR organisation who could well have had access to an event such as BLAST Moscow by that time.

do not know what to say. Because of one message, I lost my only job. I want to apologize personally to @k0nfigCS and to my former organization @avangarkz. Health to your family, you are a good player. And I behaved like a stupid child because of the amount of money lost. Sorry :(

While security cannot be expected to know every single person on social media who might have been critical or inappropriate towards those at the venue, basic checks should be in place regardless.

Bahrain for the Global Final

The decision to hold the BLAST Pro Series Global Final in the Kingdom of Bahrain was initially met with confusion and laughter.

Portugese fans were hoping to get an event to make up for the one lost earlier in the year and mirror the December date for Lisbon 2018.

12 months
7 tournaments
The best CSGO teams in the world...

Itâ€™s come down to this. The BLAST Pro Series Global Final has found a home.#BLASTProSeries#Bahrainpic.twitter.com/0AG4QJUcAr

As the dust settled, people began to look into the situation on a deeper level.

Steven Rondina's piece for WIN.gg examined the sportswashing, or esportswashing in this case, that takes place in the Middle East and the significance of government involvement being a likely reason for the BLAST tournament taking place in the Kingdom.

While there were a fair share of problems over 2019, BLAST Pro Series managed to deliver good events with positives to be found.

The production quality was consistently high and the talent brought into CS:GO through its tournaments including Adam Savage, Eefje "Sjokz" Depoortere and pushing Christine "potter" Chi as a regular analyst on their desks have been undeniably beneficial.

With RFRSH now putting all of its efforts into BLAST for 2020, there is room for improvement and only time will tell if lessons have been learned by the tournament organiser.