by
Matthew Miter
Learn how to participate in one of the most fun, organized for community events in CS:GO. ESEA, one of the most popular tournament organizers, most notably in Counter-Strike: Global Offensive, returns with one of its most popular weekend tournaments - ESEA Minecraft Cup. Players will once again have a chance to showcase their CSGO skills on Minecraft-styled maps. 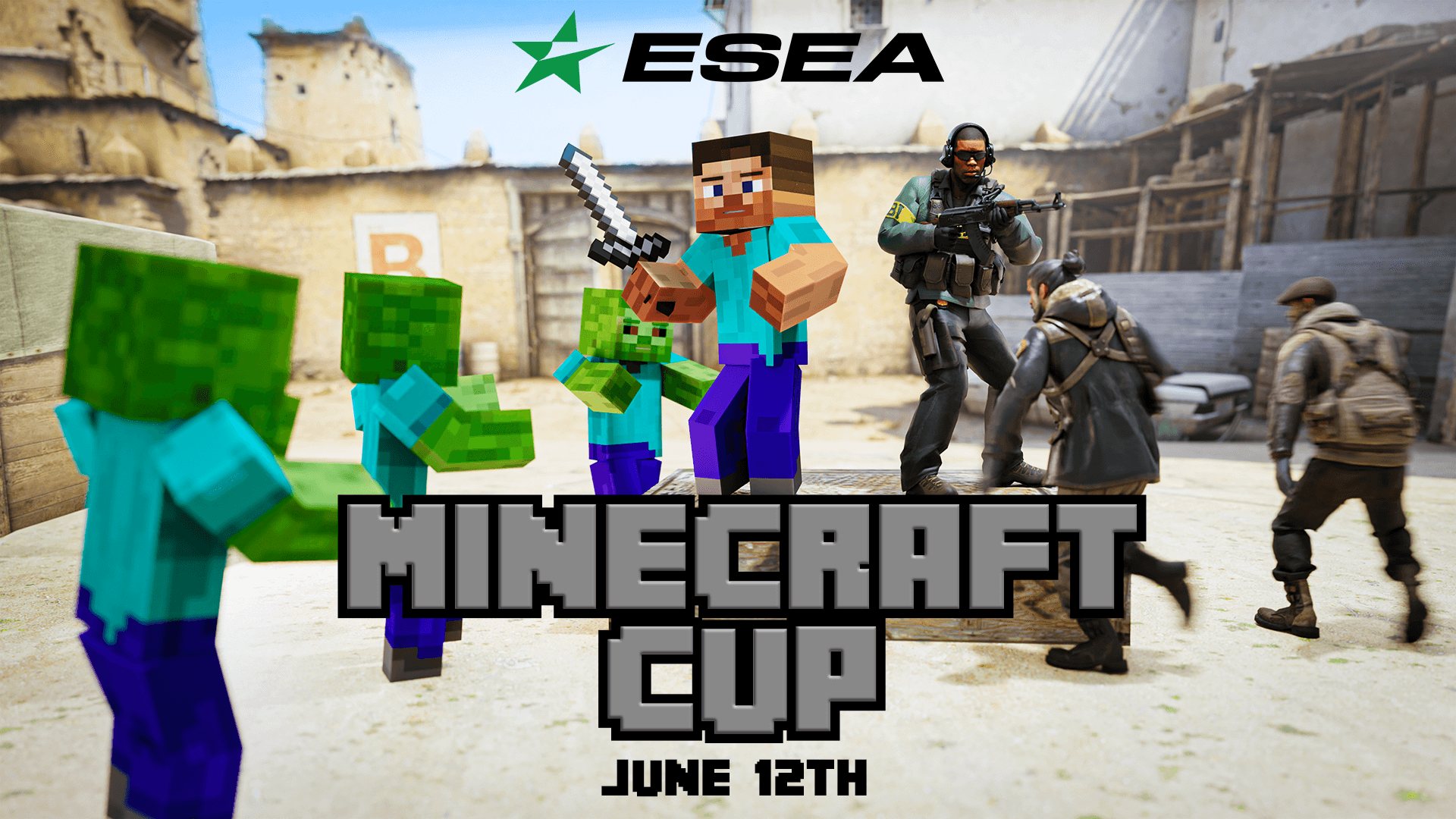 ESEA on TwitterBack by popular demand, grab your pickaxe and some iron armor and get ready for some more ESEA Minecraft Cup action!Compete on Minecraft themed maps and win some great prizes this weekend.Sign ups and info: https://t.co/Gm372gvNiV pic.twitter.com/rLrnx2RKsy— ESEA (@ESEA) June 7, 2021ESEATwitter

The tournament is made for two regions: Europe and North America. In both of them two teams, assembled by five players each will battle each other on five maps, every one of them created in Minecraft theme: Mirage, Dust2, Aztec, Canals and Mcsandstorm. You can register for the tournament by entering this link. To do so, you must best Premium or Insider member of ESEA.

Attractive prizes await the two best teams in every region. Each player in the second-best one will be awarded an AK Orbit Factory New skin, which as of now goes for around US$20 on Steam Market. Winners will be given five AWP Redlines Factory New, which can be bought for around US$50.

The event will take place in the upcoming weekend, on 12th June at 4 pm CEST and ET time for European and North American region respectively. Registration for them will close five minutes before the start.