by
GINX
The move was made in order to positively impact teams’ ability to travel, train and compete. 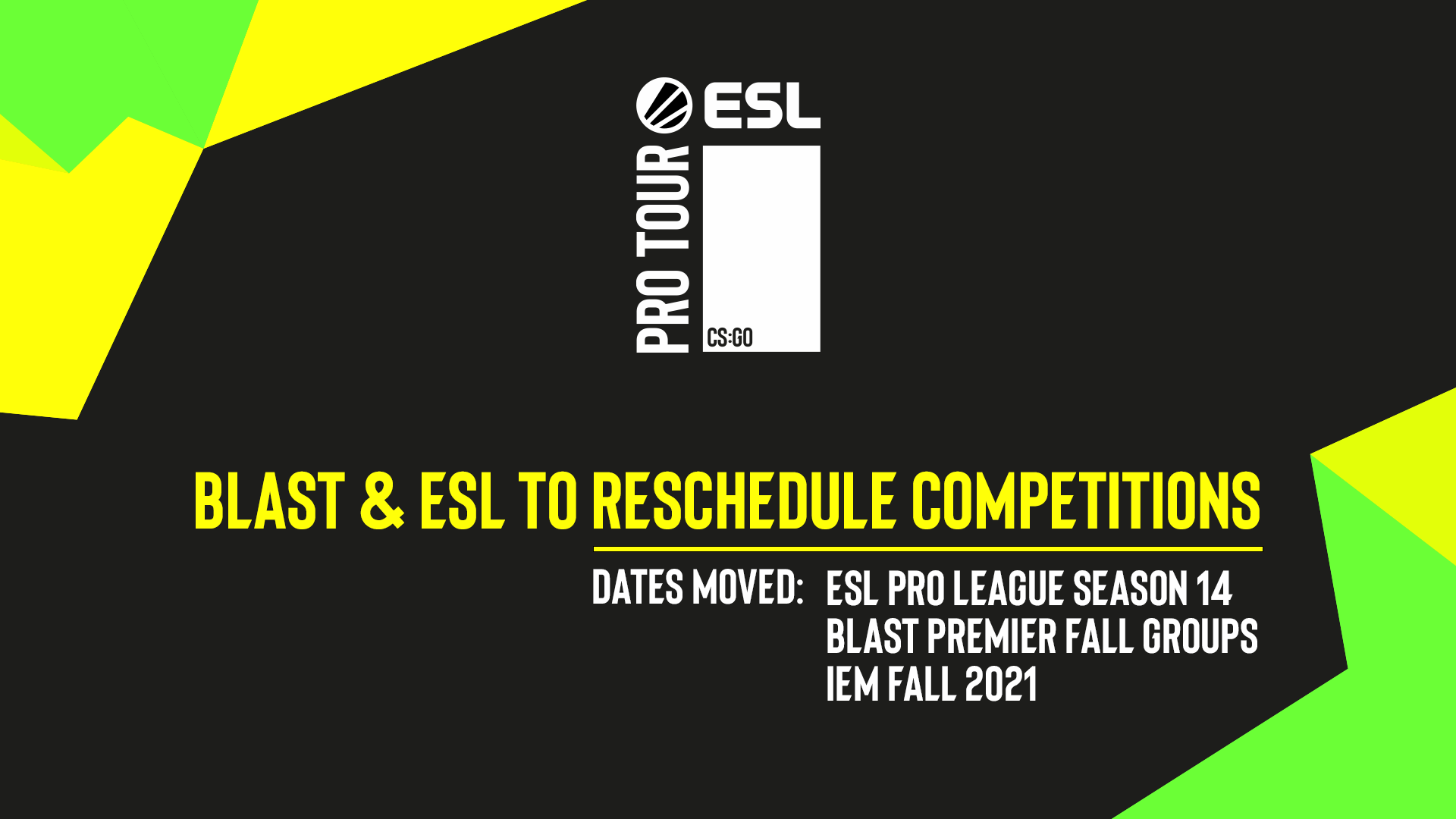 The next season of ESL Pro League, originally planned to run from 8th September to 10th October was given a new date of 16th August to 12th September. This means that EPL season 14 will be the first major tournament after the player break, which will take between July and August this year. What’s more, the tournament is still planned to take place in person in Malta.

At the same time, ESL announced that IEM Fall will be held from 28th September through to the 10th October. Such a date was determined to avoid potential confrontation with the upcoming PGL Stockholm Major, scheduled for 23rd October - 7th November.

Meanwhile, BLAST Premier Fall's inauguration event has been moved forward to 16th September. It has yet to be decided whether the tournament, alongside IEM Fall, will take place in-studio or online.

Both parties say such effort is a part of a “unified approach to the governance of scheduling tournament dates, rulebook alignment and integrity policies.”

What’s more, both organizers commit to continue collaborating in order to improve next year’s calendar.  “We are working together on a range of matters which include rulebook alignment, integrity policies and scheduling for the 2022 season.”