by
Felix "Frog" Bergeron
One of the latest players invited into FPL, EasTor is not just Movistar Rider's primary AWPer, but one of Spain's most promising and underrated Counter-Strike players. After an early competitive appearance in 1.6, Rajohn "EasTor" Gregory started his professional CS:GO career in late 2015 with Spanish organisation overGame eSports as their AWPer.

The team first made their presence known in Liga de Videojuegos Profesional Season 9, managing to win a multitude of online matchups and qualify for the LAN final in Madrid.

Despite helping his team make it out of the group stage with an impressive 1.17 average HLTV rating (1.0), EasTor had met his match when he faced fellow Spanish sniper David "Kairi" De Miguel and the rest of x6tence in the semifinal.

Still, a 3-4th place finish was a great start for the new Spanish team and, perhaps more importantly, EasTor had proved to be a great player on LAN.

Themselves falling short to gBot eSports Club in the grand final of LVP S9, x6tence decided to drop all its players except for Antonio "FlipiN" Rivas del Rey, who was tasked with assembling a new squad for the organisation.

The team he put together was comprised of none other than EasTor and his overGame teammate Alfredo "Enanoks" Ãlvarez who also had a pretty good showing at the Spanish LAN.

After a year under FlipiN's leadership, EasTor finally lifted his first trophy at the LVP Season 11 Finals in Madrid, where he managed to boast a very impressive 1.37 average HLTV rating.

Not long after the victory, the x6tence roster decided to part ways with the organisation and FlipiN. They decided to head in a different direction and, for the first time in his career, EasTor took over as in-game leader.

The team received the opportunity to play under G2 Esports in a Spanish branch as the organisation was based in Madrid at the time. It was in this G2 Esports.es roster that EasTor really came into his own.

His individual results werenâ€™t fluctuating as much as they had in the past and, even though he might not have been winning events, he was gaining some much-needed experience as a leader by playing in international leagues such as CEVO Main or ESEA Advanced, all whilst establishing G2.es as one of Spainâ€™s stronger rosters when domestic clashes occurred.

EasTorâ€™s performance didnâ€™t go unnoticed for long, as in October 2017, he was announced to be a part of Wololos, an organization-less Spanish lineup attempting to compete at WESG 2017. The team caught the eye of many with the presence of fan-beloved Oscar "mixwell" CaÃ±ellas Colocho and Christian "loWel" Garcia Antoran, primarily known for their time on OpTic Gaming and mousesports respectively.

The Spaniards managed to breeze through the Iberian qualifiers and even topped their group in the European qualifier, securing themselves a spot at the $1,500,000 main event.

They managed to survive the first group stage, but were not so fortunate in the second one, exiting the tournament in 13th-16th place. EasTor averaged a 1.21 HLTV rating in his Wololos matches all while still leading the G2 roster.

Once G2 had ceased its operations in Spain, EasTor had a pretty uneventful year playing for Dragons Esports Club. It was only in July 2019, when mixwell left for North America to play under Cloud9, that EasTor got an offer he couldn't refuse: the chance to represent Movistar Riders, Spain's best team.

After three months of mixed results, Movistar announced the benching of Aitor "SOKER" FernÃ¡ndez and RaÃºl "DeathZz"' JordÃ¡n Nieto, making space for loWel and Brazilian veteran Lucas "steel" Lopes, who would take the mantle of in-game-leader. Lucas is no stranger to the role, having led his former team, Immortals, to the finals of the PGL Major KrakÃ³w 2017.

Since the roster change, the Riders have placed third at the OMEN Atlantic Challenge as well as 5th-6th at both DreamHack Open Sevilla 2019 and the Champions Cup Finals. Following his WESG efforts previously, EasTor and Movistar Riders have now qualified for the WESG 2019 Global Finals in China later this year.

The Spanish-Brazilian mixture are also set to participate in Season 33 of MDL starting 13th January.

With their recent results, Movistar Riders peaked at #29 in HLTVâ€™s world ranking, the highest the organisation has ever been.

Movistarâ€™s roster has also been invited to the FACEIT Pro League, which will allow the players the practice alongside and against some of Europeâ€™s best and brightest, an opportunity they are very excited about.

I have been invited to FPL, thanks to FACEIT for giving opportunities to new people! I will try to do my best. As usual. Thank you! @Faceit_Mikey

His playstyle analysed under the scope

Though heâ€™s a highly capable rifler, you get the most out of EasTor when heâ€™s holding the AWP, especially as heâ€™s collected 64% of his career kills with it.

The Spaniardâ€™s strong suit is without a doubt his capacity to create one versus one duels, making him an invaluable anchor as he can single-handedly shut down his opposition if no teammates are available to support him with flashbangs.

Since heâ€™s often anchoring, heâ€™s usually the only remaining member of his team when retaking the other site, but his strength at finding and isolating his engagements makes him a phenomenal clutch player, no matter what weapon heâ€™s carrying: USP-S, a rifle or an AWP, it's all the same to him.

Though he may not quite be on the level of the infamous Clutch Minister Andreas "Xyp9x" HÃ¸jsleth, EasTor has won 58% of his 1v1s. Itâ€™s worth noting that he isnâ€™t quite as aggressive as Mathieu "ZywOo" Herbaut or Ã–zgÃ¼r "woxic" Eker, but make no mistake, EasTor is still very capable of making plays and finding the first pick for his team.

His playstyle could be better compared to that of Nicolai "device" Reedtz as he finds more success in his aggression when supported by teammates and heâ€™s excellent at picking off enemies one by one, repositioning and being a general thorn in the side of the opposing team, all while hitting wrist-breaking flicks and jaw-dropping no-scopes, mind you.

He may not quite be the next ZywOo or Oleksandr "s1mple" Kostyliev, but EasTor has shown that he has the potential to grow into a world-class talent.

Finally exposed to a higher level of Counter-Strike in the form of FPL and A-tier tournaments, EasTor will continue to grow in 2020. He has great mechanical skills and in-game knowledge from being an IGL in the past.

He's the key to Movistar's future success and if steel builds strategies around the AWPer's strengths, then this definitely won't be the last time you hear of EasTor. 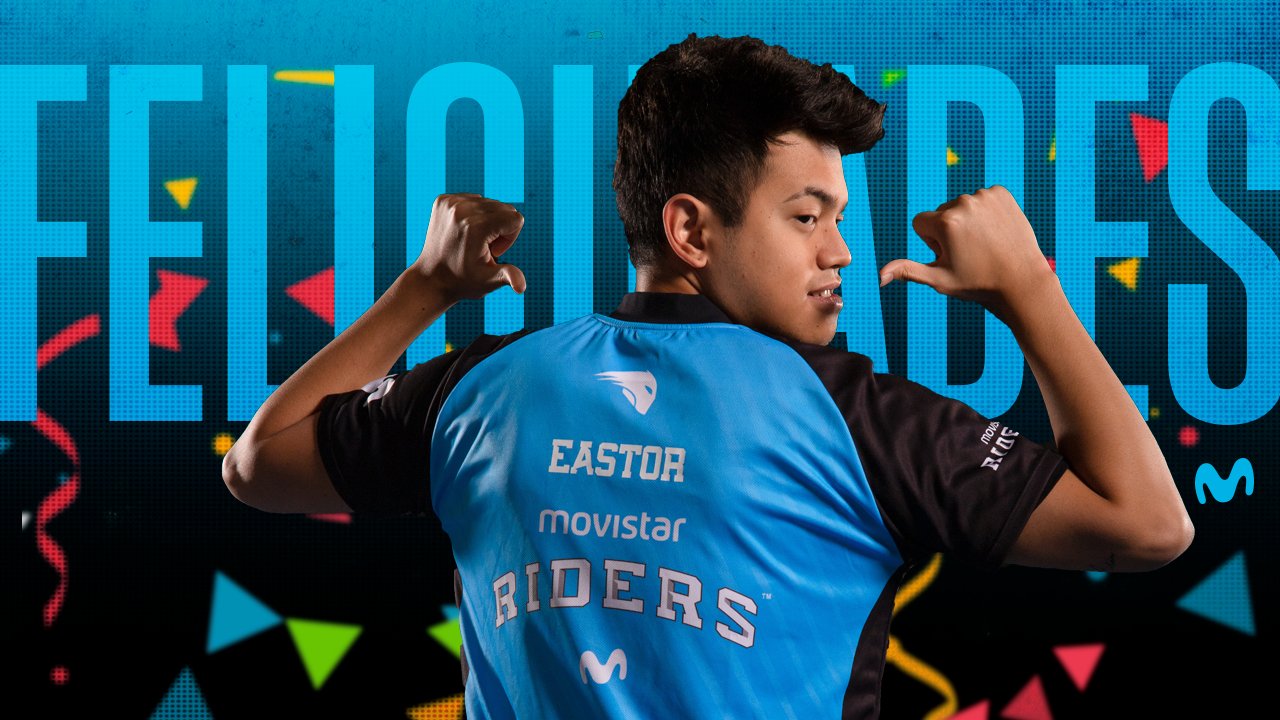