Natus Vincere (Na'Vi)'s Oleksandr "s1mple" Kostyliev is considered by most CS:GO esports fans as the Greatest Of All Time (GOAT). At IEM Cologne 2021, s1mple received the MVP award, following their victory against G2 Esports. Due to the global COVID-19 pandemic, IEM Cologne 2021 was the first S-Tier CS:GO esports LAN for well over a year. At the IEM Katowice 2020 event in March 2020, we saw Na'Vi crush G2 Esports in the grand finals before LANs stopped. With the return to LAN, s1mple actually made CS:GO esports history, breaking a long-standing record.

In the history of CS:GO esports, no player has ever achieved four aces in a single, big S-Tier event.

While there have been many players, including s1mple himself, who has managed three aces in a big CS:GO tournament, none could get to that magical fourth, until now. 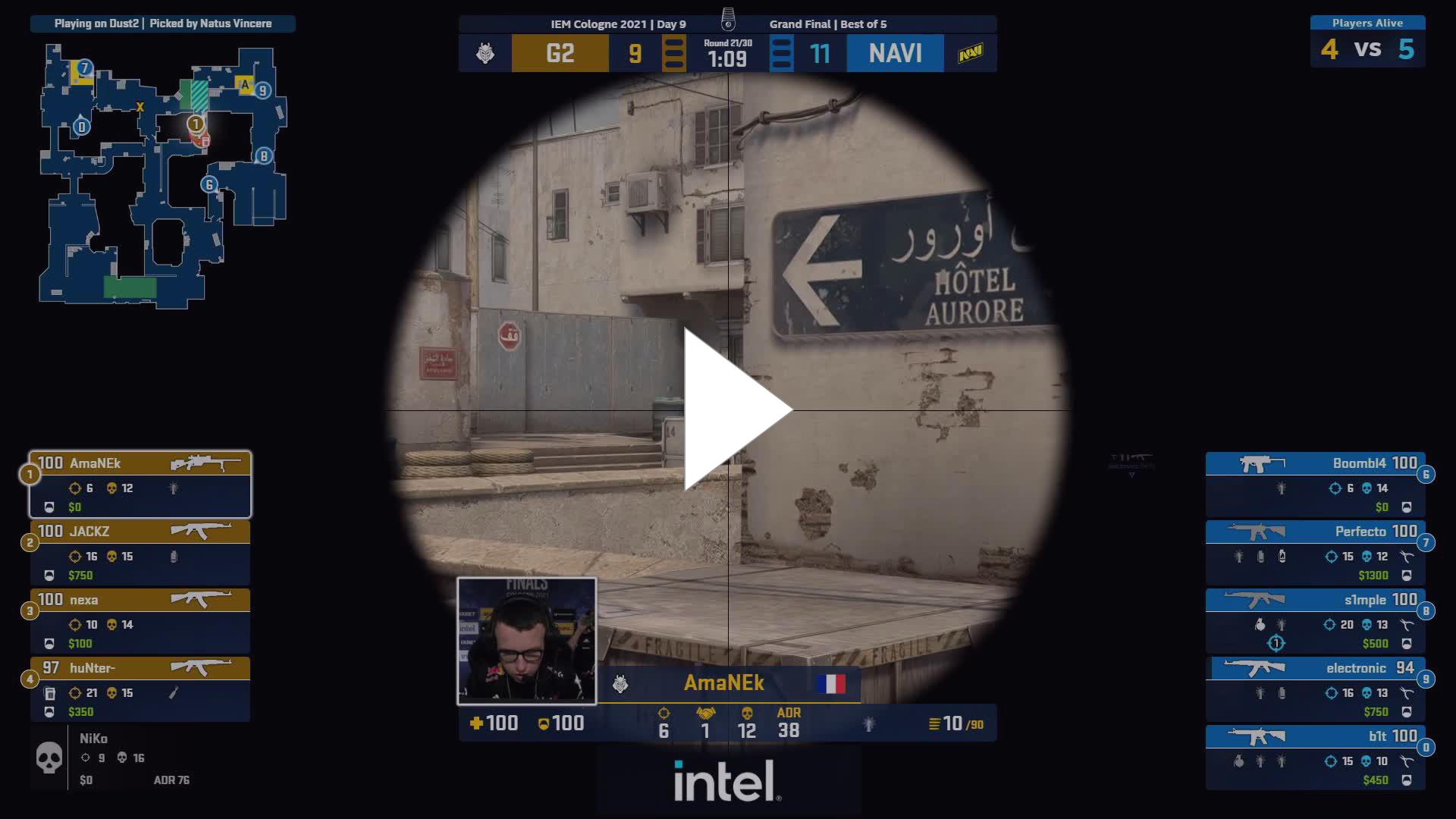 For those who don't know, an "ace" in CS:GO is when one player kills all five members of the opposing team in a single round.

During the grand final of IEM Cologne 2021, on the first map (Dust II) in the 21st Round, s1mple achieved this incredible feat.

To make things even more impressive, all four of his aces came from gun rounds, not eco rounds from his opponents.

According to the stats for the event via HLTV, s1mple had one of his best performances ever at IEM Cologne 2021, with a tournament rating of 1.51.

If you were unable to watch IEM Cologne 2021, you might not know what the results and standings were for this massive tournament, where teams battled for their share of the $1 million prize pool.

Check out the top eight standings of IEM Cologne 2021 below.

In case you just want to watch the highlights of the IEM Cologne 2021 grand finals, check out the video from ESL below.

s1mple's record-breaking ace starts at the 15:50 mark in the video above.