by Chadley Kemp
Here’s what you need to know about OGA Dota PIT Season 5, starting on the 7th of August. The tournament will host the best Dota 2 teams from China competing for $150,000. Published on July 26th, 2021
One Game Agency (OGA) returns with Dota PIT Season 5, taking place from the 7th until the 16th of August. The tournament will host eight of China’s best teams and marks one of the bigger tournaments ahead of the Dota 2 International (TI) 10.

Indeed, many teams will be keeping their TI strategies a secret ahead of the prestigious event, although this does not mean that we won’t see some terrific Dota 2. OGA Dota PIT will include powerhouse teams like PSG.LGD, Vici Gaming and Team Aster, which will be looking to solidify their dominance in the region.

The OGA Dota PIT Season 5 Group Stages will commence from the 7th until the 10th of August from 8 AM BST.

There are a total of eight invited teams competing from the China region. These teams have been divided equally into two groups, as indicated below.

The Playoffs will proceed from the 11th until the 16th of August and will be played in a Double Elimination bracket format and each of the matches will be BO3, apart from the Grand Finals that will be a BO5.

You can watch the Playoffs games from 8 AM BST, except for the Finals Days which will start at 11 AM BST.

The tournament comprises a $150,000 prize pool spread across the top 4 placing teams, as indicated below:

Fans will be able to watch the matches on the official OGA Dota PIT Twitch channel. These matches will be broadcast in English by casters, Jack “MoFarah” Williams and Benjamin “Bkop” Kopilow.

We’ve embedded the channel below for your viewing consideration. 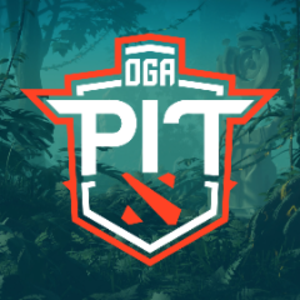 There will also be Russian, Portuguese and Spanish simulcasts available. Here's a prelude to what you can expect: