by Kevin Wolff
Another week went by and another batch of supremely powered cards is now in packs. Here’s everything you need to know for the FIFA 21 Bundesliga Team of the Season official release.

It’s time to keep moving along with one of the biggest promotions in Ultimate Team, FIFA 21 Team of the Season has been full of excitement so far. We’ve seen official TOTS squads for Community, the Premier League, La Liga, Saudi Pro League, and now the German top-flight.

The 2020/21 Bundesliga campaign has been ruled by its long-time kings, Bayern FC. Though the rest of the top four has seen a bit of a shakeup. The ultra-popular Borussia Dortmund have fallen to fourth place while a surging RB Leipzig and Wolfsburg fill out second and third.

Throughout the league from top to bottom teams have been powered by some terrific individual performances. And now those in top-form all season will be rewarded with TOTS cards for their stellar play. 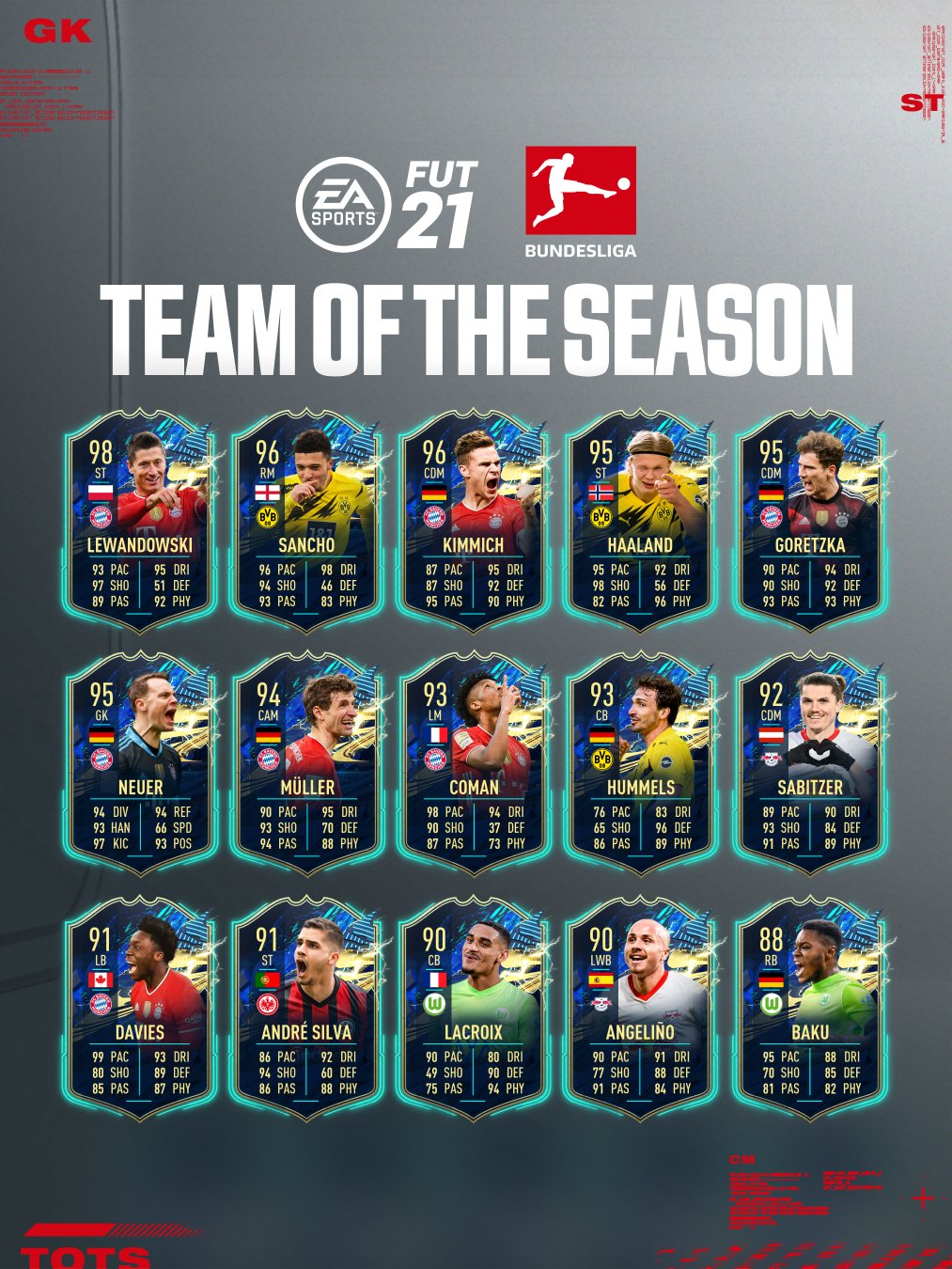 Live in FIFA 21 Ultimate Team as of Friday, 14th May 2021 at 6 pm GMT, the Bundesliga TOTS will be available in packs for a one-week period. The official squad will be accompanied by SBC and Objectives players available for unlocking. Check out our FIFA 21 tab for information on the Bundesliga TOTS SBC’s as well as Objectives players.