by Kevin Wolff
The next squad of spectacular cards is now available in packs. Here’s all the latest breaking information on the official release for the FIFA 21 La Liga TOTS.

Underway for multiple weeks now, the heralded Team of the Season event has been filled with multiple batches of exciting cards. We’ve seen the official Community and Premier League TOTS squads, and now the next top-flight is up.

It’s been a turbulent season in Spain with Atlético Madrid trying to hold off Barcelona and neighbours Real to win the league title. Their teams have been powered by some heroic individual performances, and now those players will be recognized for their top play. 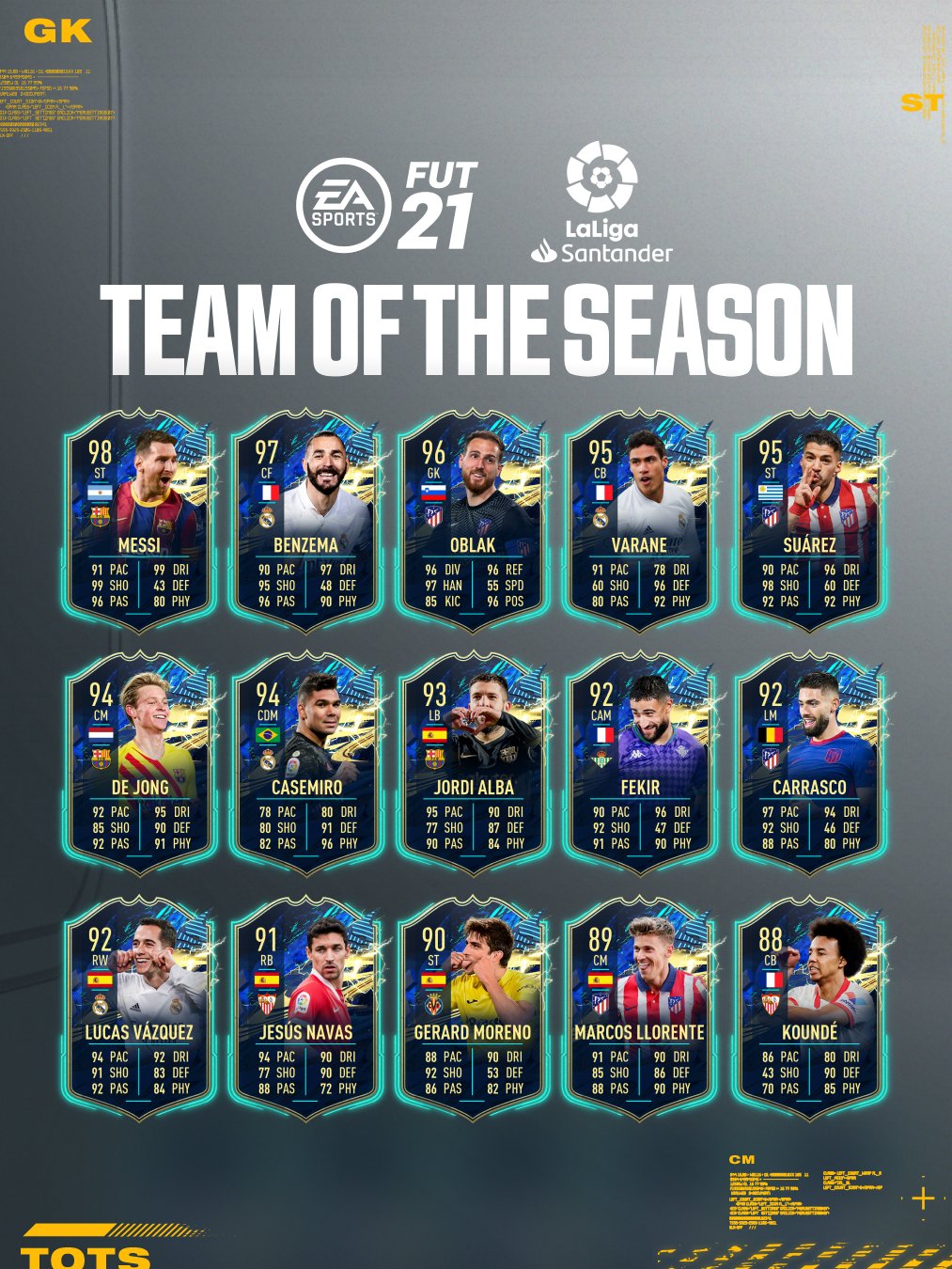 Live in-game as of Friday, 7th May 2021 the La Liga TOTS squad will be available in packs for a one-week period. The official squad will be accompanied by SBC and Objectives player challenges for additional cards.

Check out our FIFA 21 tab for information on the La Liga TOTS SBC’s as well as Objectives players.