by Kevin Wolff
The wait is finally over and Team of the Season is finally here! The first squad of illustrious players will soon release in-game, so here’s everything you need to know for FUT 21 TOTS. Arguably the most anticipated event in every Ultimate Team cycle, the FIFA 21 Team of the Season will soon be upon us. As domestic leagues wind down each year, EA Sports selects the top performers per league at each position.

These players receive extremely high-powered Team of the Season cards as recognition for their impressive campaigns. In addition to the official league squads, EA Sports has also compiled a list of honourable mentions from leagues across the world. These honourable mention players will be voted on by the fans to decide the TOTS Community Vote squad.

In the lead up to the TOTS promotion going live, EA Sports has released images for the loading screen displaying the new TOTS card. As we inched closer to release time, the image gave hints about three of the TOTS players set to be released.

The official squad was accompanied by 2 exclusive TOTS Objectives Challenges as well as an SBC. 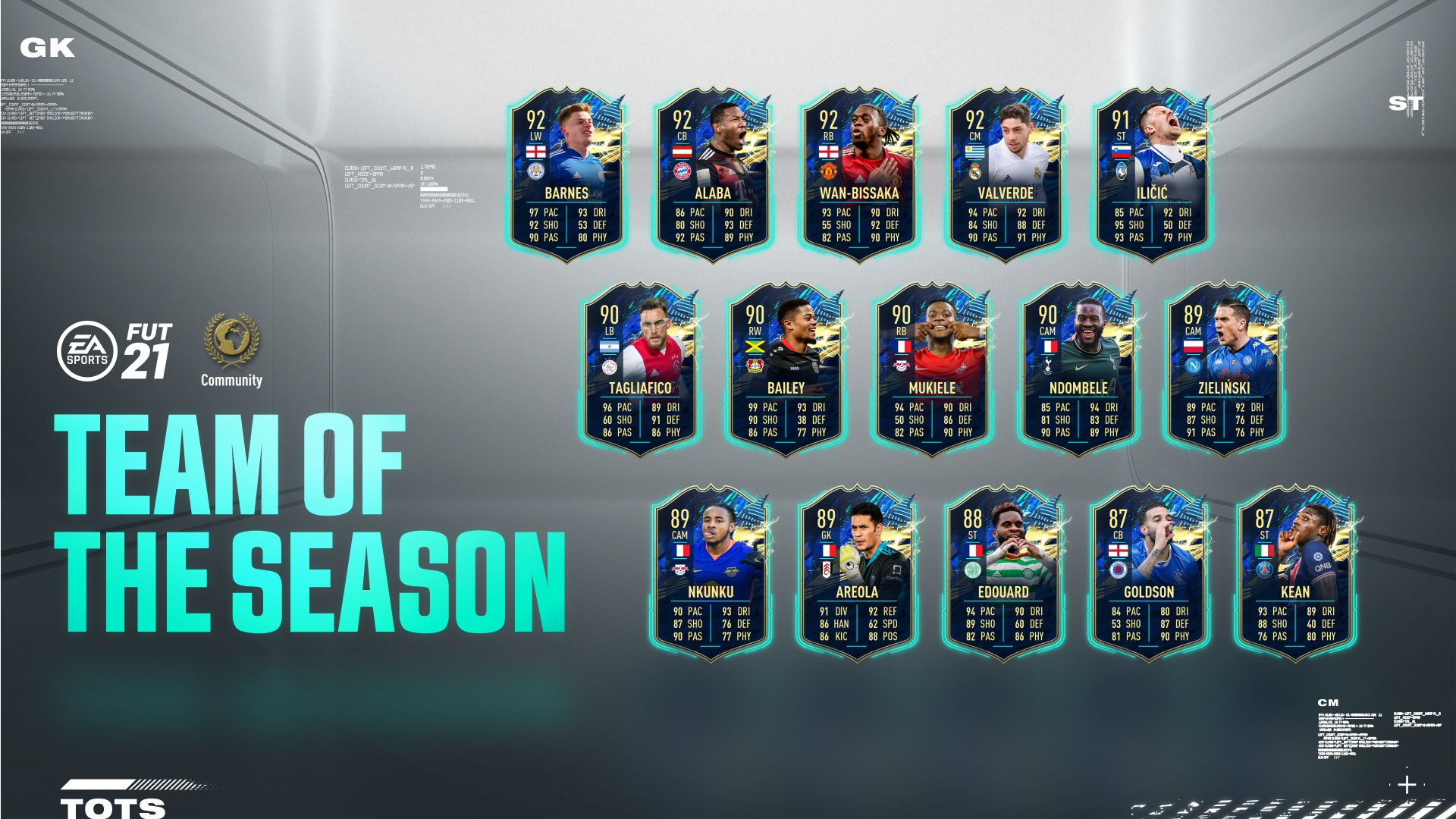 It is yet to be revealed the order of release surrounding the different top tier leagues. While you wait, you can take a look at our official TOTS predictions for the Premier League, La Liga, Bundesliga, and Serie A.

Complete this set of objectives to earn TOTS Ángel Correa.

Make sure to keep our entire FIFA 21 tab bookmarked during this hectic period for all of your Team of the Season needs.