Alejandro Sandoval
Published: May 8th, 2021, 02:54
Hard challenges and lots of rewards will be coming to Genshin Impact in the next few weeks. As the time passes, many players from the Genshin community have enjoyed all the new content released on the Update 1.5, including plenty of events and two new characters. However more additions have started to leak around the next big update, adding many references to the Inazuma region with the reveal of Kazuha.

This time, we will cover many of the new intel released around the new events and challenges found in the beta servers of Genshin Impact, thanks to the dataminers from Project Celestia and Genshin Intel, and which feature some clues about the new region that will be added later on.

This challenge will bring the hardest bosses from all of Teyvat to a single new Domain, along with a new one that will make its debut in the update, the Maguu Kenki.

These bosses will be unlocked during a whole week, after which all quests will be available during nine more days. The unlocking rotation for the first week of the event will be as follows:

Before you begin your challenge, you will be able to choose the difficulty and select certain Flairs, which will allow you to accumulate more event points. The Flairs consist of various buffs and negative effects that will affect the entire fight.

Once you complete a quest for the first time, you will receive additional points you can use to claim many rewards. The points and rewards will be available until the end of the event period.

This challenge will be divided into two sections, covering seaborne and airborne portions. This event will feature a score based on time trials, so the least amount of time you take to complete the challenge, the more Wavesplitter Insignias you can collect.

The main tool of this event will be the brand new Skiff, a very mysterious waterborne vehicle that can be summoned to its skipper's side using a Skiff Waypoint, points that will be around the coasts of Teyvat. It is also armed with two cannons and gets damaged over time at sea, but can be repaired.

Project Celestia on Twitter[1.6 Render] The Mystical Skiff.The Skiff is a very mysterious waterborne vehicle that can be summoned to its skipper's side using a Skiff Waypoint.One person can only own one Skiff.â€» Subject to change.#ProjectCelestia pic.twitter.com/ZE11DsDWIF— Project Celestia (@projectcelestia) April 29, 2021Project CelestiaTwitter

Aside from the time objective, you can collect Wavesplitter Insignias navigating with your Skiff around the challenge. To give you a speed boost, you can also look for Charged Particles which will charge up the Skiff’s Accelerate ability.

During the challenge, you will also have to take care of the floating enemy structures which will be covered by Violent Wind Barriers, preventing you from approaching them. To destroy them you will have to use the cannons included in the Skiff.

Finally, Whirlpools will also appear in some occasions, which can deal a lot of damage to your Skiff if you are too close to them. If the Skiff is destroyed, you will be ejected from it and the challenge will be over.

As for the Wavesplitter Insignias, these will serve as a new event currency, being able to change them for exclusive rewards to be announced later.

This event will be very similar to the Contending Tides challenge added in Update 1.4. In this event, you will have to face seven stages of timed challenges, with three difficulty levels each. 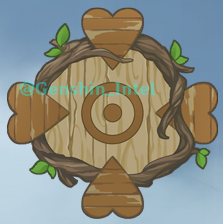 To play you will have to reach Adventure Rank 20 or above. You will collect points according to the difficulty you chose and the time you use to complete them, getting more rewards the more points you obtain.

Each stage will also have its own special features, called the Momentum Discs, which you can destroy using different tools to activate various additional buffs.

To finish, in this minigame you will have to defeat some pitching machines called Magical Fortress by hitting and returning various balls they serve. Perfect returns will deal additional damage, capable of breaking their shields.

This event can also be played on Co-Op mode, and you can get some basic rewards like Primogems, Mora, Hero’s Wit, and Enhancement materials.

And that’s all for now, more on these new challenges will be revealed officially at late May or early June, when the Update 1.6 approaches its global release.