by Alejandro Sandoval
Yanfei is known for being Liyue's top legal adviser, someone who always gets the best deal for her clients that the law will allow. The new Genshin Impact update 1.5 "Beneath the Light of Jadeite" is already underway, bringing with it new features to the game such as the implementation of a new housing system, as well as a lot of content between new weapons, banners, and characters.

The first of these presented a few days ago during the special showcase of the new version, will be a character from the Liyue region known for being someone with a good sense of justice.

Many call her "the law that walks," but underneath, what she really longs for is a life of freedom and happiness. It's time to introduce "Wise Innocence" Yanfei.

Within Liyue, there is a brilliant young lady in whose veins runs the blood of an illuminated beast, making her half Adepti. However, she is more known for being a legal adviser active around the Liyue Harbor, always looking to have the best deal with anyone who requires her services from her.

As the best on what she does, Yanfei is always able to obtain the most benefits for her clients, insofar as the law will allow. From commercial litigation to civil mediation and criminal lawsuits, there is no one who can compare the proficiency of Yanfei’s abilities in every area of law.

And she never stops learning, as reading and appraisal are both her favourite hobbies, The first because it gives her more knowledge, and the second because appraisal improves judgment, something really important when you deal with legalities all the time.

Going a little onto the Adepti thing, she is known for being one of the few half-illuminated beasts who didn’t sign a contract with Rex Lapis, the Geo Archon, this is due to her goal of living a free and happy life, while also making her duty with the people of Liyue. Her normal attack, Seal of Approval, allows Yanfei to shoot fireballs that deal up to three counts of Pyro DMG, while also granting her a Scarlet Seal. The initial max number of Scarlet Seals she can possess is three, and each of these can decrease her Stamina consumption.

When doing a charged attack, it will consume all Scarlet Seals to deal extra Pyro DMG in an area in front of her, which will be stronger on how many Seals you collected before unleashing the attack.

Her elemental skill, Singed Edict, can summon blistering flames that deal Pyro DMG in a nearby area. If this attack hit an enemy, it will instantly restore all your Scarlet Seals to the max. 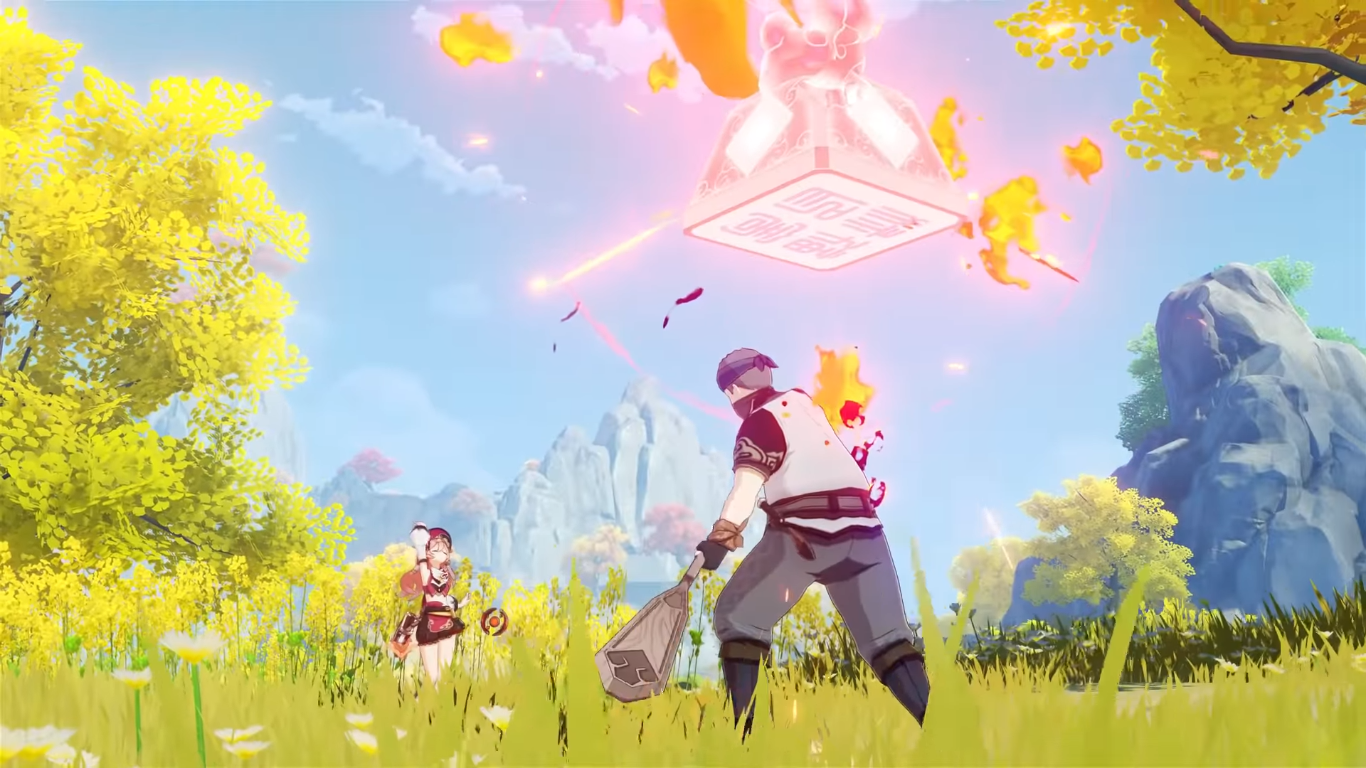 Finally with her elemental burst, Done Deal, Yanfei can trigger a spray of intense flames that rush at nearby opponents, dealing Pyro DMG in its area of effect, granting the max number of Scarlet Seals, and activating a temporary effect called Brilliance.

With Brilliance, Yanfei will periodically get a Scarlet Seal, while this effect will stop when she leaves the battlefield or dies. Starting with the best 5-star weapon for her, the Lost Prayer to the Sacred Winds is a Catalyst only available through gacha, but handles some of the best offensive statistics for any weapon of this kind.

Passively, increases your Movement SPD by 10% making you more elusive. When in battle, you can gain an 8% Elemental DMG Bonus every four seconds, up to four stacks, which will last until the character falls or leaves combat, being very similar to her Brilliance. Moving onto the next and being available as a reward of the BP Bounty, this Catalyst is one of the best 4-star options in case you don't wanna spend a lot, while also dealing tons of damage thanks to its incredible power increases. This 4-star Catalyst is known for being a very fun and versatile weapon thanks to its random effects it can grant in battle, however, this can only be obtainable through gacha.

With The Widsith, when Yanfei takes the field, she will gain one of these three songs, having different effects active for ten seconds: As the main choice for her artifacts, we will recommend the extremely powerful Crimson Witch of Flames set, as it will increase considerably the power of her Pyro attacks and abilities, levelling up to the next stage and making her an unbearable force for any enemy nearby her.

By having two pieces from this set, her Pyro DMG will increase by 15%. However, if you manage to get four pieces of this set, every Overloaded and Burning DMG will be increased by 40%, and also increase Vaporize and Melt DMG by 15%.

In addition, when using an Elemental Skill, it will increase the 2-Piece Set Bonus by 50% of its starting value for ten seconds, up to three stacks. Having as a second option and a little more modest but just as strong is the Wanderer's Troupe set, which is easier to complete by the level of the bosses that you must face to get its pieces, such as the Hypostasis and the Regisvines.

By having two pieces from this set, her Elemental Mastery will increase by 8, and with four pieces, her charged attacks DMG will be up 35% thanks to her being a Catalyst user.

As for the statistics, these will be focused on the ATK and CRIT, as well as exploiting her capabilities with Pyro DMG and Elemental increases: Within your party and unlike other Catalyst characters, Yanfei is designed to be the unit with the highest DPS, so the characters that support her must assist it in terms of elemental reactions and better durability in combat: