Halo's Master Chief could be heading to Fortnite according to leak

Andrés Aquino
Published: Dec 3rd, 2020, 16:44
The legendary Spartan and Xbox mascot could join the battle royale as insiders have found images of Master Chief, as well as a Pelican ship, a Warthog, and a Gravity Hammer. Fortnite fans can expect even crazier crossovers following Season 4, as  Season 5 has already presented Star Wars' The Mandalorian to a lot of fanfare, with leaks suggesting that Master Chief could join in on the party eventually.

According to reputable data miner, FNBRLeaks, the Chief could be a part of Fortnite's Zero Point season, one that focuses on bringing together the best hunters from the entire universe, with the iconic Spartan certainly fitting the bill.

Here's some images of the Halo Cosmetics, these are confirmed to be real. https://t.co/kycgIuSSWl pic.twitter.com/y4umAc8Udu

Fans won't be only getting a Master Chief themed skin, but a ton of cosmetics revolving around the Halo universe too. These include the Pelican UNSC ship, a miniature Warthog vehicle, and the Brute's Gravity Hammer. 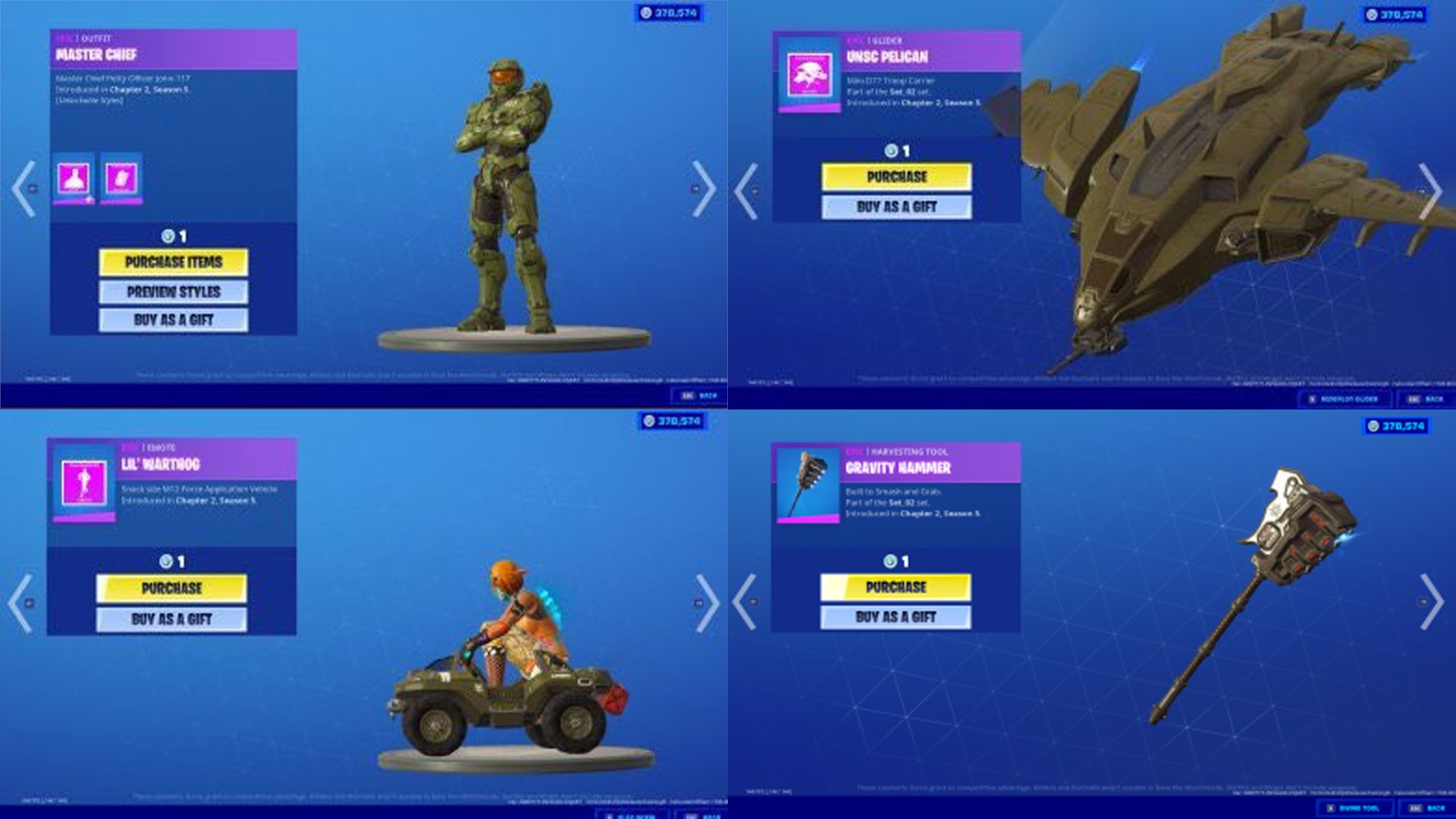 While there's no confirmation, fans are speculating that since Master Chief is an Xbox icon, the skin could be exclusive to Xbox users. It would make sense considering Kratos from God of War, a PlayStation exclusive, was also leaked days prior.

If Master Chief and Kratos turn out to be exclusive skins to Xbox and PlayStation respectively, can we expect Nintendo to join forces with Epic and maybe give us a Link or Mario skin in the future? Only time will tell.