by
Sam "Initia1ise" Hapgood
K/DA called for blades, and Seraphine answered! It’s official: the upcoming League of Legends champion and virtual Soundcloud sensation will be featuring on K/DA’s upcoming album. Published on September 4th, 2020
The rumours have been swirling for a while - not least because Riot has been the ones stoking them - but the wait is over and Seraphine is confirmed to be collaborating on an upcoming K/DA track after months of hints and build-up. 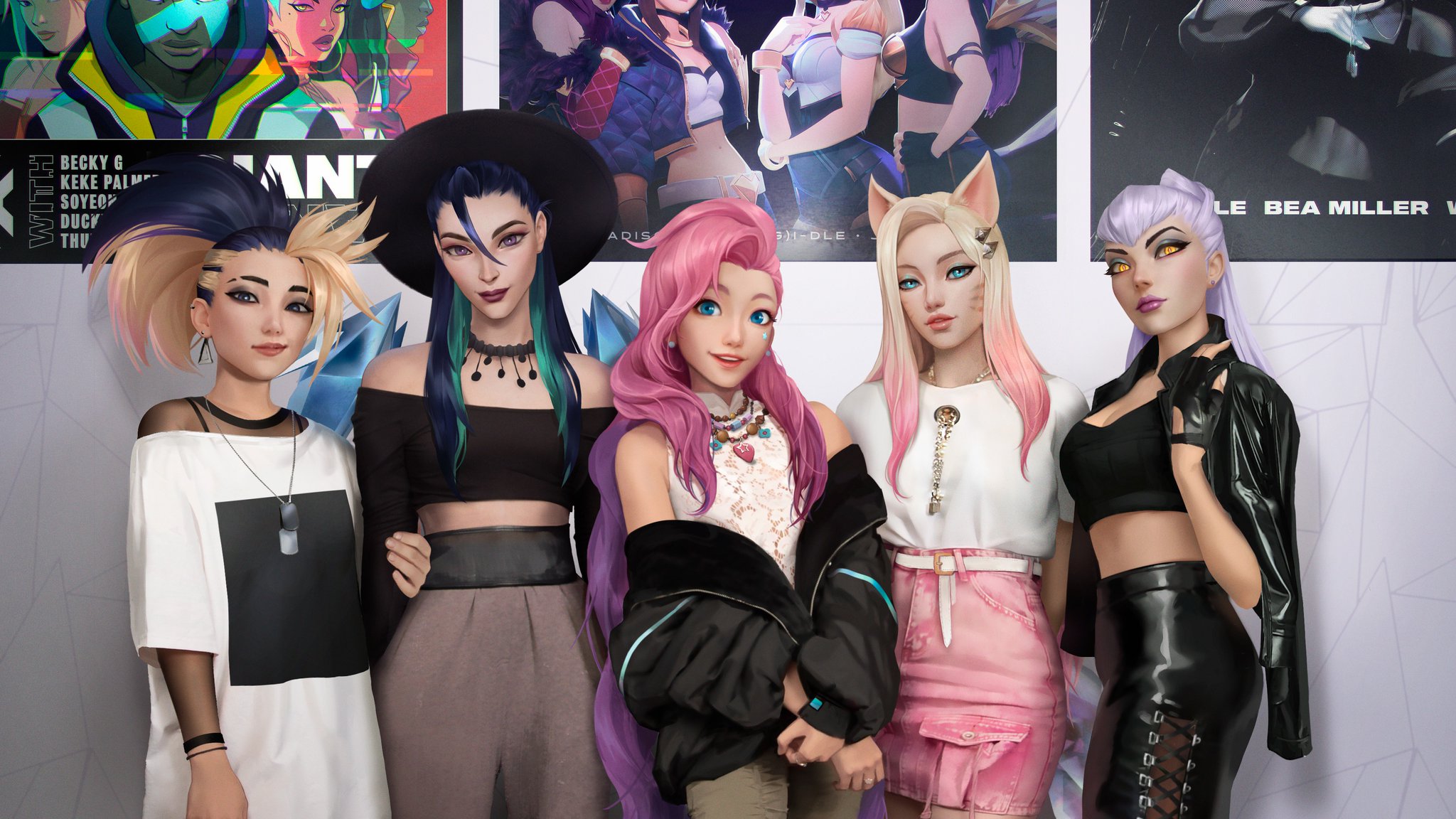 The collaboration was confirmed on both virtual artists’ Twitter accounts earlier today, with Seraphine slated to feature on a track on the upcoming K/DA album and also offer her expertise as a producer… as far as one can produce as a digital character.

Seraphineâ­ðŸŒŠ on Twitteri know a lot of you have been guessing, but i can finally say that i'm collaborating with K/DA!!! i'll be working with them to help produce their album and (gasp!) feature on an upcoming trackðŸŽµthis is seriously a dream come true and it's all possible thanks to youðŸ˜­ðŸ’œðŸ’ž— Seraphineâ­ðŸŒŠ (@seradotwav) September 4, 2020Seraphineâ­ðŸŒŠTwitter

What this is not, however, is an announcement of a fully-fledged new member of K/DA. The original lineup of Ahri, Evelynn, Kai’sa, and Akali is set to remain just that, with Seraphine coming in as a guest. This raises a couple of questions in and of itself: will the K/DA album feature other artists (or realistically, how many)? And does that mean that Seraphine won’t be receiving a K/DA skin when she finally launches in-game? Fans will have to wait a little while longer for those answers. K/DA’s Twitter only states the ever vague “soon” for a timeline for the K/DA release, and Samira still has to be released as a champion before Seraphine will be hitting the rift as a champion. Until then, this latest reveal will have to tide us over.