PSG’s ADC Unified, out of MSI 2021 due to health issues

by
Alejandro Sandoval
The player has presented a case of pneumothorax, complicating his situation on the road to the international event. Through a statement published in the early hours of April 25th, 2021, PSG Talon, the PCS 2021 Spring champions and representatives of this league at the MSI 2021, have confirmed their AD Carry, Wong "Unified" Chun Kit, will not be part of the event due to health problems.

During the Spring Split, the Hongkonger player was diagnosed with pneumothorax, of which a reserved prognosis has been maintained at the request of Unified, but which poses a strong risk as it is a lung condition that can become mortal if not treated adequately.

For this reason, the player was kept under medical observation during the last few days, to determine if it was feasible for him to travel to Iceland due to the air pressure changes involved in the flight, for which it was determined Unified will not be able to compete in the MSI. 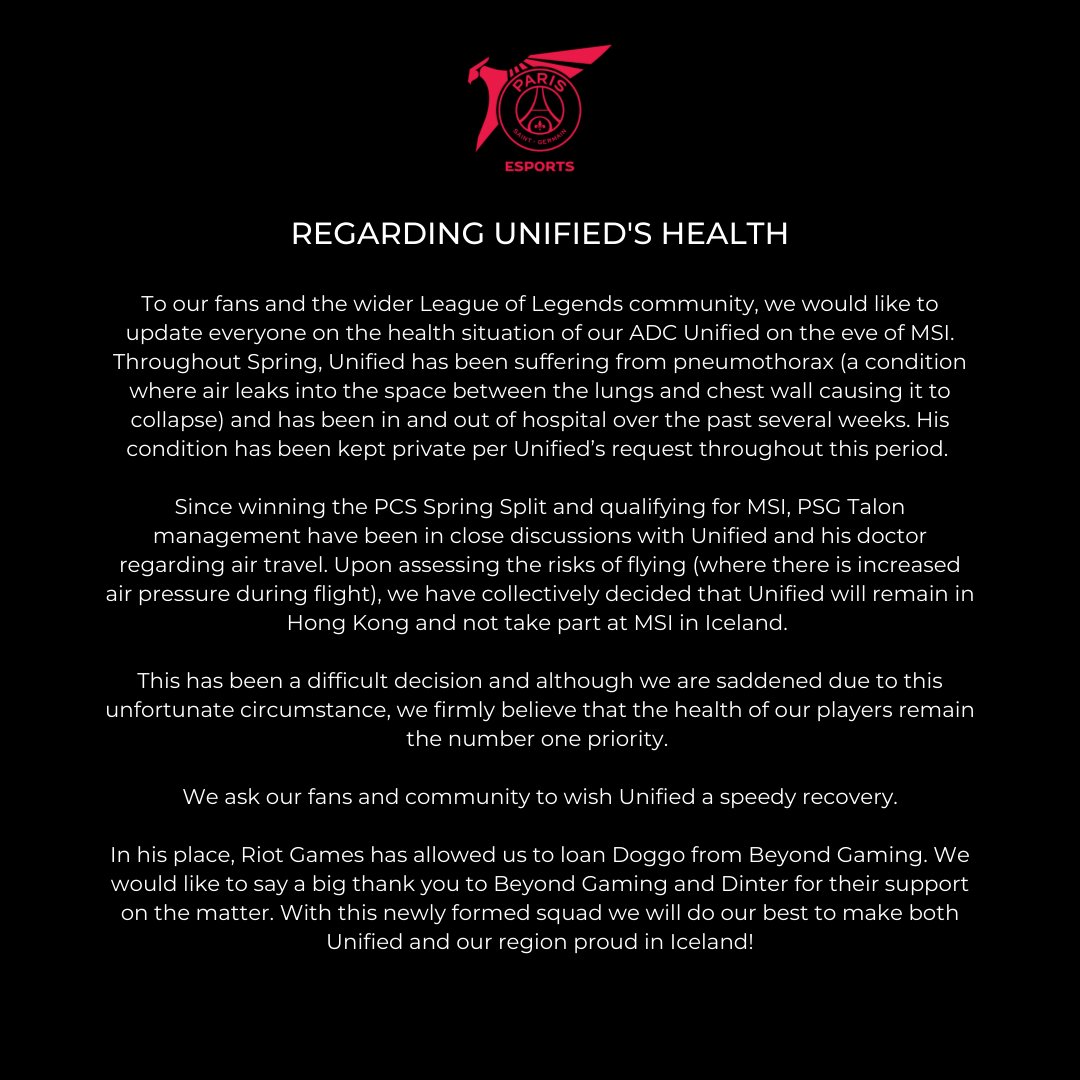 Previously, another well-known player on the League of Legends scene went through a similar situation, Jang "Nuguri" Ha-gwon, who before his run with Worlds 2020 champions, DAMWON Gaming, underwent a successful surgery to treat a case of pneumothorax, after having suffered from chest pain and difficulty breathing the day after the LCK 2020 Summer Finals.

To replace Unified's slot, PSG Talon has confirmed the loan of Chiu "Doggo" Tzu-Chuan, AD Carry of the PCS 2021 Spring runner-up team, Beyond Gaming, and with which they hope to have a run similar to that of Worlds, where they played with almost only substitutes during the Play-In Stage and advanced to Groups.

The 2021 Mid-Season Invitational will take place on 5th - 23rd May, live from the Laugardalshöll in Reykjavik, Iceland.