Gonzalo "mitchmozey" Cardona
Published: Mar 28th, 2021, 22:54
The second Spring regional went up all the way to Game 7 in Europe where Team Queso toppled Solary in the Grand Finals. Team Queso avoided another Grand Finals tragedy by coming back from a 3-2 series deficit and beating Solary in Game 7 to win the second European Spring regional, the team’s first championship victory in RLCS X.

Taking a tactical timeout after Game 5, the Spanish team turned things around by winning two consecutive matches to take the series and the tournament.

The former Magnifico roster avenged their Winter regional #2 loss against Top Blokes and, overcome with emotion, celebrated early after winning the final game 5-1. 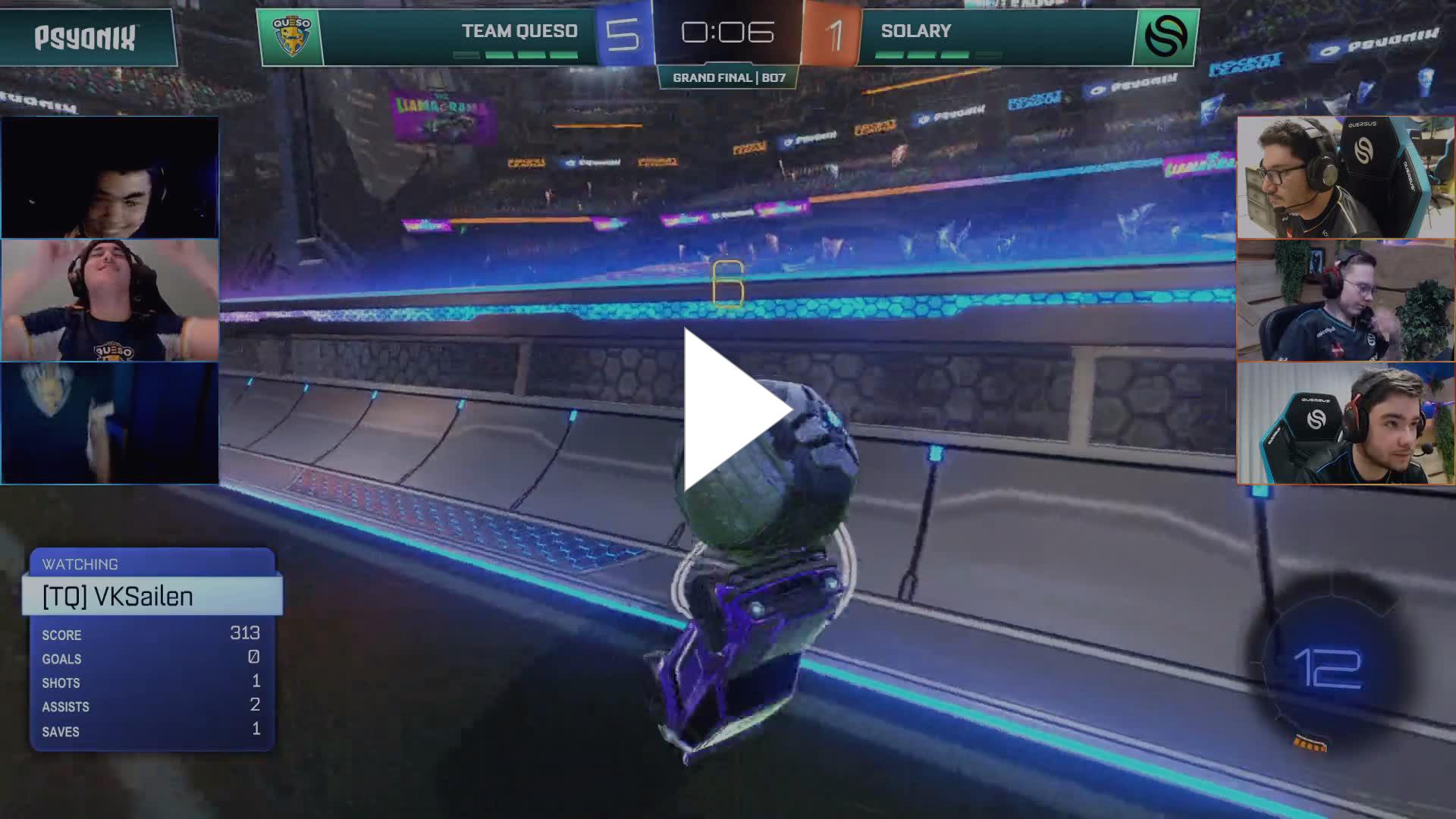 Team Queso have earned themselves $30,000 and 451 points whereas 2nd place Solary walk away with $15,000 and 350 points. Both teams’ finishes are their best placements since the start of the revamped RLCS X.

This was the first-ever EU regional finals without Top Blokes, Team Vitality or Team BDS since the start of RLCS X back in September 2020.

With their first championship up for grabs and their biggest share so far of RLCS points to qualify for Worlds, Team Queso and Solary had more than bragging rights at stakes.

Although Team Queso took an early 2-0 series lead, Thibault "Chausette45" Grzesiak and company clapped back in three consecutive games winning back-to-back overtimes to get themselves to match point. 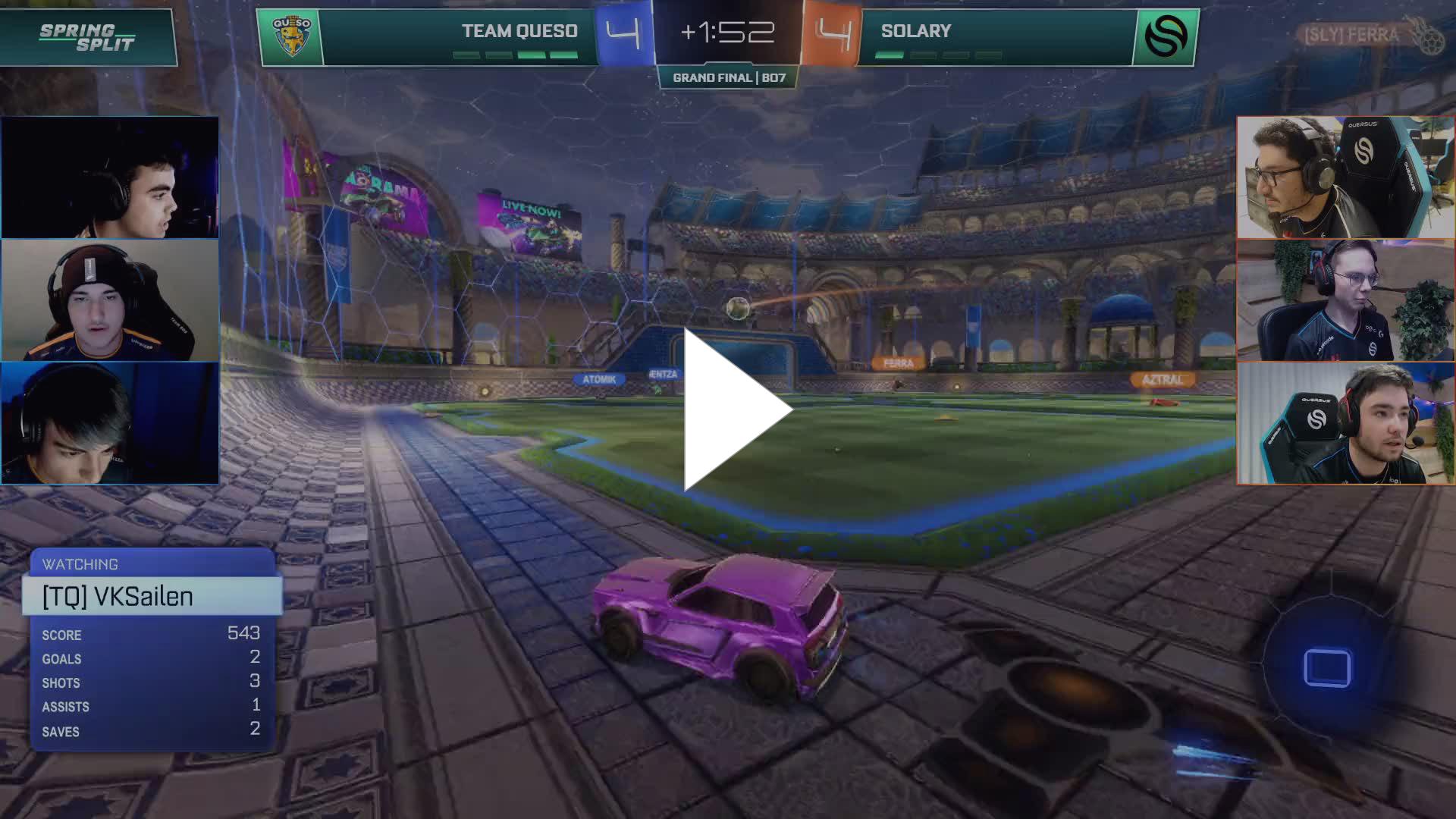 After losing their lead, Team Queso called their one and only tactical timeout which allowed Raúl “DmentZa” Palazuelos to really shine.

Assisting all throughout the series and stunting on them in Game 7 by scoring back-to-back solo plays to secure the championship victory. 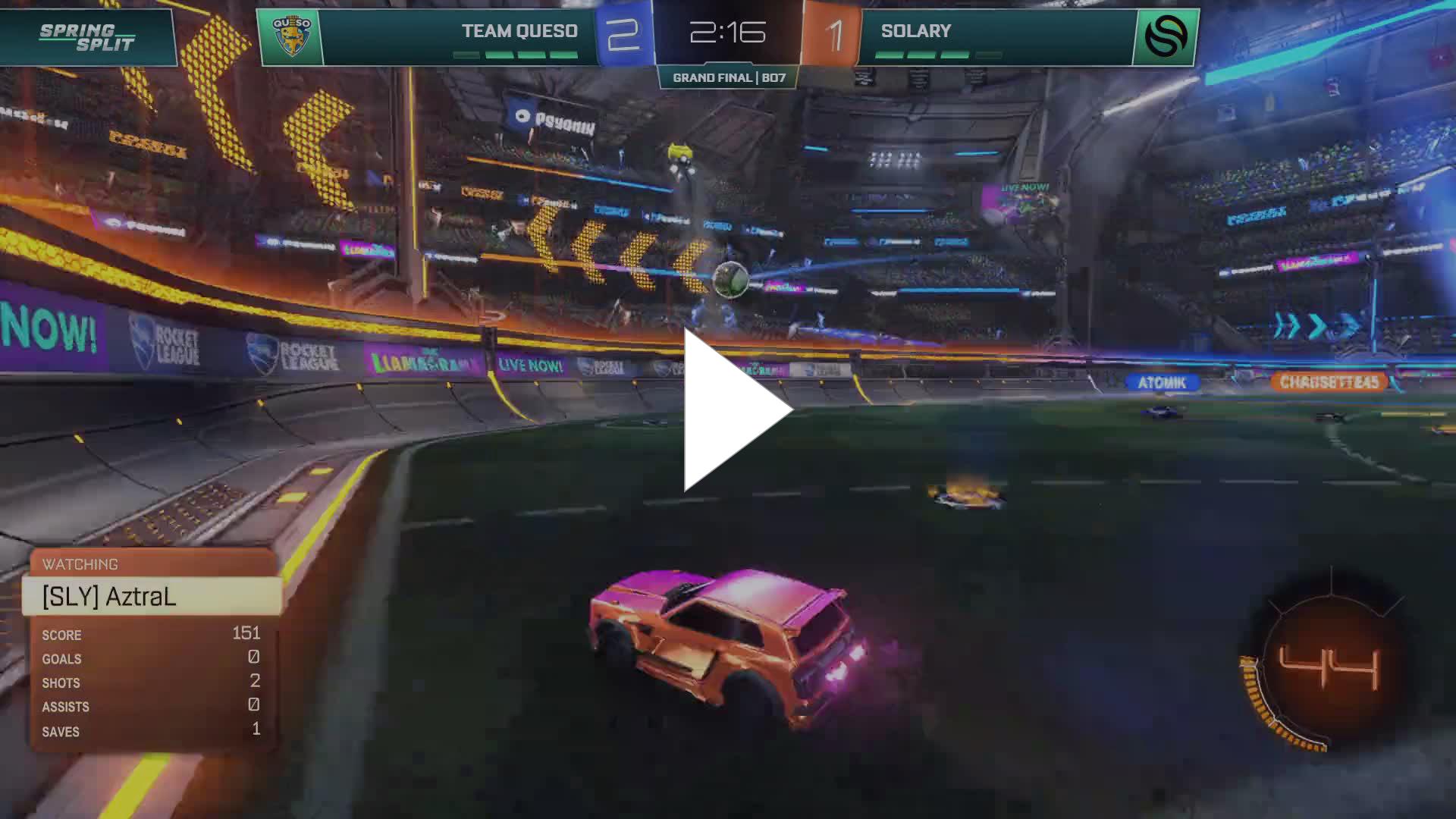 While the audience and casting booth expected a tactical timeout after being down 2-0 or losing their match point opportunity, Solary did not call for it throughout the Grand Finals whereas Team Queso outscored their opponent 10-1 in the last two games after calling for theirs.

Goliaths down, clear paths to the Finals

Solary and Team Queso had similar paths to the Grand Finals, qualifying for the Knockout Gauntlet as their own groups’ second seed, with 2-2 and 3-1 records respectively.

This would ultimately set both grand finalists in the Upper Bracket to start the double-elimination Day 2 where they would both be knocked down to the Lower Bracket after Solary fell to Team BDS and Team Queso was swept by Team Liquid.

In the Lower Bracket though, both teams had to pull off upsets to advance to Championship Sunday as Solary eliminated second place in Europe, Team Vitality and Team Queso stopped Guild Esports’ run for World Championship qualification.

With four out of the top six teams in Europe eliminated come Championship Sunday, Solary would go through underdogs Atlantide Wave and hot newcomers White Demons to get to their first Grand Finals.

On the other hand, Team Queso ran through Rix.gg and avenged their Winter regional loss by eliminating Top Blokes for another shot at an RLCS X championship.

With this result, Solary moves up from 10th to 7th place whereas Team Queso leaps from 9th to 5th in Europe, making them a part of the top six teams to currently qualify for the RLCS X World Championship.