by Gonzalo "mitchmozey" Cardona
This music-themed season brings new tournament drops. Check out the newer and brighter rewards for your championship performances. With the beginning of Rocket League’s Season 2, we have new Rocket Pass tiers, arenas and player anthems to listen to and look at. If that wasn’t enough, we also get a whole new collection of items titled “Accolades II Series” as our Season 2 Tournament Rewards; the untradeable, unbuildable exclusive tournament items that have to be earned on the pitch.

Just like last season, Tournament Tokens can be earned by playing in the fixed scheduled tournaments throughout the day, everyday. The higher you place in the bracket, the more tokens you get from each tournament.

Then, the Tokens rewarded can be redeemed in one of four cups or crates for one drop from the Accolades II series. Each cup has a different drop rate as listed below: 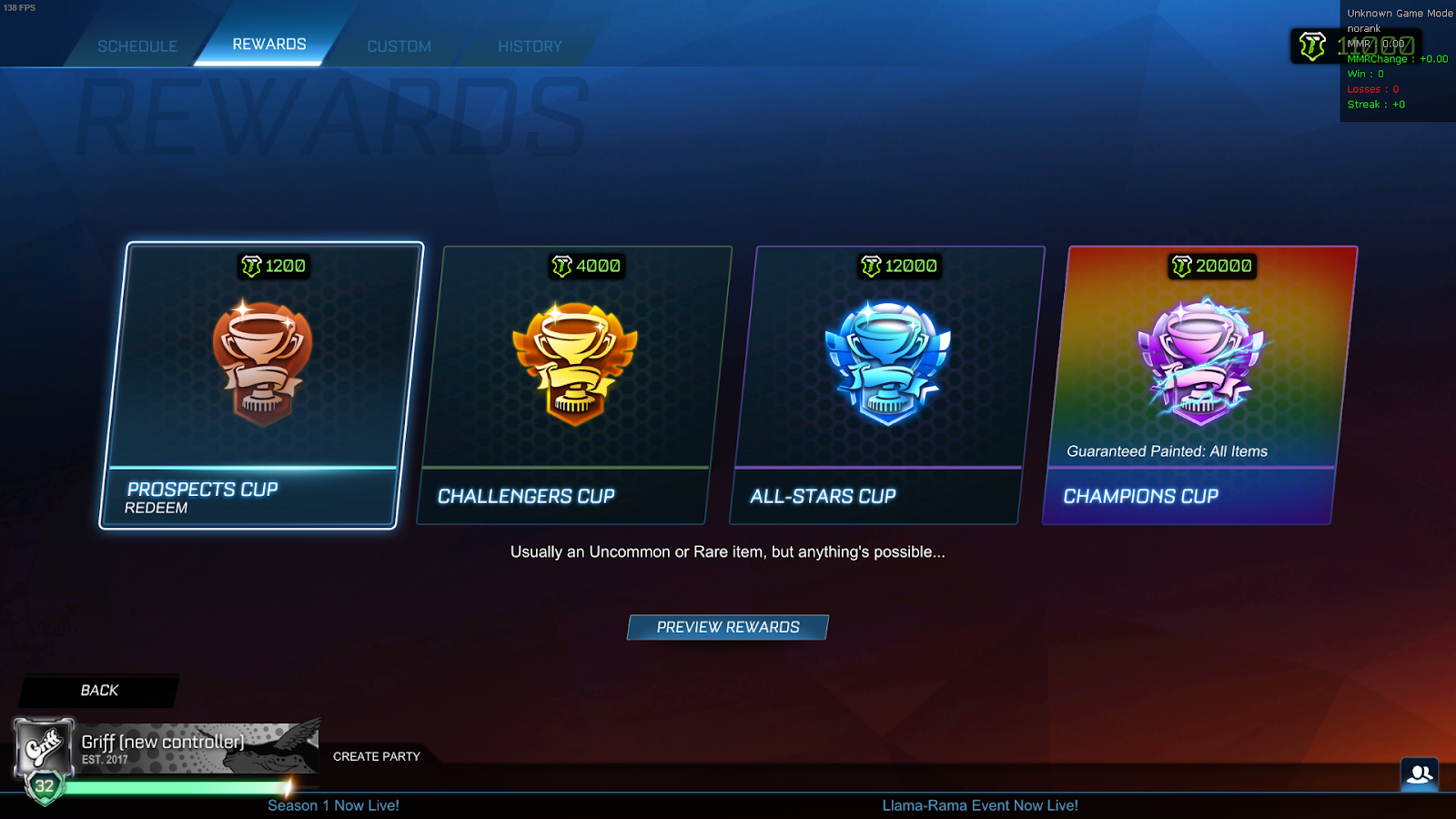 The recommended strat has been to spend every credit on Prospect Cups and trade up all items acquired, that way you can control the quantity of trade ups and which items to keep as you climb in rarity.

With all that out of the way, here are some of the Tournament Rewards for Rocket League Season 2. 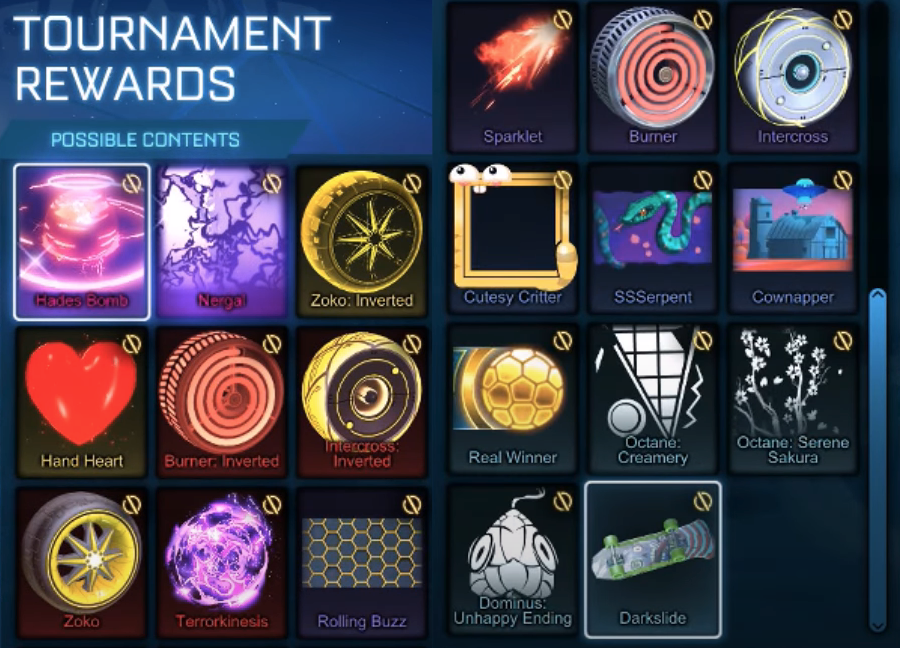 Items like banners, borders, trails and decals make the cut from Uncommon all the way to Black Market. 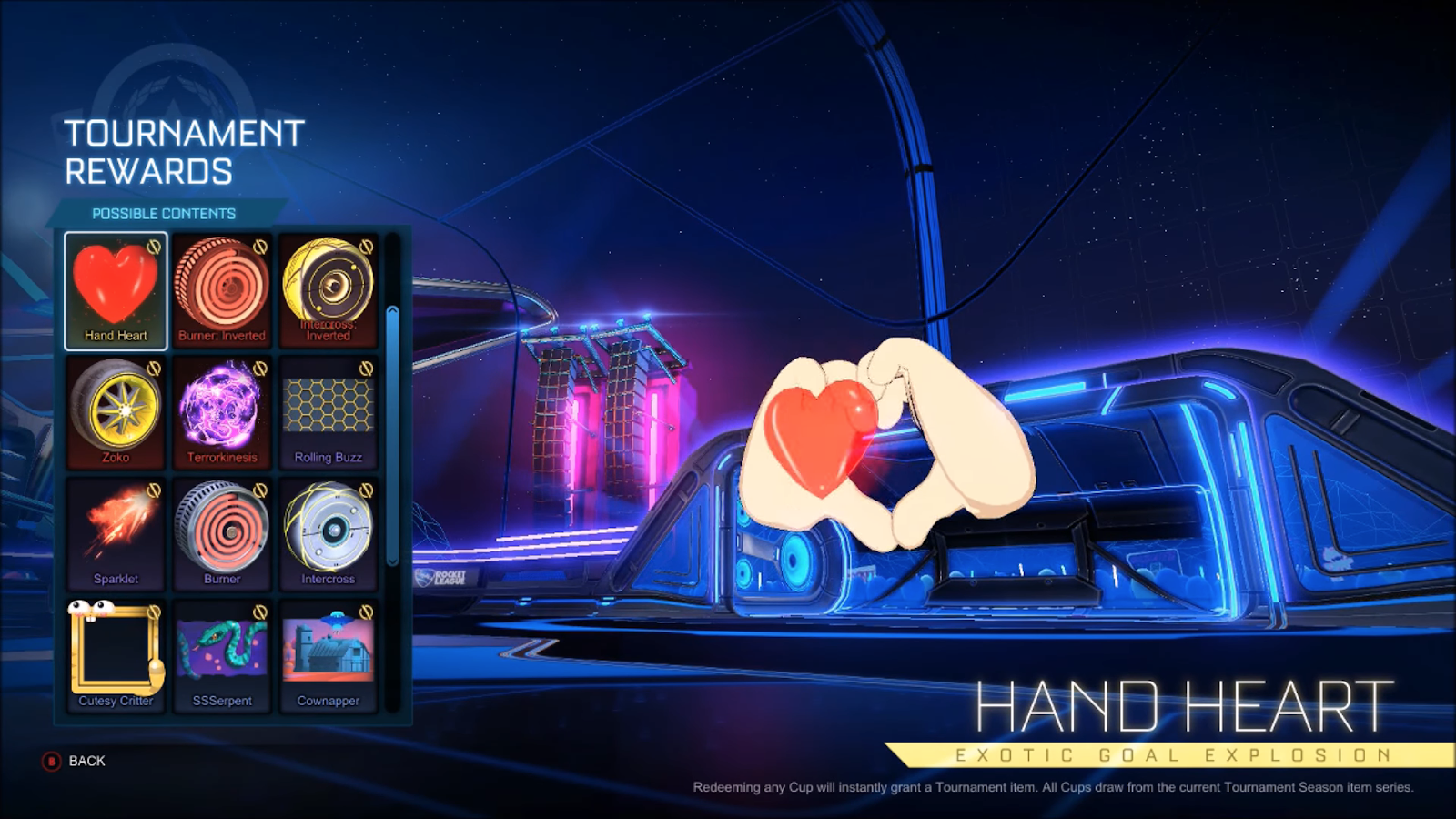 It is worth noting, the Hand Heart goal explosion resembles the hands we see in the Season 2 trailer, quite literally, dropping the mic. 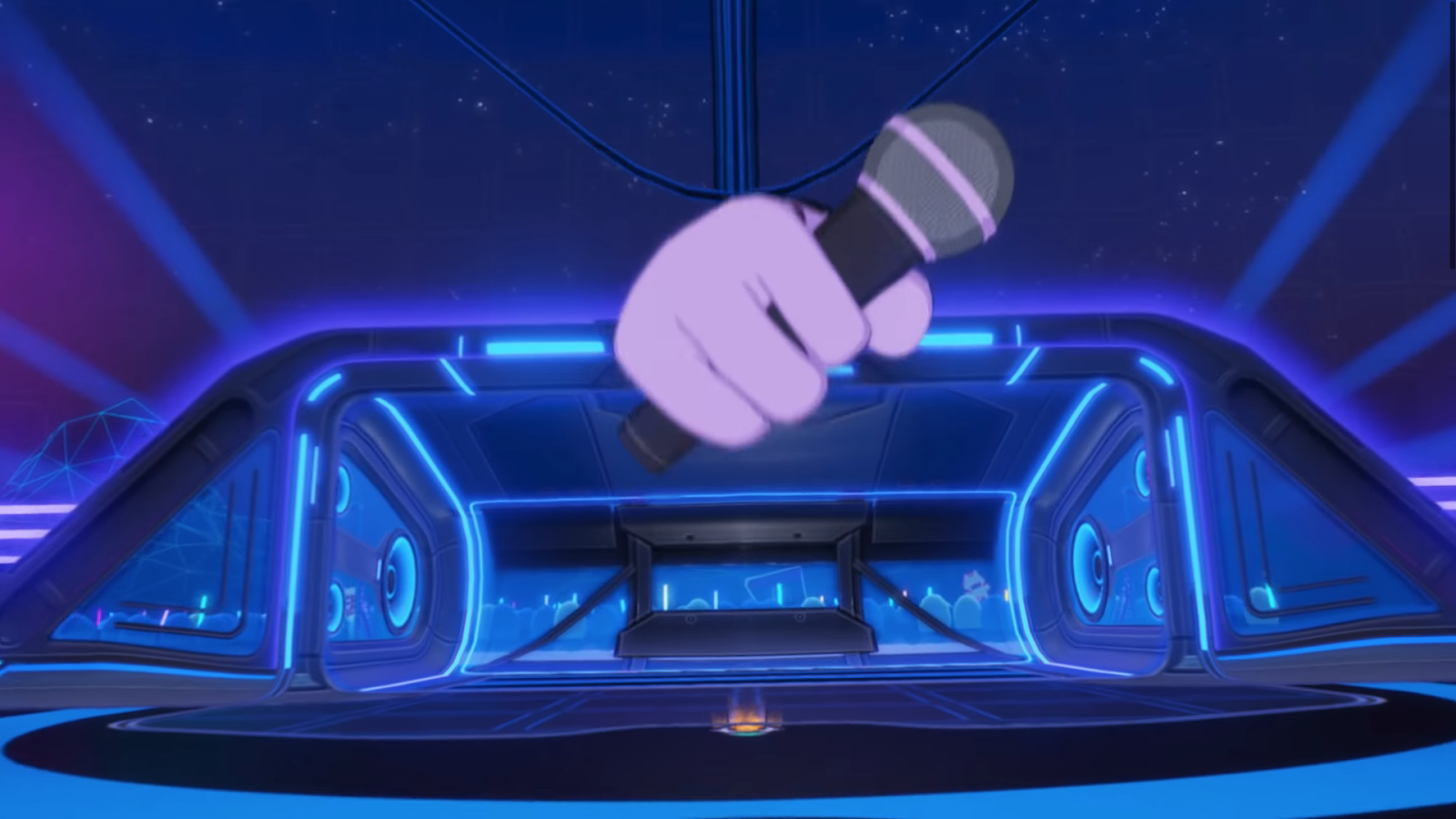 As this mic drop goal explosion is nowhere to be found in Tournament Rewards or Rocket Pass tiers, it is safe to assume it will be added to the game in the soon to be released Season 2 series of items.

We will keep you updated as you grind the tournaments for your hard-earned rewards.