Valheim player recreates the Millennium Falcon... and it's amazing

Joseph Carr
Published: Feb 22nd, 2021, 20:21
Han Solo's iconic starship has found its way into Valheim, as one player has built a wooden replica of the Millennium Falcon. In one of the more impressive gaming feats in some time, a player has recreated the Millennium Falcon from Star Wars in Valheim, the Viking survival game that has seemingly taken over gaming since it's early access release at the beginning of February.

Valheim, is a procedurally generated sandbox title, which coupled with the ability to build homes and ships allows players to get truly creative and going off this Millenium Falcon creation we are only just scratching the surface of what we might see.

The Millennium Falcon in Valheim

A Redditor by the name of Colonel-James-Parker is behind the ingenious build. Their original post to Reddit, which is a video showcasing the ship, has garnered over 14,000 upvotes as of the time of writing. As well, it also has a slew of awards given by fellow Redditors. 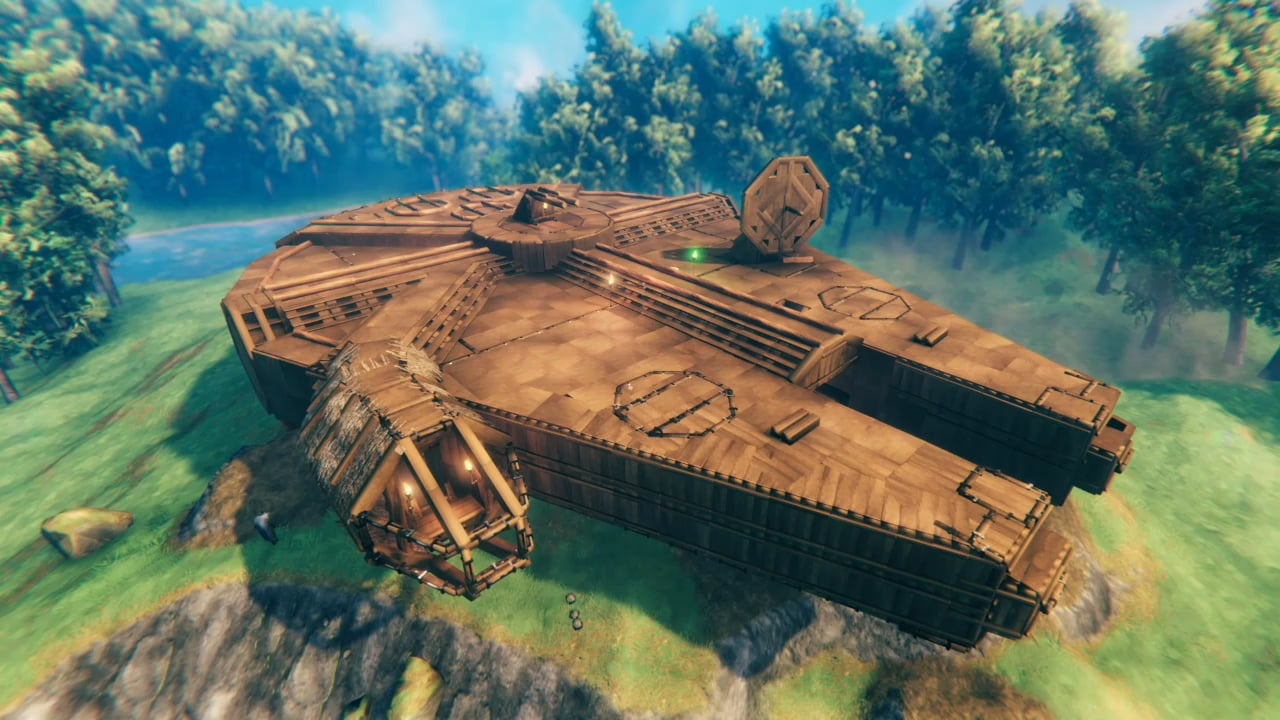 The iconic starship was built from simple wood and is perched on several support structures. On the outside, the “Millennium Longship” looks to be a scaled model of the Star Wars version. The blasters, pilot seats and even the ship’s gun on the top of the roof are all present. Of course, it can’t be an exact replica but it’s hard to get closer than this Valheim player got. While the outside is certainly impressive, Colonel-James-Parker also decided to build out the inside. Complete with separate room, hallways and a fully accessible pilot command centre, the Millennium Longship is impressive from top to bottom. Unfortunately, there’s no way for the ship to get off the ground but nevertheless, this truly goes to show the capability that Valheim possesses when it comes to building.

Like in Minecraft, players can expect to continue seeing building feats as Valheim grows with each passing day.