KennethWilliams
Published: Jan 24th, 2021, 00:23
The most respected anti-cheating agency in esports adopted a zero-tolerance policy on stream sniping in November 2020.

The Esports Integrity Commission has issued a US,000 fine to Team Vitality for possibly stream sniping during a match against Team Liquid at the BLAST Premier: Global Final 2020.

The fine is not targeted at any particular player and is instead aimed at the organization. Vitality’s staff accepted both the fine and responsibility for the incident. The team will continue to play in the event as normal.

The ESIC’s investigation into the incident began on 21st January just after Vitality’s 2-0 victory over Liquid in the upper bracket semifinals. The Commission discovered that the official stream of the match was playing on a television in the common lounge area. While they concluded that no Vitality players gained an advantage from the television, the fine was still issued as a part of the ESIC’s zero-tolerance policy on stream sniping. The ESIC issued a series of statements in November about the pervasiveness of stream sniping and ghosting in professional online Counter-Strike. That statement stressed that the majority of top teams have been abusing lax ghosting rules to gain an advantage over opposing teams. The statement also included a list of guidelines for tournaments to follow in order to prevent similar incidents in the future.

The switch to a zero-tolerance policy necessitates the US$10,000 fine even if the team had no intention of breaking any rules or gaining any advantage. The ESIC even notes that there was no malicious intent from the players or team. Perhaps this fine is a warning to other teams to take anti-stream sniping measures seriously. 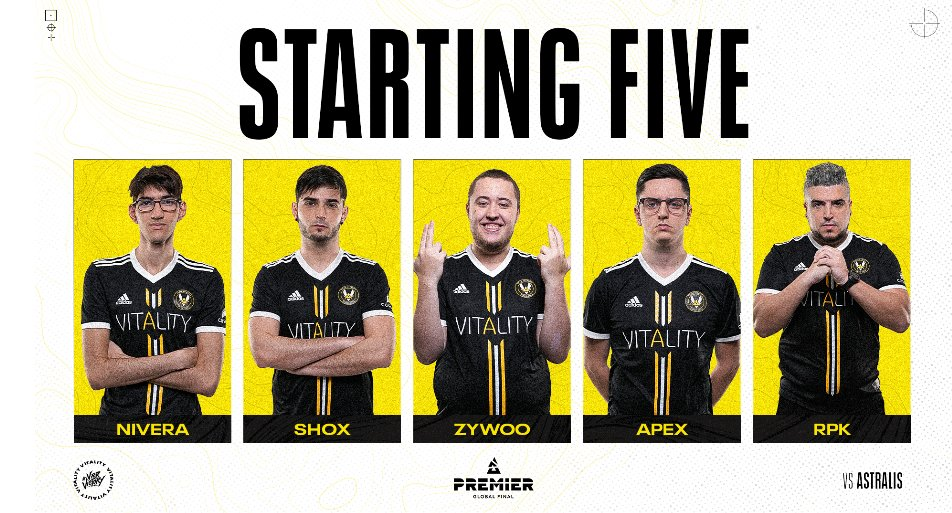 Vitality secured a spot on the podium with their victory over North America’s last hope Liquid. The US$1m prize pool for BLAST Premier: Global Final 2020 is the largest CS:GO has seen in quite some time.

They’ll battle against Na'Vi for a ticket the grand finals on 24th January.