KennethWilliams
The game that decided the second finalist in the losers’ bracket of the BLAST Premier: Global Finals attracted more than 590,000 live viewers. The 2020 BLAST Premier: Global Final competition is nearing its end, with Astralis waiting in the Finals after beating Team Vitality in the winners side of the bracket with a 2 - 1 score earlier.

However, there was been a game that gave fans a lot to talk about, with fan excitement going through the roof -- the semi-final of the losers bracket: Team Liquid vs NaVi.

The hype was so intense that during the first confrontation between these two squads, they managed to break almost all audience records in , with around 592,000 viewers witnessing the battle for survival between Liquid and NaVi.

Coincidentally, Team NaVi is no stranger to drawing this number of viewers, given the current record held for their meeting against Astralis in the October 2020 ESL Pro League Grand Final, which attracted 627,000 viewers, and where NaVi managed to emerge triumphant with a 3 - 2 after a dramatic reverse sweep.

This time it was easier for the Soviet team, which managed to take the victory and advance to the final of the losers’ bracket where they will face Team Vitality, after finishing with a dominant 2-0.

On the other hand, Team Liquid’s North American squad has had to settle for an honorable fourth place and a prize of 50,000 USD. 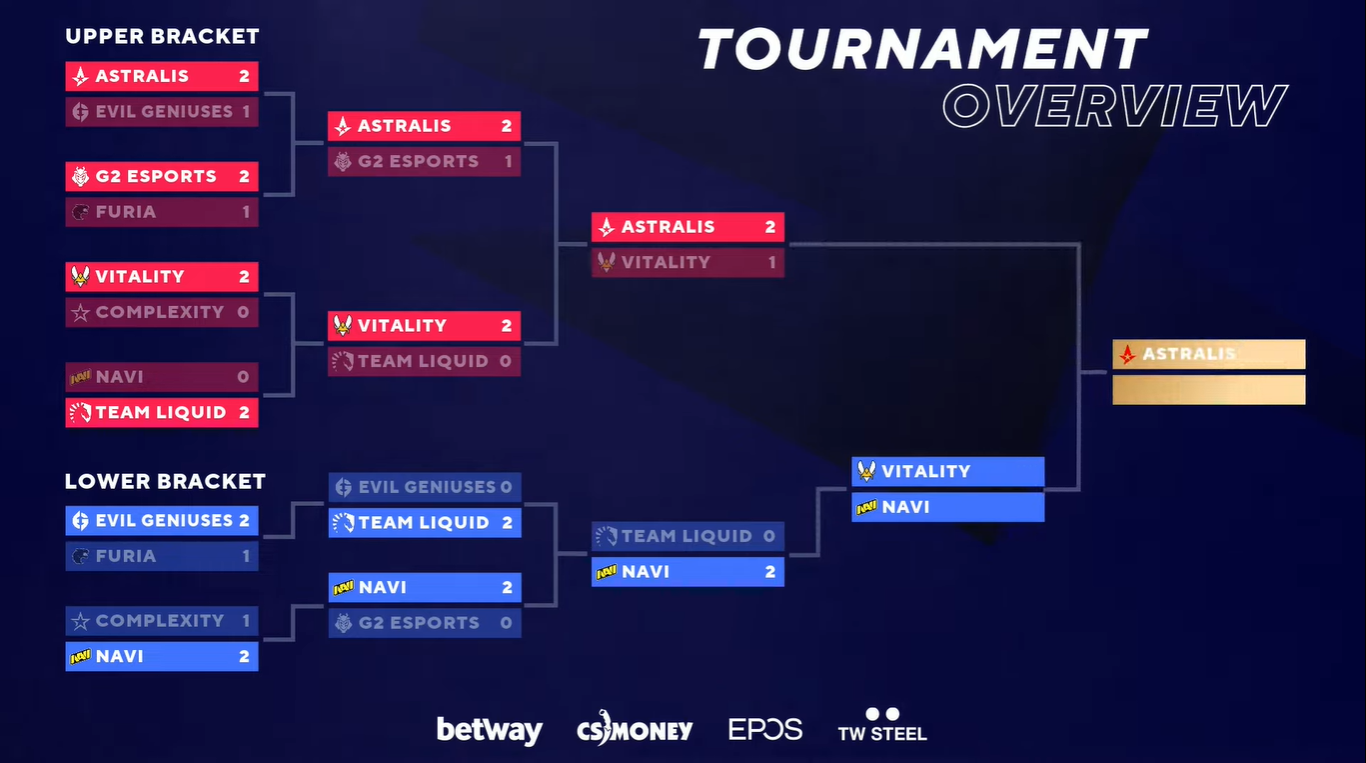 Tomorrow will be the big day, tomorrow the top 3 will be decided and the new champion of the BLAST Premier: Global Finals 2020 will be crowned. You can follow the stream of the last rounds through their official Twitch and YouTube channels.