by Andrés Aquino
Via social media, the developers showcased how horrific the anatomy of a Fall Guy really is. Updated on September 24th, 2020
Perhaps a question that needed no answer, what does a Fall Guy look like on the inside? Well, now we know the horrifying truth.

Mediatonic, the developer that's been killing it on social media ever since the release of their indie battle royale, decided to give fans the choice to peep into the anatomy of the bean looking humanoids that populate all the maps trying to race through the finish without, well, falling to their demise.

I wish I'd never seen it

I'm giving you a chance to be spared from this monstrosity

If I tweet it... it becomes canon and we can never take it back

Despite warnings from the acclaimed social media team, it seems fans were desperately trying to ruin their expectations of what the anatomy of a Fall Guy looked like, as hours later, official artwork created by Senior Concept Artist, Tudor Morris, was shared.

This is official lore now

The bone structure that resembles that of a Dodo more than an actual human being has very interesting characteristics, including a jaw that virtually serves no purpose, and knees that would explain why they can't seem to ever keep their balance. 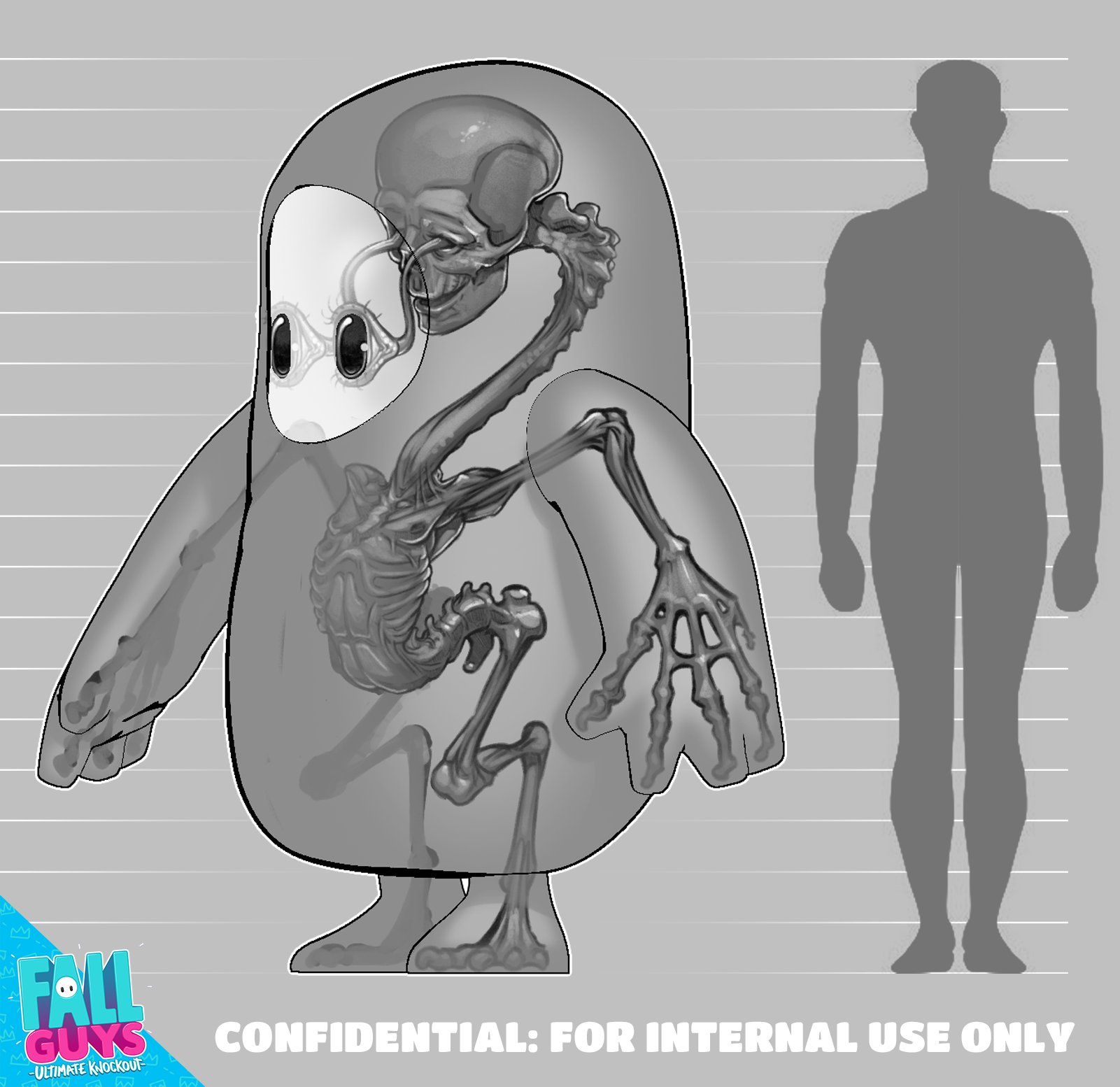 Other interest metric includes the confirmation that they are 183cm  (6ft) tall, even picturing the Fall Guy to a regular guy as a visual aid.

This isn't the first time we've gotten a glimpse at the insides of a Fall Guy, as previously a fan showcased artwork depicting the characters with a more similar bone structure to that of humans.

Whichever you choose to believe it's the real one, it's entirely up to you, the only thing that matters is that you keep farming those crowns.