by Daniel Conlan
Serie A has been one of the most exciting leagues in Europe this season which should make for a bumper FIFA 21 Team of the Season. FIFA 21's Team of the Season celebrations roll on. So far, we've had the English Premier League, Bundesliga, La Liga, the Super Liga and even the Saudi National League, and today will see the release of the Italian Serie A TOTS.

Serie A is home to one of the game's biggest stars including the man himself Cristiano Ronaldo, but it has been a weird season for his side Juventus, failing to lift the league title for the first time in nine years with Antonio Conte's Inter Milan proving to be the best team in the country. Will Ronaldo make it into the TOTS? Likely. (Picture: EA Sports)

In fact, Juventus have been so poor domestically that they may not be in the Champions League next season with Napoli, Milan and Atalanta all above them in the league.

It should make for an intriguing Team of the Season line-up and it isn't long till we will find out just who is in it and thanks to some leaks we may already know (more on that below).

The Serie A Team of the Season is expected to go live at 6 pm on the 21st of May. Cards will become available in packs from then, and you can also expect a number of SBCs cards released today and throughout the coming weeks.

We will update this section with the official squad when it is released. 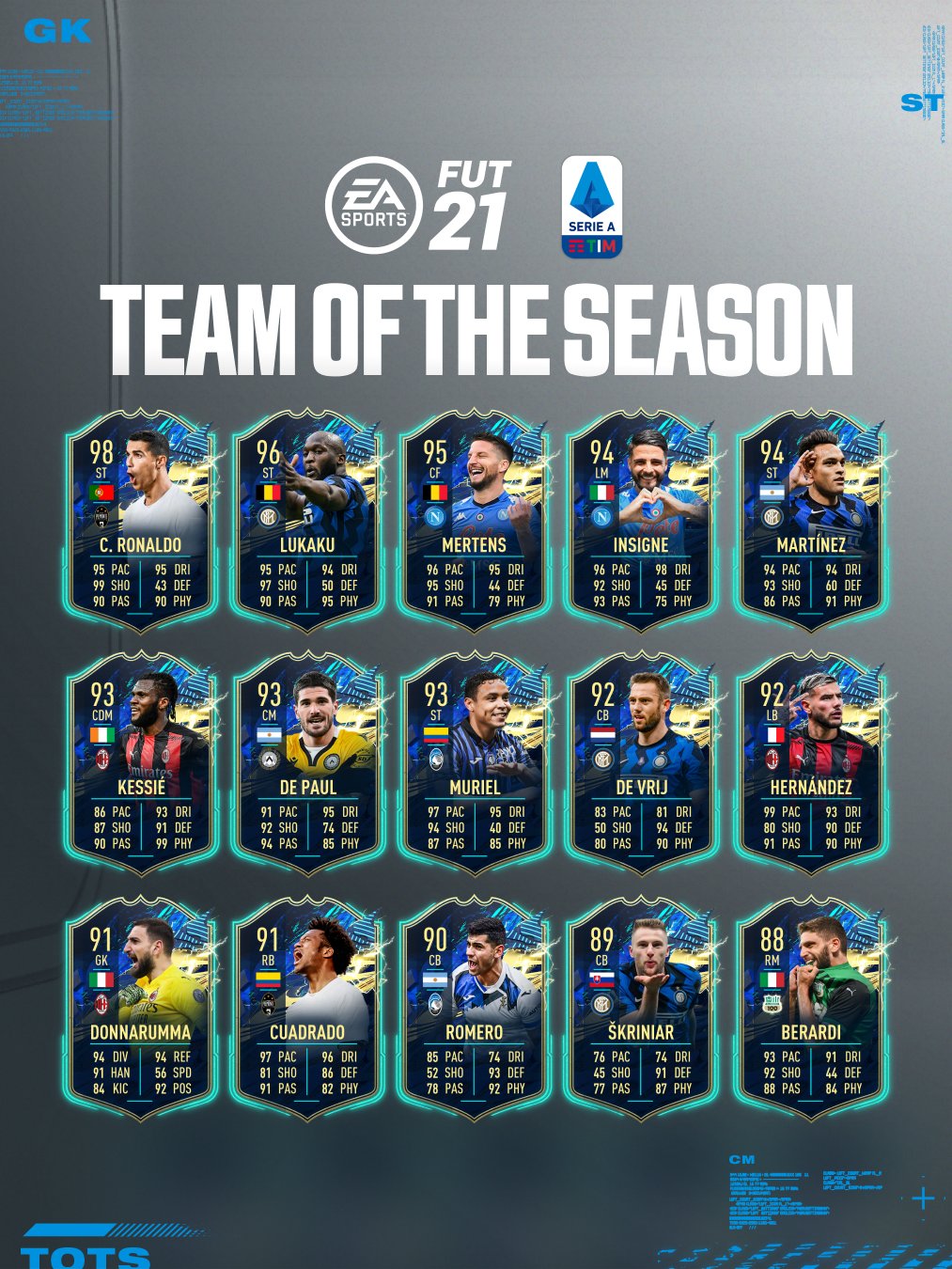 There have been a number of leaks for the Serie A TOTS and while they look pretty good it's hard to say for certain, the players include:

FIFA 21 Serie A Team of the Season - predictions