by Gonzalo "mitchmozey" Cardona
From best-in-the-world conversations to G2’s questionable future, here are what we gathered after the last Winter tournament. Wrapping up the three-month-long Winter Split, we have several takeaways from the North American region and its organisations.

I think we can all agree that the Winter Split of the revamped RLCS X has been the most fun to watch so far. The double-elimination format, upper and lower bracket runs, shots at redemption, underdog stories -- just a wild rollercoaster altogether.

With that said, all things must come to an end and what a way to go out with a bang than with the instant-classic Rogue vs NRG RLCS X Games rematch, now with Major stakes at play (pun intended).

Points were earned, money was split and the leaderboard shifted per usual but what does it all mean for the region? For the teams? For the players? Well, look no further.

Without further ado, here is everything we learned after the RLCS X North American Winter Major.

G2 will change very soon -- either in their record, mentality or roster. We have seen a steep decline in their performance and the reasons are unknown.

Of course, one can try and pinpoint it in the missed touches, lack of flair or inconsistent chemistry but how do you explain the decline in what used to be a killer trio and top tier team in North America.

Their latest showing sums up the crisis the oldest Rocket League squad is going through. Yes, you don’t need to win every single tournament you stumble upon (unless you’re Europe’s Team BDS), but there’s no justifying finishing  5-6th in the first two Winter Regionals, 7-8th in RLCS X Games and last in the Winter Major.

On the brink of falling off RLCS X World Qualification, rumour has it there’s been talks about replacing fan-favourite Dillon “Rizzo” Rizzo with a new G2’s third, and the idea has been met with both pushback and approval across the internet.

While Rizzo is known not only for his personality but also for his mechanic ability to bring his field-of-play vision to life, both leaving or staying G2 Esports are things to look forward to before the Spring Split starts -- and speaking of replacing the Rizz...

2. AYYJAYY is The Peeps’ captain now -- according to the internet

Not only did we recently learn that Rizzo could be replaced but we also know that The Peeps’ very own, Austin "AYYJAYY" Aebi was their closest option with a supposed-offer already on the table that AYYJAYY rejected. Talk about loyalty.

Not only is this a huge power move and morale-booster to his team and following by the American superstar, but also creates a lot of conversation around The Peeps as a unit.

Having ended the NA Winter Major in 4th place, their best placement in an S-Tier tournament ever, and AYYJAYY placing 2nd in the performance-based ShiftRLE’s Top 5 really boldens and underlines the question “what is taking so long to sign The Peeps?”

The latest player making a case for best-in-the-world right now is Rogue’s very own, Jason "Firstkiller" Corral and it really showed this weekend during the Winter Major.

Credit where credit is due -- the whole team plays the part including his teammates Leonardo "Turinturo" Wilson and Alexandre "Taroco." Reis Pedrogam, but led by Firstkiller, Rogue picked it up after being knocked down to the Lower Bracket on Saturday. 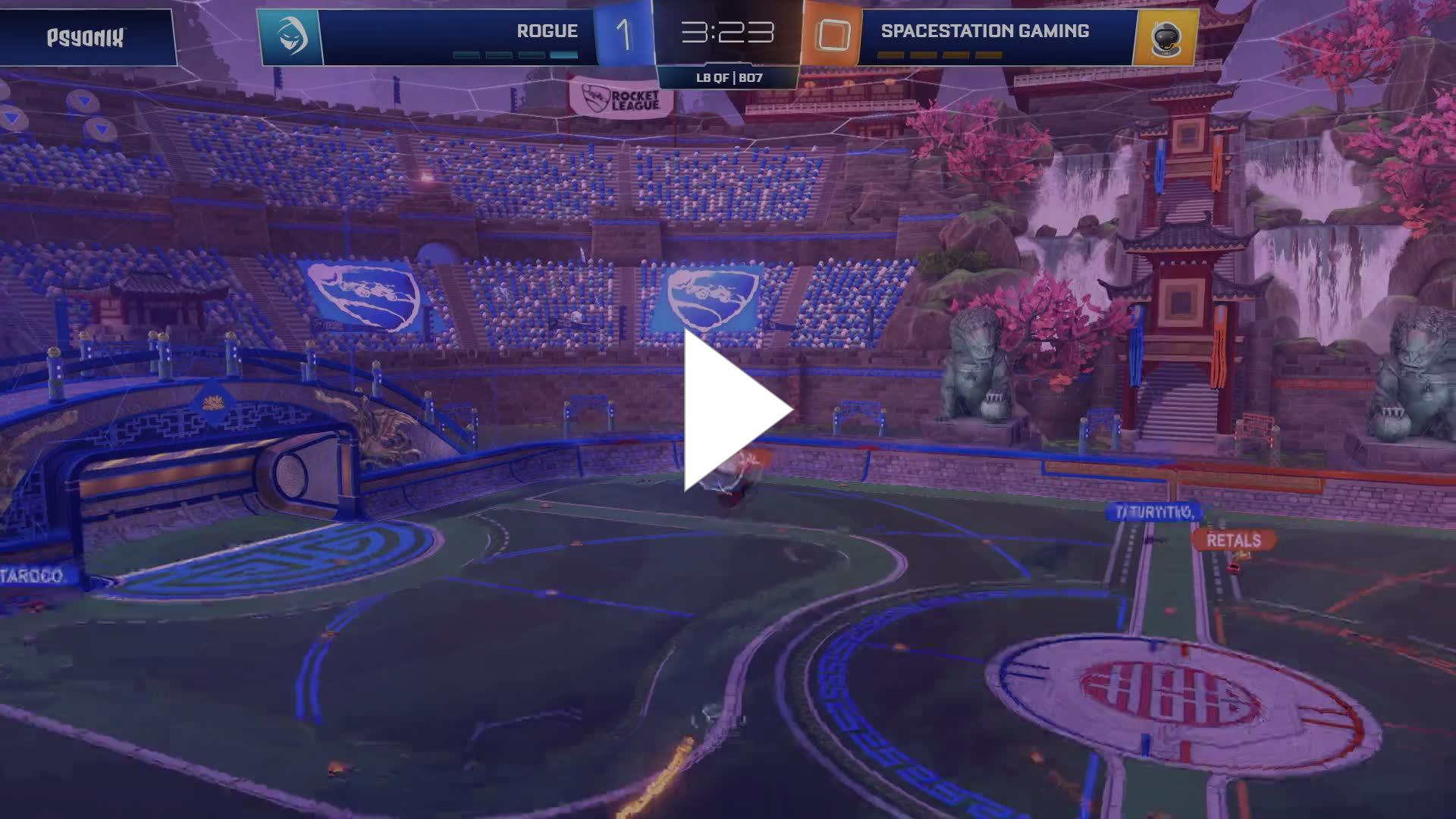 The 16-year-old stole the show and the hearts of the Twitch chat, almost like sending a warning towards the rest of the region, CC’ing Justin “jstn.” Morales, widely considered the best Rocket League player in the world.

Their RLCS X NA Winter Major run through Championship Sunday was one for the history books as Rogue swept Spacestation Gaming, The Peeps and Team Envy all in consecutive series going 12-0 into the Grand Finals -- which leads us to our next point.

4. Rogue has become too good, too fast

Rogue is the prime example that a ship can be turned around north-bound as long as they have the talent and the time to do so.

Finishing the Fall Regionals in 9-11th place twice, 5-8th once and one more time in the Major, Rogue took the Winter Split by the horns and completely changed gears for good.

In the Winter, Rogue placed 3rd in Regional #1, 4th in Regional #2, won RLCS X Games earning themselves sweet golden medals and finished 2nd in the Winter Major. This sets them up for a safe 4th place overall leaderboards lead with 2101 total points.

Rogue currently has a trio that, if sticking together is prioritized, could very well be ruling atop the North American region for seasons to come with their players’ youth and ability.

We’ve all had rough patches especially playing Rocket League and NRG had been suffering from them for the past couple of finishes.

The reigning, defending, undisputed RLCS Champions of the World still had it in them, it’s just that they couldn’t pull off championships and consistently fell short come Grand Finals time.

Finishing 2nd place during the Fall Split Regional #1 and Major Tournament (both lost against Spacestation Gaming) and during the Winter Regionals #1 and #3 where they were oh-so-close to finishing the job with bracket-reset implications in both.

This 1st place finish is definitely something NRG needed, but it must be kept going if they plan to remain the #1 team in North America.

The gap between the Top 4 NA teams could be closed in a matter of the Spring Split Regionals and come Spring Major time, we might be looking at a whole other #1.

Exhibit A, Spacestation Gaming gaining a huge lead over the continent in the Fall Split then dropping the ball during the Winter only to be overtaken by the winningest Regional Champion, Team Envy, and one of the most consistent Finalists in all RLCS X, NRG.

With these many answers, and still so many questions, we’ll have to wait and see what details, changes and surprises the Spring Split brings us. Any given series, as they say, can change the panorama of a whole region as the RLCS X LAN World Championship looms near.