by Gonzalo "mitchmozey" Cardona
What we know so far about Rocket League's Rocket Pass Season 3, including the release date, the price and what to expect from Psyonix. After already going through two free-to-play seasons in Rocket League, Psyonix has still yet to disappoint. The addition of an NFL Fan Pack, scheduled tournaments every single day, and an EDM festival-themed season is music to our ears.

Here is everything we know and expect from Rocket League Rocket Pass Season 3.

The second season was expected to come to an end on 31st March 2021, but that was delayed and the season is now to end on 7th April.

That means Rocket League Season 3 and its Rocket Pass will begin on 7th April. 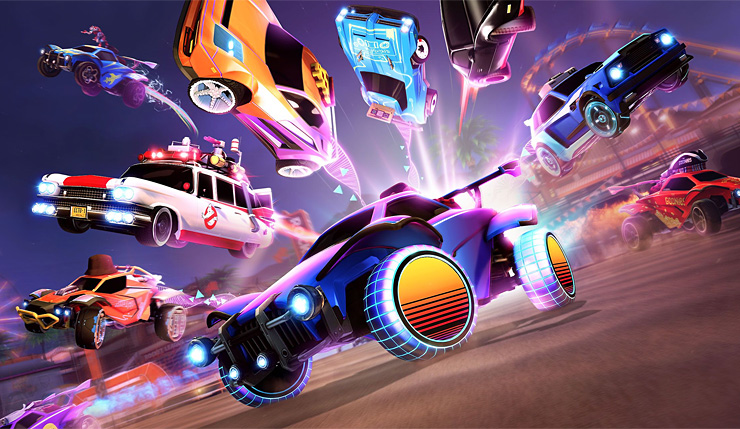 While no official announcements have been made regarding the length of the season, Epic Games announced a racing theme inviting Formula 1 and NASCAR to the pitch.

The Rocket Pass S3 bundle (priced at 2000 credits) will give you Premium Rocket Pass access plus the first 12 tiers.

With 70 fixed tiers (and then repeatable painted/certified drops), you can expect to see new cars, player titles, banners, boosts and more. After Rocket League introduced player anthems, it is safe to assume more of those are coming our way through future Rocket Passes. New challenges are released every Wednesday; three challenges for free and three additional challenges for Rocket Pass Premium users. All challenges have rewards after completion, awarding drops of various rarities or bundles of XP, it is always best to complete in time to advance faster through your Rocket Pass.

We will keep you updated as Psyonix makes Season 3 Rocket Pass info available to all players.