Wessel Minnie
Published: Feb 27th, 2021, 07:04
After dying in Valheim, a Twitch streamer from New Zealand, Quin69, deleted his character, his world and even donated well over 1,500 subscriptions. Content creators have been up to some very interesting things in Valheim, the Early Access survival title which has taken the world by storm. While some have built amazing creations, such as the Millennium Falcon, others keep their streams fresh by adding stakes to character death. Twitch streamer Quin69 is one of those content creators, who put some very high stakes on dying in Valheim.

It takes quite some time to build a great character in Valheim, a base, and gather resources. However, the game is quite lenient when it comes to punishing death, as you can easily get your equipment back.

A Twitch streamer called Quin69 from New Zealand, with over 500,000 subscribers has taken character death stakes to a new level. In a recent Twitch stream, Quin69's character got killed by a pack of wolves. In response to his character's death, he deleted the character, the world he was playing in, and even donated over 1,500 subscriptions.

Watch the character death and subsequent results below. 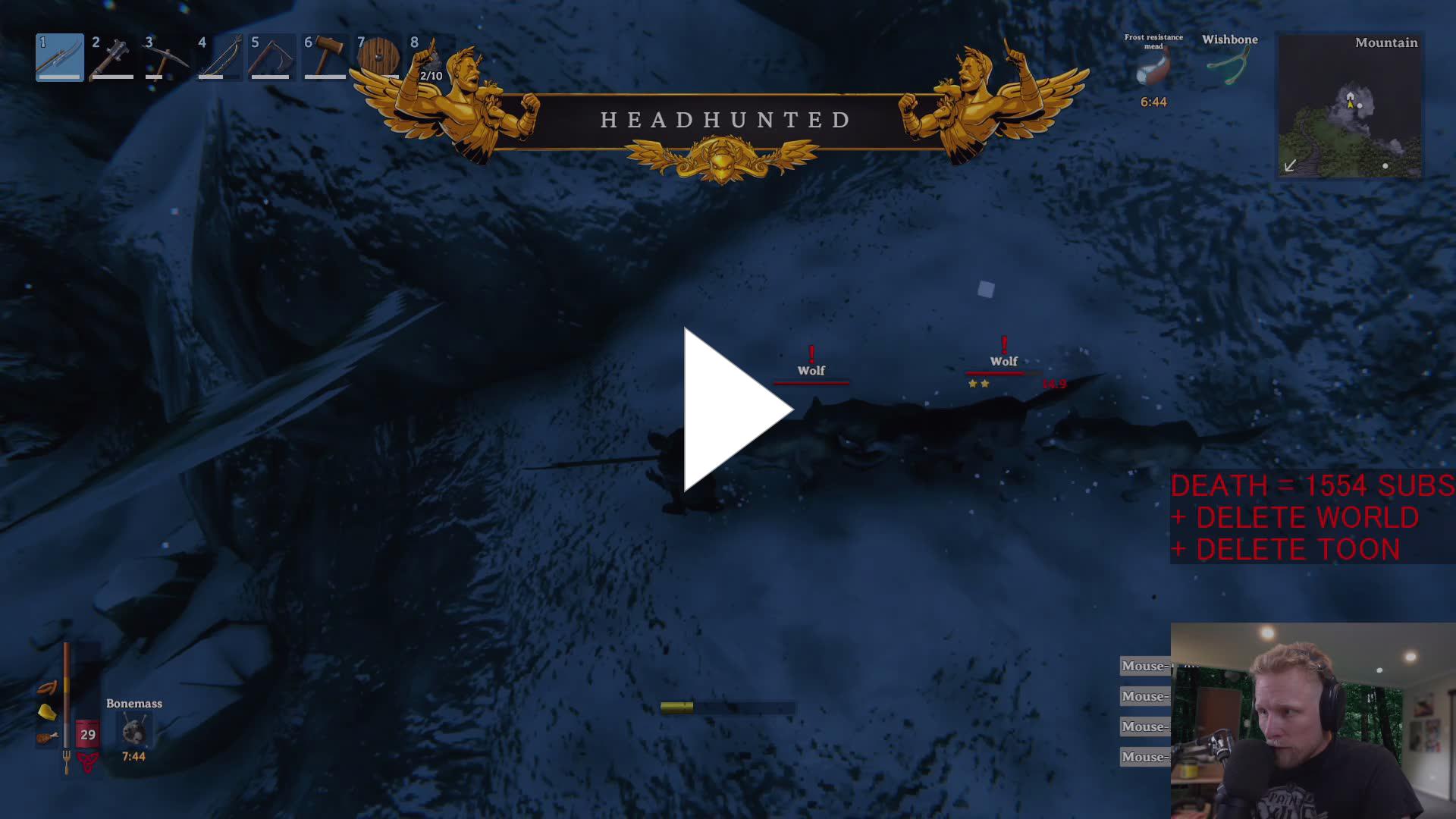 With these high-stake death runs, Quin69 might be onto something. As you can see in the clip, there was a lot of excitement from Quin69's fans as the streamer reacted to his character death in Valheim.

It keeps the Twitch viewers enthralled in the experience, and adds another layer of tension.