Twitch streamer iiTzTimmy has just undertaken a gruelling 54-hour streaming marathon, in which he climbed the Apex Legends ranks from Bronze all the way to Predator during a solo run. The Twitch star began his run on Saturday the 14th of August and was already a Master by the following Monday. He then spent a day grinding through the Master division to Diamond before finally ascending to Predator in front of 147,000 fans.

Toward the end of his stream, iiTzTimmy announced: "Holy s***, we did it chat! It only took us like 54 hours and 30 minutes to do Solo Bronze to Predator in this s*** a** Seer meta. Oh my god, that was probably the most annoying thing I ever had to deal with in my entire life." 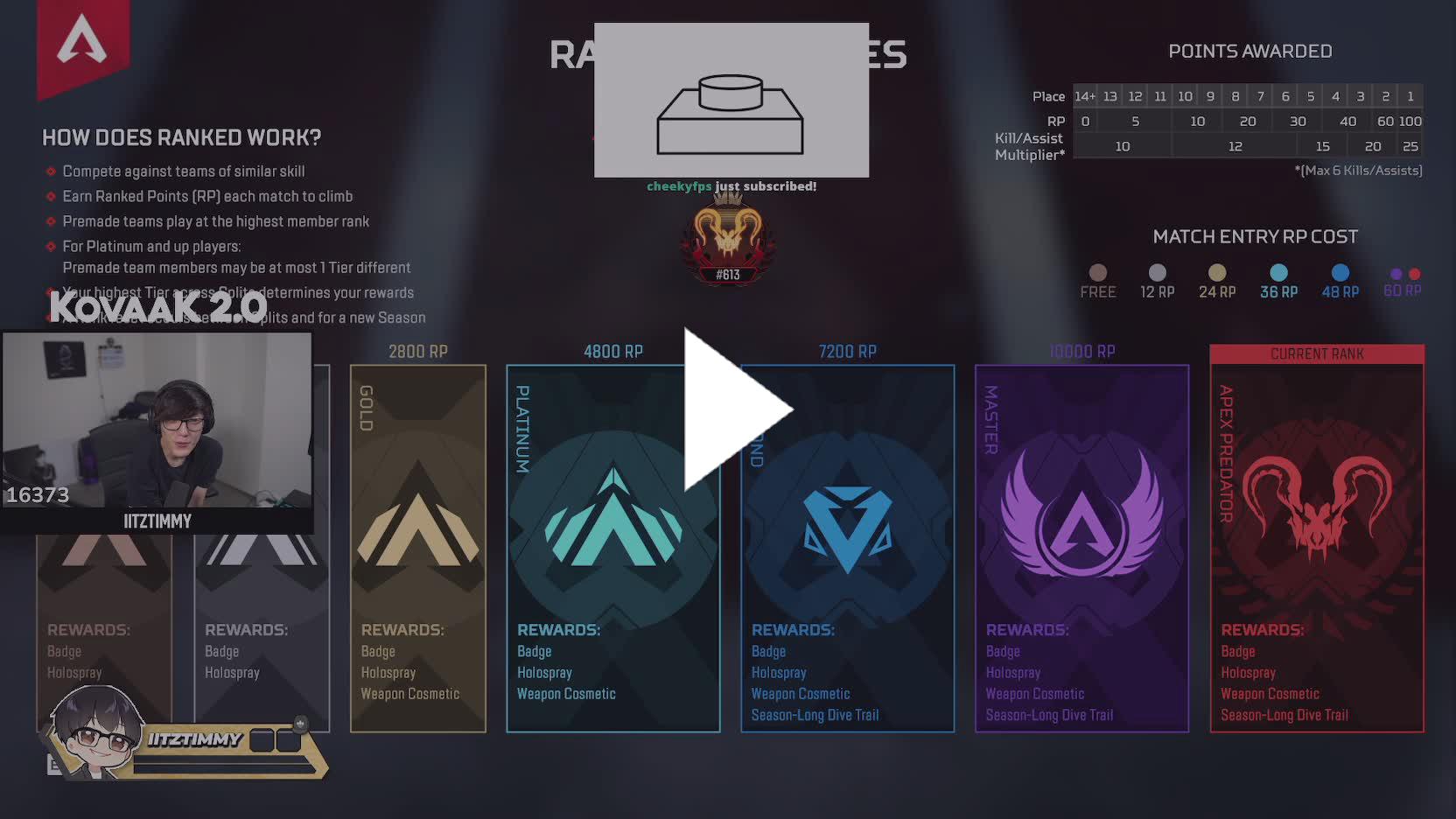 iiTzTimmy - we did itWatch iiTzTimmy's clip titled "we did it"Twitch

Clearly, iiTzTimmy was exhausted after streaming for over 2 days straight but was undoubtedly proud of his monumental achievement. He added later that his dash to Predator was "worth every second" but that he was also in "so much pain physically."

The Twitch star also shared his victory on Twitter shortly after, tweeting: "Bro I can't believe it. One stream. Solo Bronze To Predator. 54 Hours of Non-stop Apex Legends. My community, friends, family, Aline... Thank you... I really can't thank y'all enough. This honestly means the world to me."

Bro I can't believe it. One stream. Solo Bronze To Predator. 54 Hours of Non-stop @PlayApex. My community, friends, family, Aline... Thank you... I really can't thank y'all enough. This honestly means the world to me. pic.twitter.com/ly5pojHMso

Many fans and influencers reached out to congratulate iiTzTimmy, who is currently trending on Twitter. OfflineTV's Scarra, tweeted: "You're absolutely insane, I have no words" whilst NRG's Nafen said: "You deserve it legend."

iiTzTimmy was even congratulated by the official Apex Legends Twitter page that said: "Proud of you, ya absolute legends. Also please drink some water, go to sleep, and never play for 54 hours straight again. For your health."

Proud of you, ya absolute legend. 👏👏

(Also please drink some water, go to sleep, and never play for 54 hours straight again. For your health 🥺❤️)

Esports reporter and YouTuber, Jake Lucky, had his mind blown and called iiTzTimmy's achievement the "craziest gaming achievement [he has] ever witnessed."

Honestly one of the craziest gaming achievements I have ever witnessed pic.twitter.com/TLZMDFU0IO

iiTzTimmy smashed the history books with his dash to Predator ranking in a single 54-hour long gaming session of Apex Legends and over 2 million unique viewers watched it happen. iiTzTimmy is now among the top 750 Apex Legends players in the world for his platform.

We commend iiTzTimmy for this incredible achievement but hope that he will now get some much-needed rest.