Rialto tips and tricks for Wingman

by GINX
Rialto is a Wingman map where there are fights high and low. Playing cleverly between and on the buildings is key to winning rounds. Published on December 14th, 2019
With the newest CS:GO Operation, Shattered Web, Week Eight is titled 'Italian Job' and if it follows the pattern of most weeks including a Wingman map, we can expect stars in exchange for completing a specific task on Rialto in the Wingman game mode.

Make sure to check out our Inferno guide if you are catching up on previous missions!

Knowing some tips and tricks can make the process easier and so the following guide for both Counter-Terrorists and Terrorists will give you an edge over the opposition. If you're expecting a fast push from the Ts, you don't want to stand in the open nor get trapped in a corner against an SMG-wielding T rushing like a Ferrari.

With a rifle, you can get the advantage by holding a headshot angle from far back on the stairs above while the Ts turn to check site.

This position also allows you to quickly rotate to mid or reach ladder without being in the very centre of the map. Like on Inferno, playing with smokes can work well if the Ts are taking their time.

Careful to not get shot from the alleyway on the right, pushing down to the hut and standing on it can provide you with a surprising angle to take down wannabe parkour Ts.

This is risky as the Ts can push the smoke as you set up, sit in mid or run up to site and catch you off-guard on the left. Make sure to communicate with your teammate for the best defence. 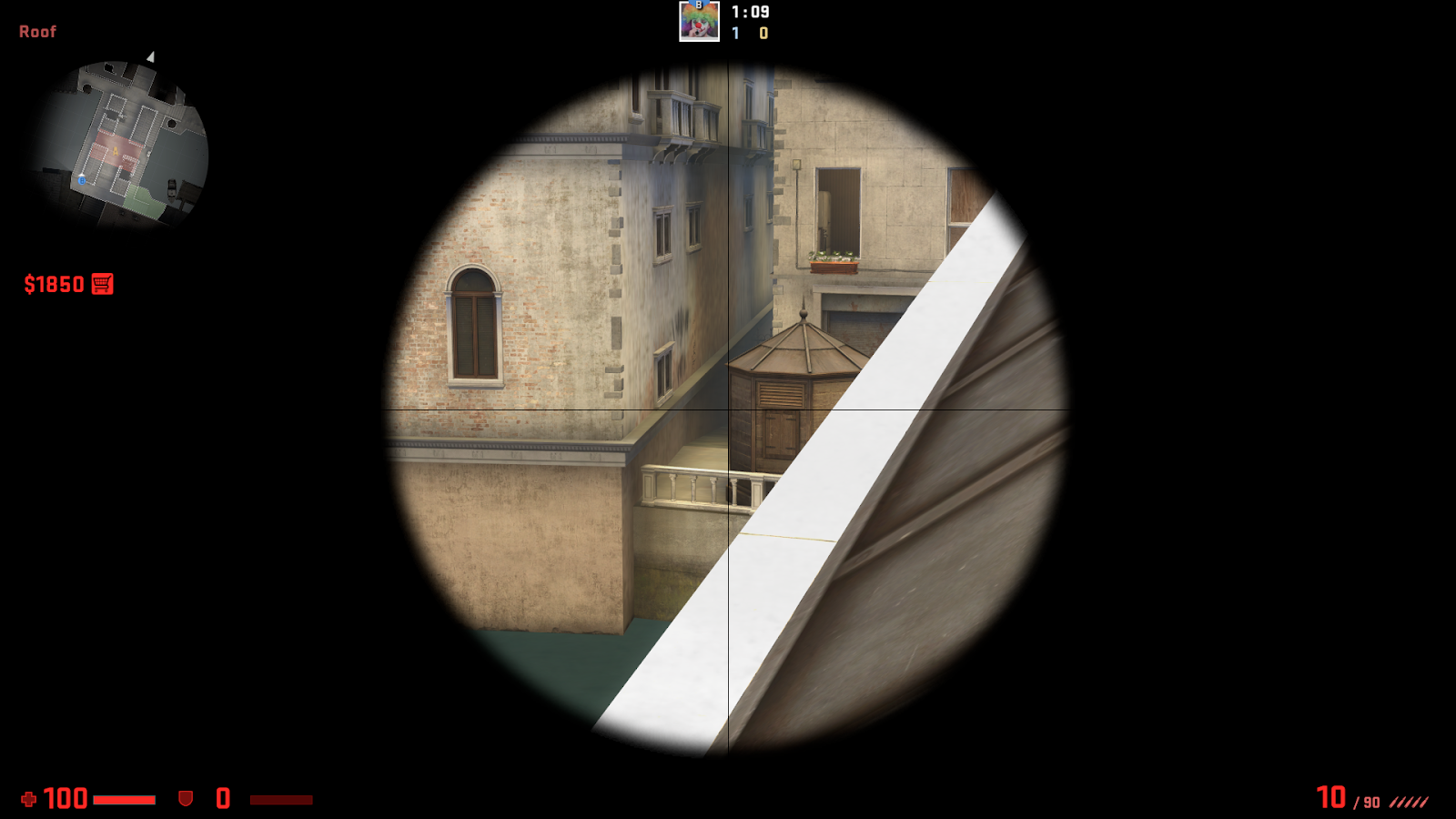 Having the high ground is a strong advantage on Rialto. However, sitting on the roof with a scoped weapon leaves you vulnerable.

As you can see above, watching the far left alley could see you sniped from the window or pushed on roof itself by a speedy or sneaky T. 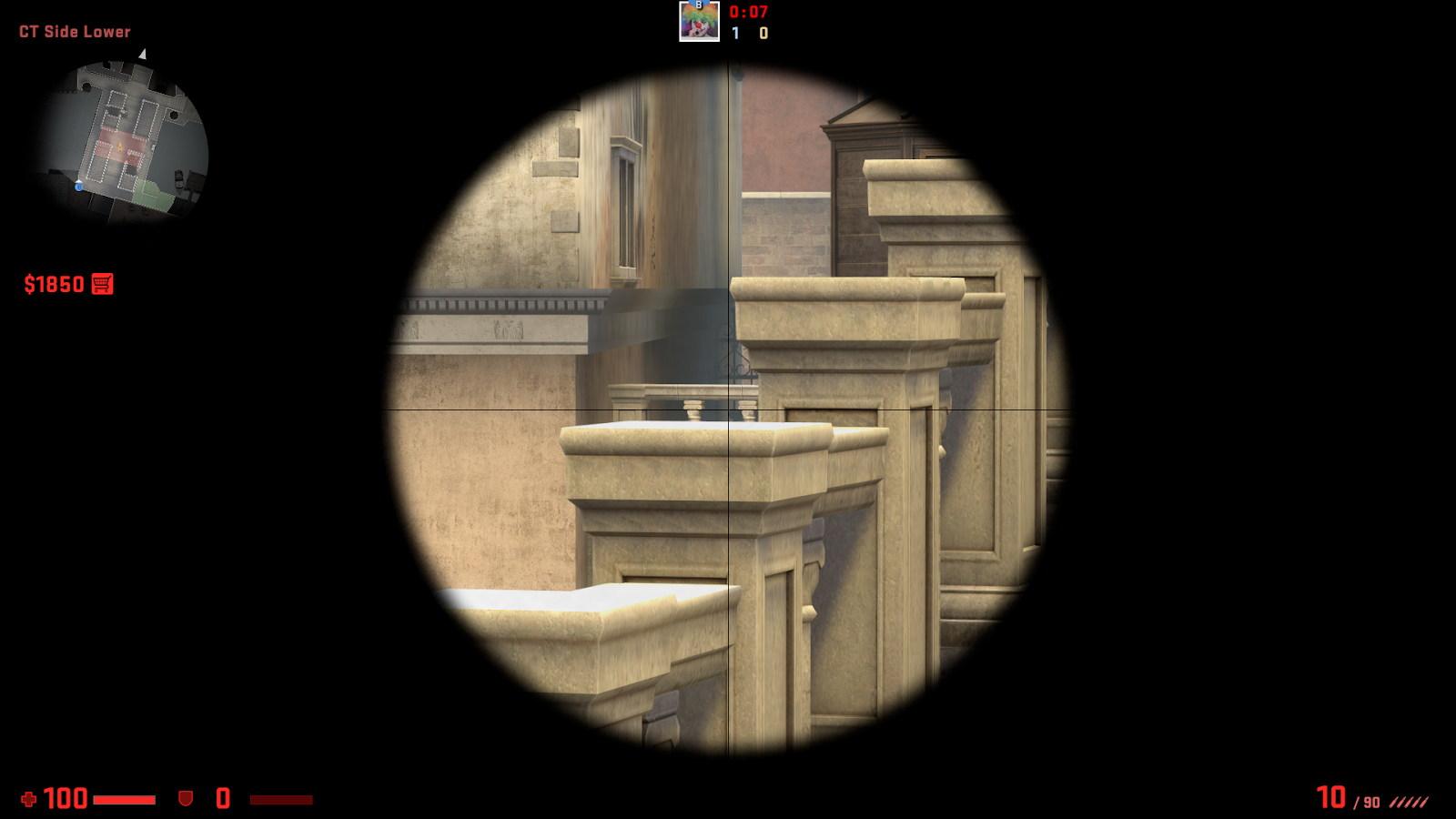 If you suspect the Ts favour this side, you can sit further back and exchange the high ground for better safety. You can always climb the ladder later in the round. The small shoe shop is within the bombsite so Ts could plant the bomb inside of it under some boxes or next to the shelving.

Whether it is a precaution against aggressive Ts or a force buy, sitting in the shop allows you to watch one angle while having good coverage of the other doorway in case of an attempted plant.

A clued-up T could well prefire this angle but it is a decent position for a 1v1 as they will need to prioritise planting once the round reaches its final few seconds and might not have time to clear every position. The design of Rialto does not lend itself towards planting the bomb.

With the CTs and Ts both so close to the bombsite, fights tend to happen early and enemies spotted beforehand.

In a 1v1, the bomb can be faked to draw out the CT but commiting to any plant is a big risk that rarely pays off. If you have a spawn near to the hut, you can take the shot above to wallbang through the side of it all the way into CT spawn.

Running down this alley can be risky if you suspect the CTs are watching it early in the round, but waiting here also risks letting them push up and gain crucial information about your position.

It is a good spot initially but if you choose to pick up an AWP or Scout, be prepared to be mobile with the weapon. Another early round strategy is to utilise grenades to strike a CT crossing here to try reach roof or the far side of the map.

If you and a teammate synchronise your grenades perfectly and the CT is unforunate, you can secure a frag within the first few seconds of the round.

This not only improves your chance of winning the round in a 2v1 but adds a certain 'tilt' factor for your opponent. On a low buy, you will need to close the gap as quickly and safely as possible.

Grabbing an SMG and rushing onto roof will usually be a lost race as the CTs can reach the summit first, but it's unlikely that they get both kills if there are two spraying enemies rushing them down and they have a scoped rifle. If you have played enough Rialto to start planting the bomb in some rounds, the high ground is the strongest position to occupy.

While many check the main roof, the second roof is often forgotten.

Using the scaffolding and boxes in the middle of the screenshot, you can plant the bomb, get onto the first roof and jump across to the second.

This off-angle is strong and you can be patient and wait for the defuse if you manage an open plant without too much trouble.