by Sam "Initia1ise" Hapgood
Continuing the LS controversy, T1 have been accused of allowing and even abetting fans in making racial and homophobic slurs after screenshots and statements from their official Discord moderators were shared publicly. Published on November 14th, 2020
Update: T1 has released a statement saying they "sincerely apologize" for allowing hate speech on their platforms.

After screenshots from the team’s official Discord server were shared on social media, T1 have found themselves under public scrutiny for their actions once again - this time for seemingly aiding and abetting fans who were making homophobic and racial slurs in relation to recent drama with Nick “LS” De Cesare.

Make sure moderators don't remove hate speech! We might upset some board members. pic.twitter.com/IOwwIztQU6

According to the screenshots and statements made by the moderators, T1 management were preventing mods from removing what amounted to blatant hate speech due to pressure and oversight from board members. Staff went as far as rescinding moderator rights and had several other moderators resign in protest of their actions. 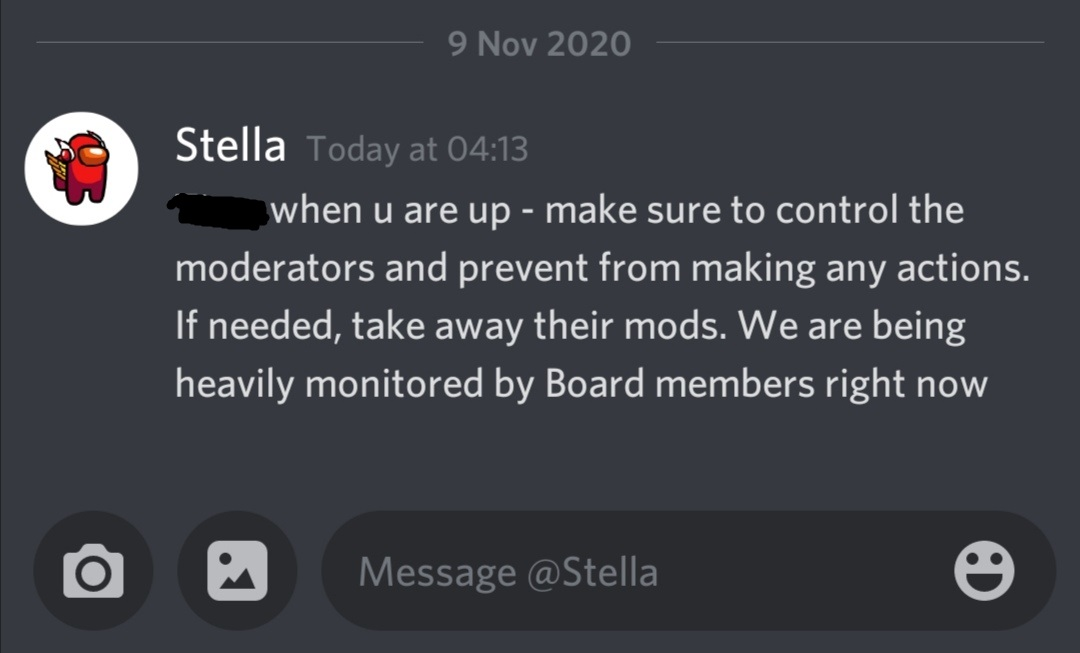 One member of management, going by “Stella” on the Discord server, told senior moderators to “control the [other] moderators and prevent [them] from making any actions,” and “if needed, take away their mods [sic].” She cited being “heavily monitored” by board members as the primary reason to not antagonise fans.

According to statements made by a now former moderator of the Discord made to Ginx, this board level pressure seemed to be coming primarily from the Korean side (namely SK Telecom), not its North American counterpart, and that they were unable to act until the board members had given approval.

From my understanding yes, the fact we were constantly told we had to wait for the board members blah blah blah

That same moderator, Sean Fordyce, stated they were “glad” that this had made its way to the public eye and wasn’t brushed under the carpet, and expressed frustration at the lack of support the T1 has shown to LS. “No matter the personality and no matter the human, they should receive the backing of the org from the onset,” he stated, while also acknowledging Fnatic members Gabriël “Bwipo” Rau and Tim “Nemesis” Lipovšek roles in bringing attention to the situation. T1 have been in a losing PR war with fans across the globe over its alleged hiring of LS. Some Korean fans were unhappy with the unconfirmed coaching pick-up and began a targeted harassment campaign. Incidents have ranged from the bizarre - hiring a van to project messages and pressure senior SKT management in Seoul - to the alarming and illegal, which has culminated in death threats sent to LS and his Grandmother.

Welcome to the T1 Family. #T1WINpic.twitter.com/UyD3crAE3P

Other fans have been incensed and frustrated by T1’s lack of meaningful public support or response outside of a largely toothless statement, and apparently backtracking on the hire of LS who was critically not announced alongside other members of the team’s new coaching hires.

What LS not being announced as a member of staff means is unclear. The decision may have been mutual, LS backing out after the vitriol he received, or even that the rumours were completely unfounded in the first place. However, T1’s reaction to fan hate-speech directed at LS in their Discord implies that this was a form of damage control; T1 are distancing themselves from their own alleged hire in order to not aggravate fans any further - and what a sordid response that makes.