by Gonzalo "mitchmozey" Cardona
The grudge match has been confirmed by Johnnyboi himself during the latest Salt Cast episode. The Rocket League community is getting professional interregional play one way or another, at least per John "Johnnyboi_i" MacDonald.

After the disappointing cancellation of the long-overdue RLCS X Worlds LAN event, the Scotsman confirmed an NA vs EU matchup during the latest episode of the Salt Cast after a Twitter altercation arose from Joseph "noly" Kidd’s allegations against the North American Region. 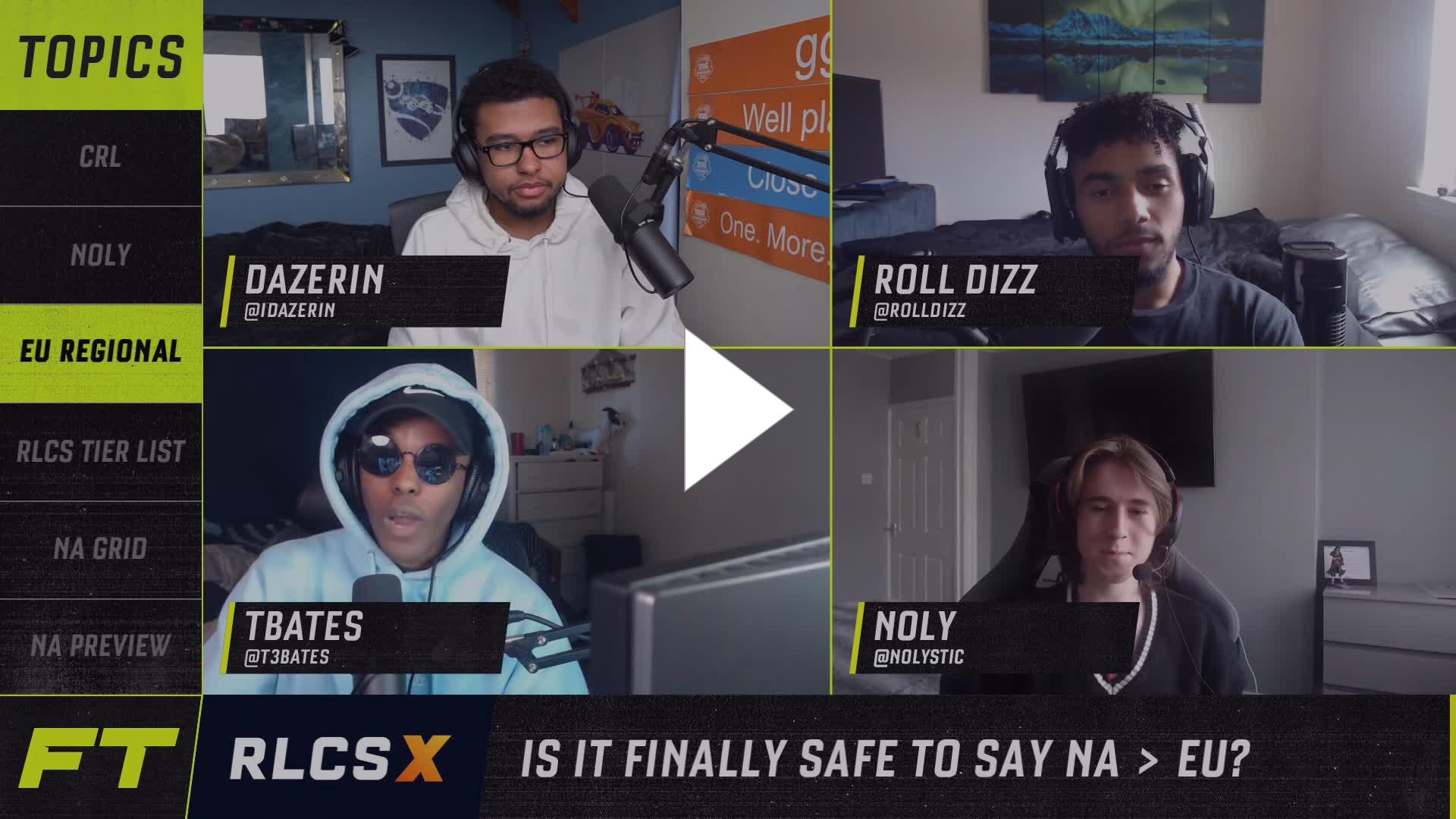 “M0nkeyM00n is 100% better than FirstKiller in every way possible”, the English player stated during the Rocket League podcast First Touch on Monday, also confirming his strong beliefs that his team, Guild Esports, is “top five” in the world, above NA’s Rogue.

This, inherently, started turning gears overseas and with the help of your favourite host, Johnnyboi, it seems we have a match set in stone between defending EU Regional champs Guild and three of the top players in NA East.

Without further ado, here’s everything you need to know about the NA vs EU Rocket League show match.

The Guild vs NA East show match will go down on Wednesday 28th April 2021. A match time is still yet to be announced.

The Guild vs NA East show match will be a best-of-seven series played in its entirety on EU servers per team team NA East’s request. Guild Esports is fresh off a dominant Regional Event run in Europe where they were crowned for the first time during RLCS X (Picture: @guildesports/Twitter)

The show match will have the starting squad of Guild Esports go against debatably the best three Rocket League players in the NA East region. The full list of players is as follows:

The show match is said to have a prize pool of $1,000 per Retals initial request. An official prize pool is yet to be announced.

Guild Esports vs NA East show match: how to watch

The Guild vs NA East show match will be streaming on Johnnyboi’s Twitch channel. You get access to it by clicking here.