Update: Psyonix is awarding 70 additional RLCS points for the “incorrect call” on Sunday’s Regional semifinals. Slater "Retals" Thomas has been disqualified from competing during the first day of the upcoming Spring Major tournament.

Rocket League Esports has found themselves in a pickle after a hiccup during their RLCS Season X Championship Sunday.

In the semifinals of the NA Spring regional, Team Envy faced off against Spacestation Gaming in a single-elimination best of seven series to find our second finalist and NRG’s opponent.

With the series tied 1-1, Game 3 headed to overtime which ended abruptly after SSG’s Caden "Sypical" Pellegrin disconnected, driving in a straight line not being able to follow up on the kickoff giving Envy the open net and winning in only five seconds. 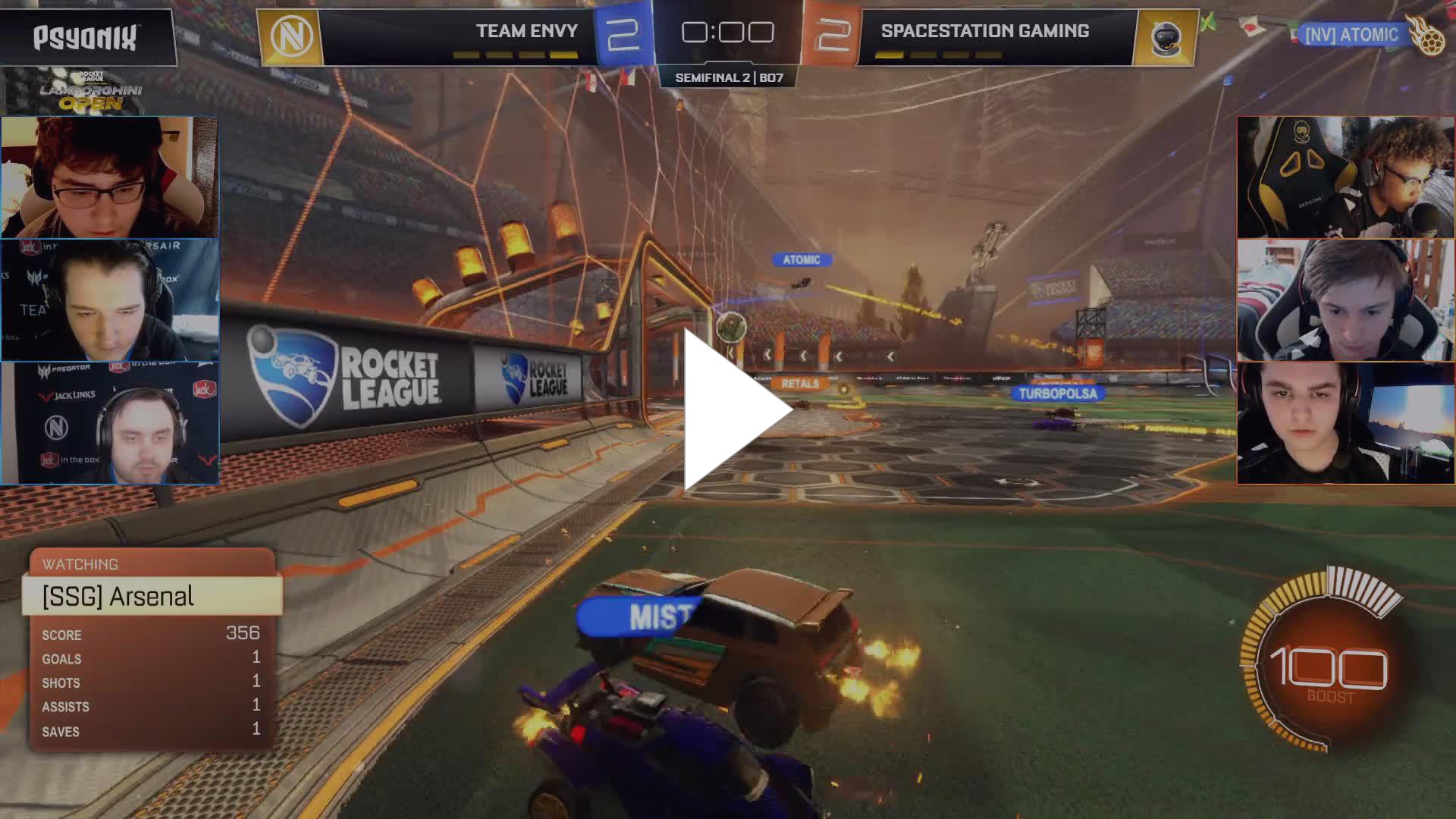 After the fact, series’ casters Caleb "WavePunk" Simmons and Michael "Achieves" Williams sent the stream into a 15-minute break where Spacestation was requesting a Game 3 restart from the overtime kickoff which was denied by tournament organisers and Rocket League developers, Psyonix.

“We took a pause to investigate a lag spike that happened during that overtime but the player who suffered from the lag spike wasn’t in a position to make a play on the ball, so the goal will stand”, Wavepunk explained as soon as the stream resumed and moved on quickly, most likely due to production wanting to get past the controversial call ASAP.

Rocket League Twitter, on the other hand, wasn’t going to let this one slide, with Spacestation Coach coach Robert “Chrome” Gomez shining a light on what went down during the five-second long overtime and fiasco.

Robert Gomez on TwitterPlayer dc's on kickoff and we get scored on. Oh i didn't call pause fast enough so we lose the game ðŸ‘— Robert Gomez (@ChromeRL) April 25, 2021Robert GomezTwitter

The disconnection needed to be called "quicker" per RLCS lobby admins to which the entire community joked around saying coach Chrome should take keyboarding classes instead of scrimmaging with his players.

Spacestation Gaming took the series to Game 7 where they eventually lost to Team Envy 2-0 as Slater "Retals" Thomas leaving the lobby early with five seconds left on the clock. Per RLCS rules, players must not leave official match lobbies during the series or before time expires and Retals might be sent a league fine in the next couple of days with the outraged fans wanting to cover the costs of the justified rage quit.

From pros to content creators, the Rocket League community is blasting Psyonix for the “scuffed finish” and decision making debating that Sypical “wasn’t in a position to make a play” is contradictory, to say the least. 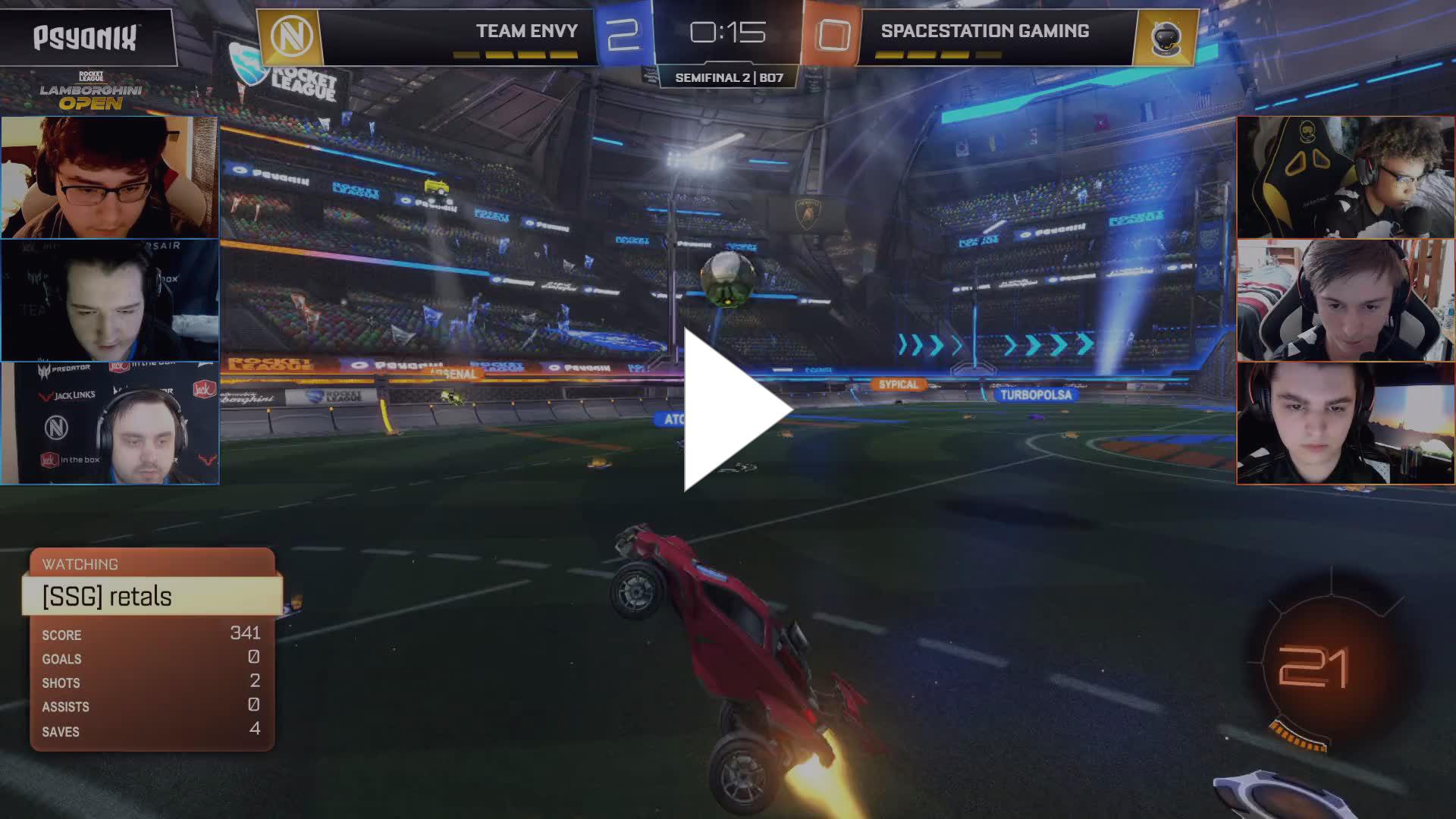 Team Envy headed to the Grand Finals and SpaceStation will return to the RLCS X in the last two tournaments of the season, the Spring major and RLCS X Championships.

Psyonix hasn’t issued a statement on the matter but trust we will continue to update you as the situation develops.