RLCS organisers Psyonix has finally broken the silence after almost 24 hours since the DC incident.

In an unfortunate series of events during the Spring Regional semifinal, Team Envy took Game 3 after Spacestation Gaming’s Caden "Sypical" Pellegrin had his controller disconnected right before the overtime kickoff, his game minimized and unable to follow up on the kickoff, left the net open for the score.

Team Envy would go on to win the series against Spacestation by one game 4-3 and, eventually, crown themselves the Regional Champions.

Right after the controversial Game 3, however, a 15-minute break was called as production, organisers, coaches and players argued about what just transpired. The decision was made that SSG coach Robert “Chrome” Gomez did not call in the pause on time and that evidence suggested Sypical experienced high ping meant the result would stand.

On Monday 26th April 2021, Psyonix has announced that “the call was incorrect” as it was “based on incomplete information” and has issued two competitive rulings that will be effective immediately. Psyonix will be awarding 70 additional RLCS points to Spacestation Gaming on top of their official 280 points given due to the team’s Lamborghini Open top four placement. The total of 350 RLCS points equals a second-place finish in the tournament, equaling NRG’s share at the end of the day.

On the other hand, SSG player Slater "Retals" Thomas has been disqualified for the first day of the upcoming North American Spring Major and will be replaced for the whole duration of the group stage, a total of four matches by Matthew "Satthew" Ackermann per coach Chrome.

This second ruling comes after Retals left Game 7 early and berated Psyonix employees live on Twitch after their loss and “scuffed” Game 3 finish. 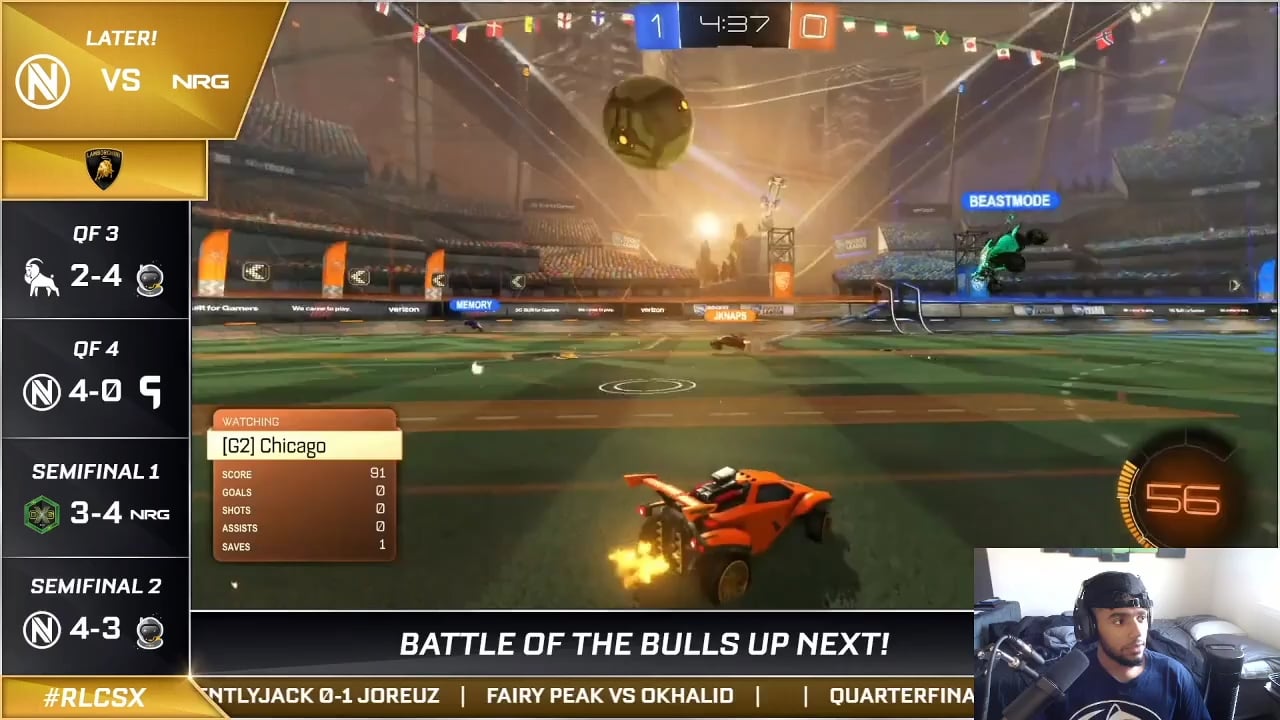 r/RocketLeagueEsports - Retals disrespects a Psyonix employee and their esports team while explaining the behind the scenes details to RollDizz.411 votes and 199 comments so far on RedditChickenUnusualreddit

“Syp’s like ‘I can’t move, I can’t move.’ The replay shows him going to a 180 ping and packet lossing. Psyonix, then, says that we didn’t have proof that Syp was lagging -- and then when we lose that Game 4 and it goes 3-1, Psyonix says ‘yo, Syp, send your files over", Retals shared on Raul "Roll Dizz" Diaz's Twitch stream.

The angered player went as far as to call Psyonix Esports Manager of Operations Murty "Scheist" Shah “an idiot" for fining him as Retals messaged the official professional Rocket League Discord server calling the organisers “an absolute s*** esports team.”

“Are they f****** dumb?”, Retals stated in the clip, later apologizing in a Reddit post: “I didnt react the right way, and for that i apologize”, the 18-year-old concluded as he will now miss half of the RLCS X Spring Major tournament.

Spacestation Gaming is currently qualified for RLCS X Championships and the current squad has been extended until 2023. We will keep you updated as the situation develops.