by Kevin Wolff
It's time for more Madden 22 ratings reveals as we're inching closer and closer to the scheduled release date. Here's everything you need to know about the Top 10 Tight Ends in Madden 22. Published on August 20th, 2021
The official release of Madden 22 is just around the corner as we move closer to football season.

These versatile pieces can completely transform your offence with the ability to both catch passes and block in the running game as well. Here's everything you need to know about the Top 10 Tight Ends in Madden 22. Tight Ends are making a comeback in the NFL as we move into a more pass-happy era of football. The league is certainly taking notice as these superstars have the versatility to perform many roles within the offence.

The rise in popularity for the position should mean we see more X-Factors granted to the Tight Ends in this year's title. So here they are, the Top 10 Tight Ends in Madden 22. 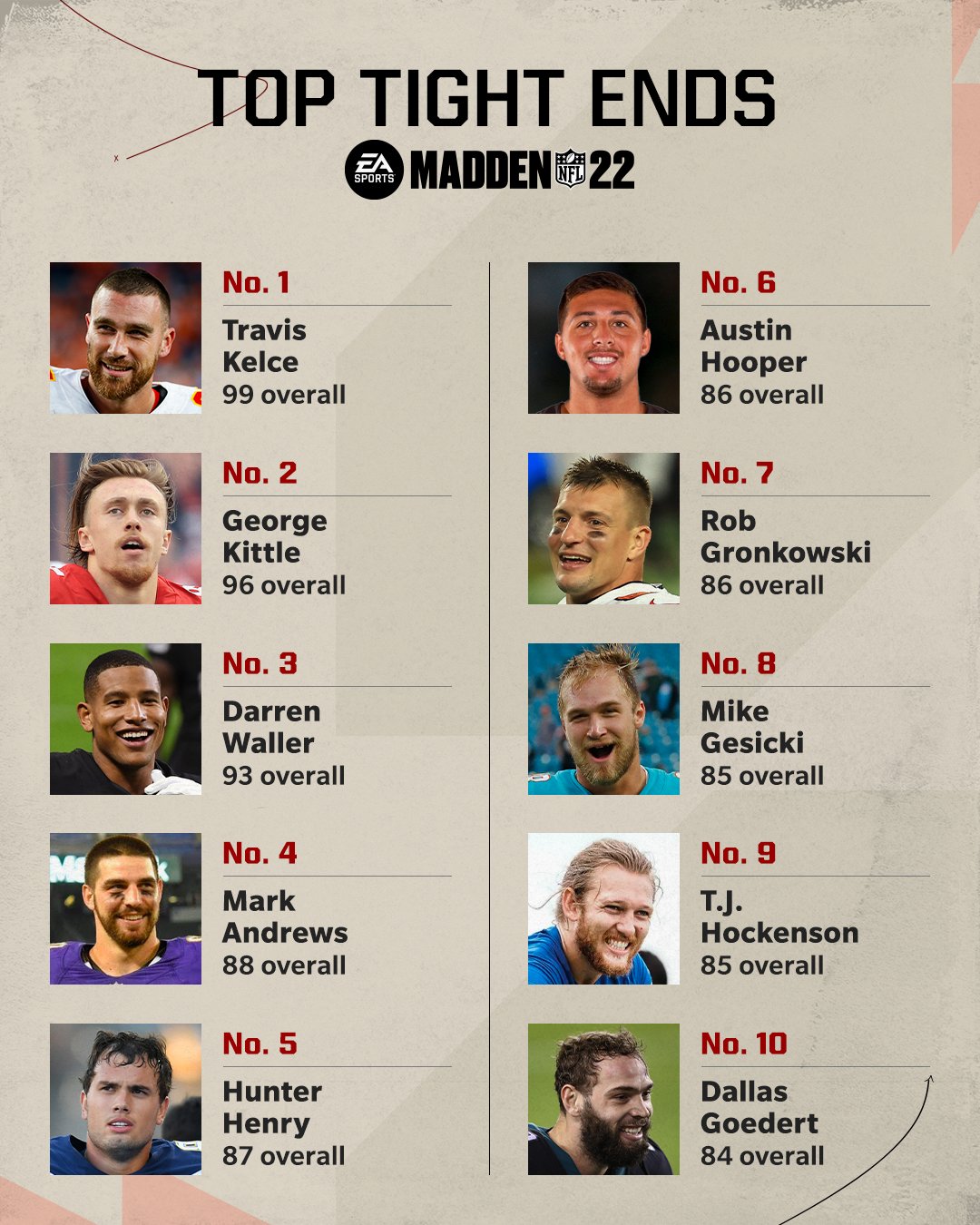 Travis Kelce and George Kittle will very likely go down as two of the greatest Tight Ends to ever play the position. It's fascinating to see them utilize such different skill sets and still have such a massive impact on the game.

The future of the position seems bright as well with youngsters like Mike Gesicki, T.J. Hockenson, and Dallas Goedert rounding out the list. All three have been welcomed additions to their respective teams since recently coming into the league.

We'll keep you in the loop with all the EA Sports information as we inch closer to the August release date. Make sure to bookmark our Madden 22 tab so you don't miss a beat along the way.