Gonzalo "mitchmozey" Cardona
The Swiss organisation pulls off the triple crown by winning all three European Major tournaments of the season. The European team that took the Rocket League Championship Series by storm has completed the Major trifecta with their Spring Major performance. 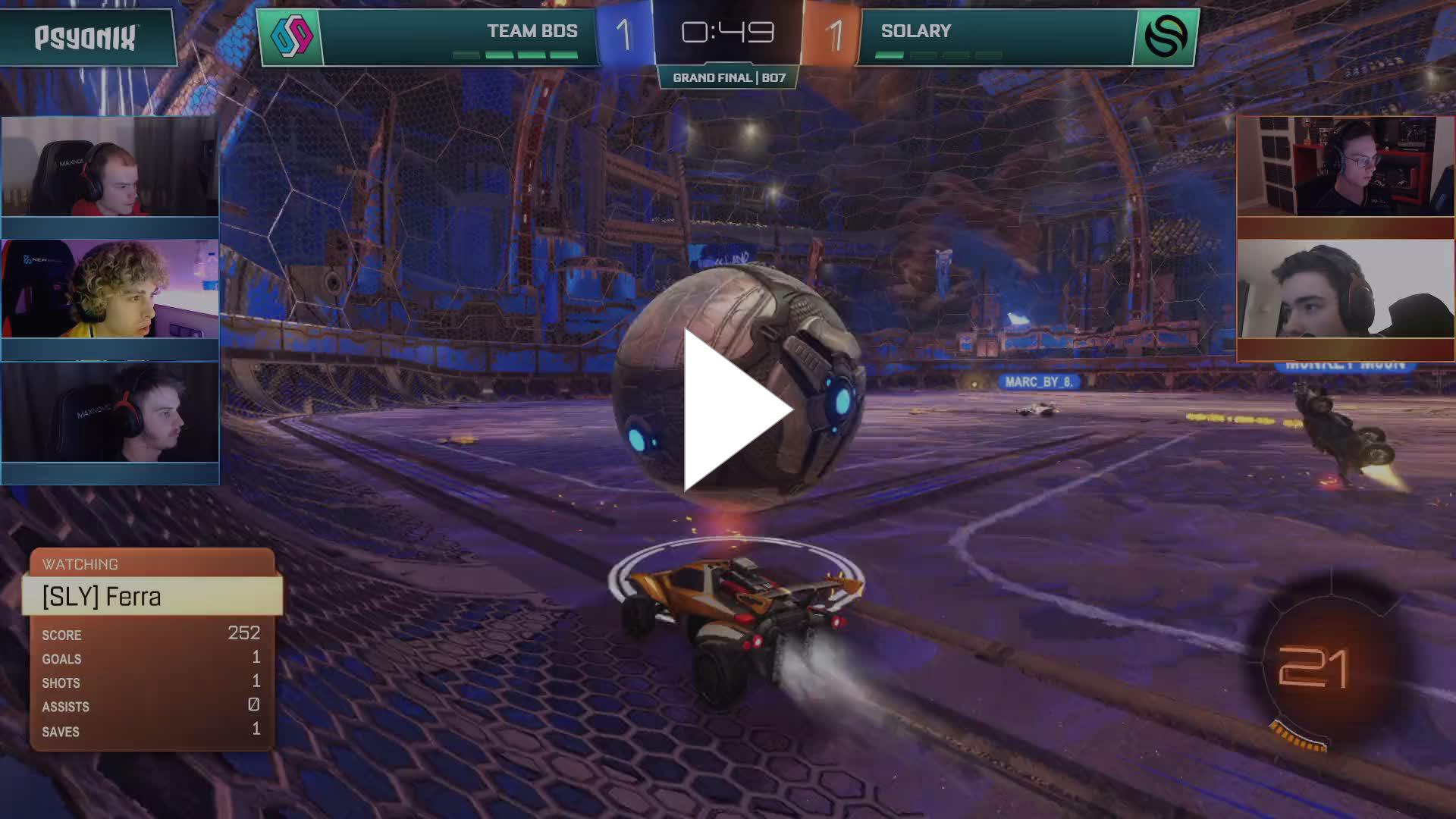 BDS have earned themselves $36,000 in prize pool money whilst Solary walk away with $18,000, falling short of a Major win in the season once again. Team BDS is no stranger to RLCS X Grand Finals yet had been absent from them since the first Spring Split regional event and while the Swiss organisation was playing for prize pool money only, Solary was trying to secure a better Championships seed for the season finale.

The French and Belgian roster was barraged with passes, shots and attacks, immediately falling to a 3-0 deficit in the series to which they responded to in Game 4, avoiding the clean sweep in the main stage as they skipped calling for their tactical timeout.

An assist by captain Victor “Ferra” Francal set up the overtime game-winner from Maello “AztraL” Ernst that gave Solary a glimpse of hope and an energy outburst. 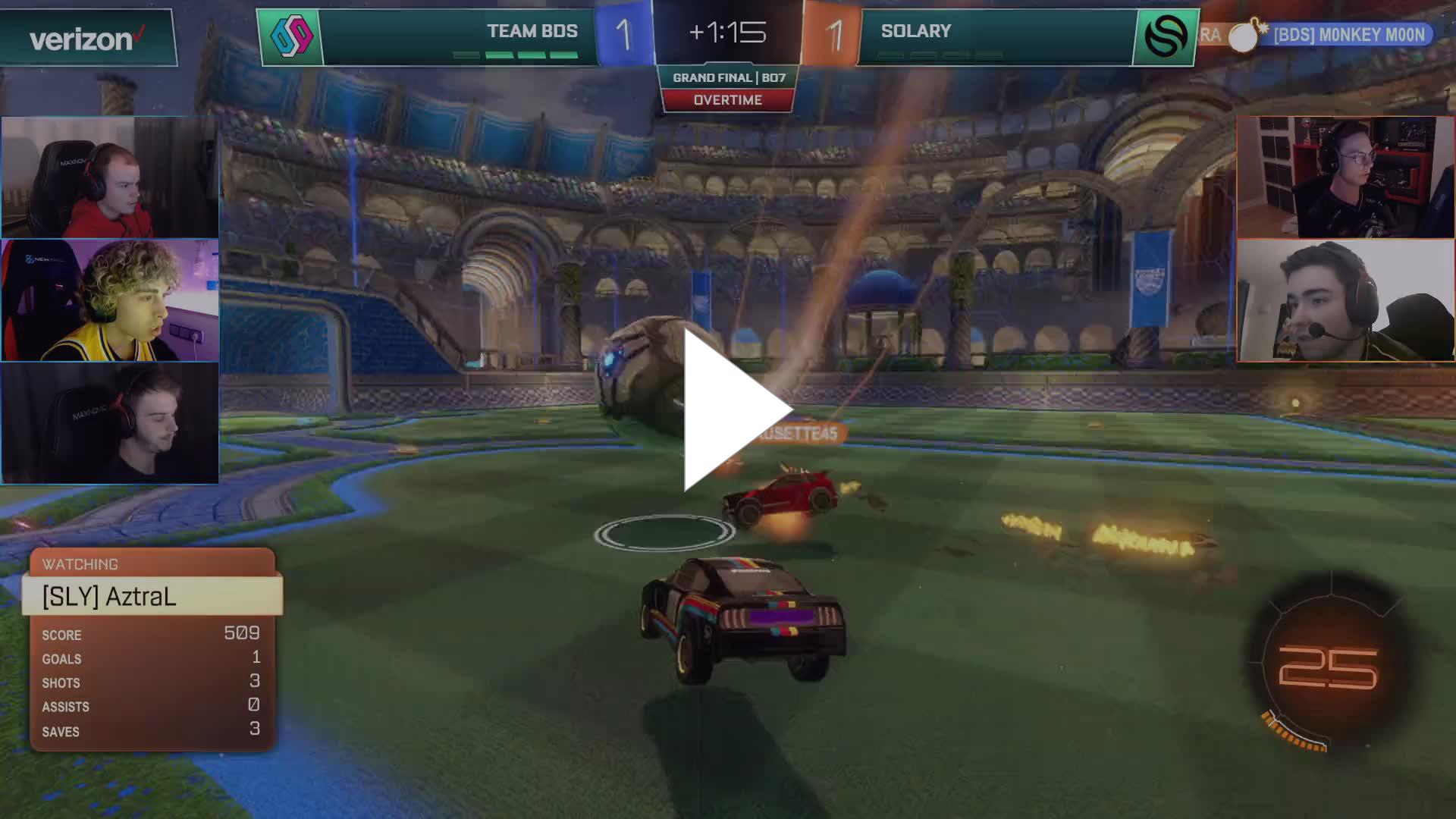 A hope and outburst that was quickly put out by the Spanish Fly Guy, Marc “MaRc_By_8” Domingo with an overzealous corner-ceiling pinch goal to start the championship-sealing Game 5. 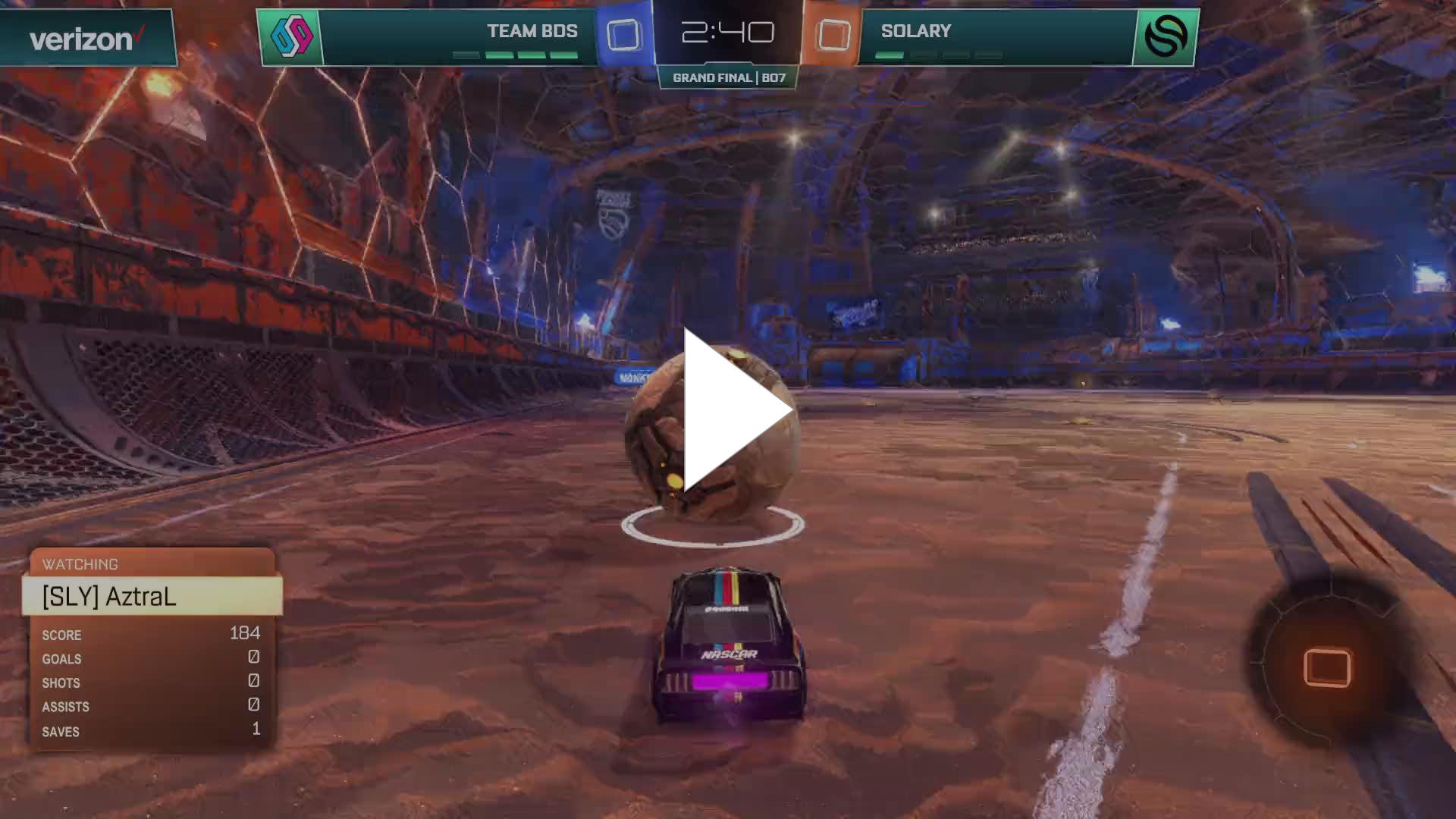 BDS would go on to hold on to their 2-1 lead and take the series in five games to win their third Major championship in the RLCS Season X.

Both teams entered Championship Sunday as their respective groups’ number one seed undefeated in four series and with a 12-4 game record.

During the single-elimination bracket, Solary had to push through tough matchups by defeating German Amigos (4-1) and Aether-turned-SK Gaming (4-3).

Meanwhile, BDS breezed through Top Blokes and Guild Esports, taking them out both in six games. With the result, Team BDS finishes the RLCS Season X atop of the leaderboards with a whopping 1850 circuit-point lead over 2nd place alone.

Solary’s runner-up performance has set them short of overtaking Guild for 4th place which will have the Spring Major finalists start from the lower bracket during the RLCS X Championships.