by Gonzalo "mitchmozey" Cardona
The YouTuber released the first-ever 22-user recorded game in the history of the game. In a feat that was deemed impossible not too long ago, Jared “SunlessKhan” Zook and friends wrote their name into the Rocket League history books.

The YouTuber released the first-ever football style 11 vs 11 match in Rocket League. 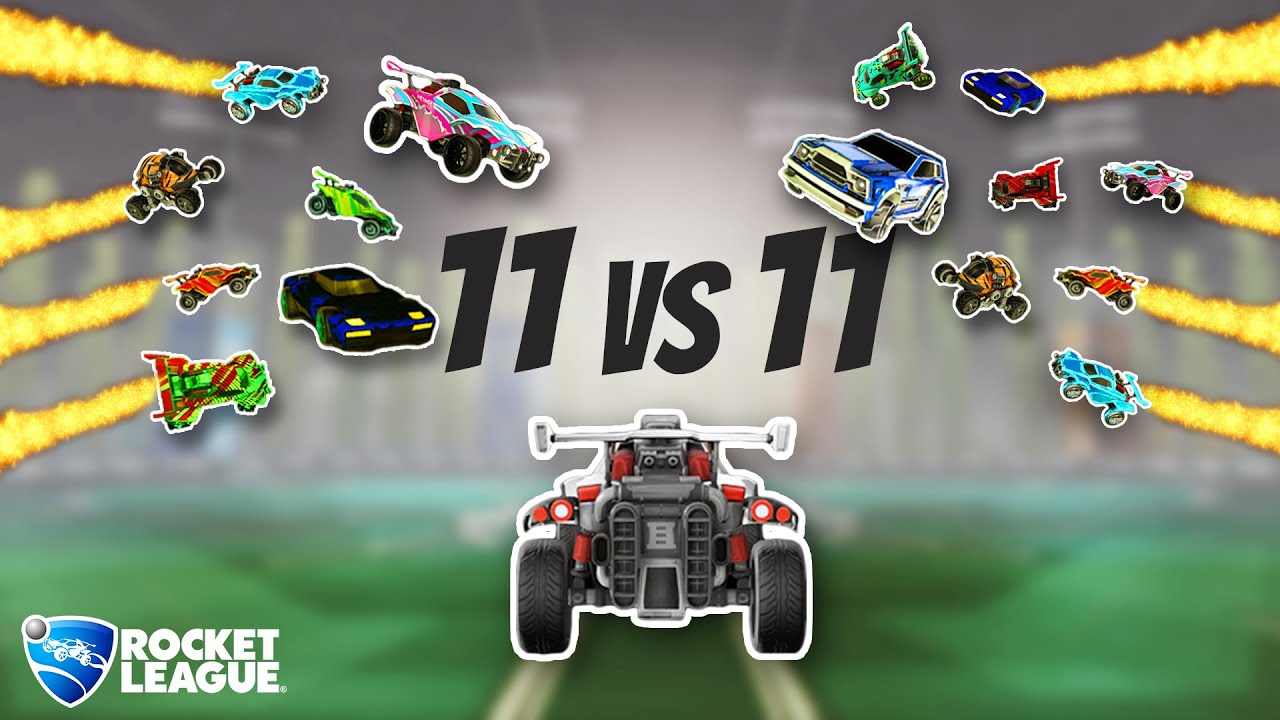 The game only allows up to eight players (4v4) under regular circumstances and modders all over the globe have accomplished at spawning hundreds of bots but never two tens of user-controlled battle-cars.

At least not until Community Workshop Games came along. With the assistance of BalancedWaffle and JetFox, the group of modders who run CWG, Sunless was able to pull the ground-breaking and history-making event. From Kylian Mbumpé to David Beckwith, both orange and blue were set and two matches were played; one with regular rotations and physics and another boomer ball plus football positions covering the field.

While a duovigintuple-commit was fun to watch during the first match, the positioning and strategy that involves playing a solid 4-2-4 formation is definitely where its at for this video.

Don’t forget to check out the full video linked above! Maybe the sequel will involve Cinderblock’s FIFA POV so we finally get the best of both worlds.