Who is Dream? The story of Minecraft's unseen YouTuber

Gonzalo "mitchmozey" Cardona
Published: Jan 14th, 2021, 08:15
Considering he has over 15 million YouTube subscribers and one of the highest-profile Minecraft servers surprisingly little is known about Dream. He bring together all the information we can (legally) find to answer - who is Dream? There are few bigger creators in the Minecraft community than Dream who in two short years grew his YouTube channel to one of the biggest in the game.

While he had attempted internet glory for a couple of years and with several different accounts, at some point coming to a rut with his main channel getting stuck on 1,000 subscribers, he achieved the unimaginable.

Pun intended dreams do come true as Dream hit 15 million subscribers before the end of 2020.

Here is everything that’s public information about the sandbox Houdini -- Minecraft YouTuber Dream.

Who is Dream? Humble beginnings

Born on 12th August 1999 and residing in Orlando, Florida, Dream had always attempted to “peak” in two things: Minecraft and YouTube.

He was part of servers like MCPvP and MunchyMC as staff, going from admin to developer back in 2016. MCPvP was shut down and a former staff member, BadBoyHalo, asked Dream to join him and help in efforts to bring MunchyMC to life.

While Dream left MunchyMC in July of 2017, his passion for the world’s most famous sandbox never left.

I am now @Dream I am unstoppable

His list of IGNs varied through the years depending on his projects -- from DreamOnPvP, DreamAF and DreamWasTaken (formerly his Twitter account, now his personal handle and also the name of his personal subreddit) to DreamTraps (still his YouTube URL), DeltaNinja and finally, Dream.

Dream started to gain real traction on YouTube with his hit “this cursed Minecraft video will trigger you…” amassing 10 million views to date.

Hitting 10K, 25K and 50K subscriber goals in a matter of days after releasing the video, Dream capitalised on this momentum by using a high-traffic game and personality: Pewdiepie’s return to Minecraft.

With his campaign to beat T-Series in the race to 100M subscribers, which he eventually called off due to gruesome attempts by singular community members, secured “Pewds” as the head of the table and his content to be a hot commodity for years to come.

While Pewdiepie actually debuted on YouTube back in 2009 with a regular Minecraft Let’s Play, he came back to the game in July of 2019, 10 years later and people were hyped.

Dream’s series trying to reverse engineer Pewdiepie’s Minecraft seed was an instant classic from the get-go.

Without spoiling too much, the project consisted of four videos, thousands of hours and the formation of the now world-renowned Dream Team, currently composed of Dream, Sapnap and GeorgeNotFound.

This series pushed Dream’s content beyond imagination and his success definitely sky-rocketed if it wasn’t doing so already -- but soon it would all turn into a nightmare.

Dream Drama: I lie, I cheat, I dream

Growing his channel, participating in the Minecraft Championship and winning it twice, speedrunning on Twitch and the Manhunt series, and pushing his brand with the iconic black and white doodle and Arial-italic logo created by his girlfriend, Dream was living -- well, the dream.

Whoever thought Dream helping the Glow Squid win Minecraft LIVE 2020’s poll was the worst thing he would’ve been involved so far was way off.

As his Manhunt series popularity rose, it inspired cult-like montages by fans with “900 IQ Minecraft plays by Dream” deemed to be staged. 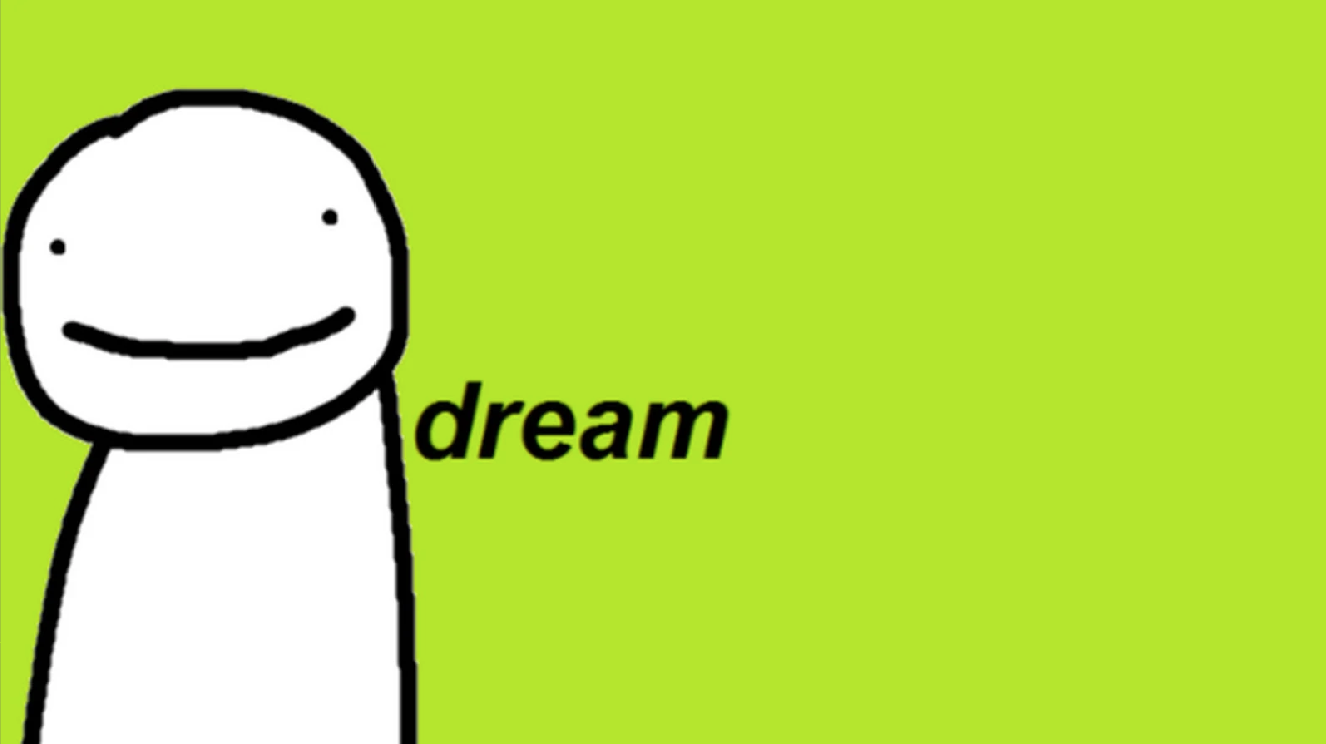 Then, the credibility of Dream’s speedruns were put into question when the Minecraft Java speedrunning moderator team released a paper on the likelihood of the drops that created the conditions for his successful speedrun attempts, they found the odds would have been in the trillions.

Geosquare, a member of the mod team, also released a mini-doc to his own channel with a summarized rundown deeming Dream’s runs “illegitimate.”

After a little back and forth between the two parties, the data was reviewed by an on-hire astrophysicist, the accused’s runs stayed off the boards and Dream doesn’t want anything to do in any further efforts to clear his name.

From being involved in a death-hoax with #RIPDream trending to apologizing for a clip going viral of a “lynching” joke, Dream’s fanbase, both casuals and stands were left divided by the latest headlines.

The latest drama regarding the 21-year-old involved his “abusive” ex-girlfriend who suffers from poor mental health and is believed by Dream to have been manipulated into helping a group to dox Dream, his friends and his family.

While the face reveal has been postponed until after COVID becomes a thing of the past, one of the internet’s most searched question is “what does Minecraft’s biggest content creator look like?”

Teasing a face reveal during MrBeast’s 2020 YouTube rewind, we will have to wait a little longer to know Dream in real life.

Although this last couple of months we may have learned that in the 21st-century era of content creation, some things may be better left unsaid or even unknown.