Esports Awards Game of the Year nominees in the spotlight

by
Phoebe Dua
Each game up for Esports Game of the Year has its own story for 2019 from record-breaking tournaments to growing prize pools to unique sponsorships. The Esports Awards 2019 ceremony is taking place this Saturday at the Esports Stadium Arlington in Texas.

With categories from across the esports scene, the community, industry and professionals will be both recognised and celebrated.

One of those categories is Esports Game of the Year. With ten nominees in the running, 2019 has been eventful for every single one.

While Modern Warfare released in late October and will be the title played in the upcoming Call of Duty League, it will be Black Ops 4 representing the series at this year's ceremony.

eUnited were the last team to win CWL Pro League and became the final CWL Championship winners, winning $800,000 in Los Angeles this August over 100 Thieves.

It also marked the end of the original OpTic Gaming who finished third at the tournament. OpTic Gaming Los Angeles is the new franchise team for the CDL under the ownership of Immortals Gaming Club.

For many fans, BO4 signifies the end of an era in Call of Duty Esports. Others see it as a fitting final chapter in one book as a new one opens in 2020. The Esports Game of the Year in both 2016 and 2017, CS:GO remains one of the biggest esports in the world.

With two Majors in the form of IEM Katowice and the StarLadder Berlin Major during the year as well as the annual ESL One Cologne event, the Counter-Strike scene has remained strong throughout 2019.

Astralis, the Danish powerhouse that dominated 2018, has continued to perform and is now in a three-horse race for the top spot at the end of the year.

Evil Geniuses and Team Liquid are two North American squads that are the challengers to their throne and the end of the year will be a brawl to the end.

Dota's The International remains an epic pinnacle of esports. With its immense prize pool and structure providing a true gauntlet to run for the winner, 2019 was no different for the popular Valve MOBA.

2019 was no different, with OG running through the Upper Bracket to not only lift the Aegis of Champions for a second time, but back-to-back after winning in 2018 too.

While the rest of the calendar gains less attention than TI, the whole year sees top tier competition as part of the Dota Pro Circuit. Beyond a video game and an esport, Fortnite is a cultural phenomenon.

After the Fortnite World Cup saw the best players from every region flown to New York to compete for a slice of a $30million prize pool, with the top prize of $3million in Solos eventually going to 16-year-old Kyle "Bugha" Giersdorf.

With The End event going viral and saw millions watch the black hole stream, Chapter 2 was introduced to the game instead of 'Season 11'.

Bringing new mechanics, weapons and cosmetics to a fresh map, the future is looking bright for the battle royale juggernaut.

Despite the position of League of Legends as the top esport in the world, only 2017 saw any accolade go the way of the Riot Games title.

The 2017 World Championship won Esports Live Event of the Year but it can be expected that this year's Worlds will be a nominee following an outstanding tourney that saw FunPlus Phoenix fly to victory.

With the continued growth of the LEC, LCS and other regional leagues, League of Legends has brought numerous non-endemic sponsors into the space including Louis Vuitton who helped design the Prestige True Damage skin for the champion Qiyana as part of Worlds 2019.

After the continuation of the GOATs meta, new rules saw a 2-2-2 role lock introduced to the OWL and all competitive play.

Overwatch itself is a reigning champion as the title won Esports Game of the Year in 2018 and will be looking to hold onto it this year.

Next year's homestand games and further hero additions will see the game reach new heights even if it falls short this time around. It hasn't been an easy year for PUBG as numerous big names have released players and implied they would be unlikely to return to the scene.

While things could be better, there has been a fair share of positives in the last year for PUBG players and fans alike.

In August, the PUBG Nations Cup saw Russia emerge on top, narrowly taking the trophy over the hometown squad in second.

The Global Championship rages on, with the semifinal matches also taking place this weekend.

A battle for dominance between G2 Esports and Team Empire saw an exciting year in R6 esports.

G2 claimed an early victory at the Six Invitational 2019, but after failing to qualify for the Pro League Season 9 Finals, Empire took the opportunity to add a title of their own.

The Six Major Raleigh 2019 saw a rematch from Montreal and Empire conquered G2 this time around. With neither due to meet again this year, this rivalry looks set to continue into 2020.

Neither team made the Season 10 Finals in Japan as it was Na'Vi that took down DarkZero Esports after battling against the contenders from Latin America, North America and Asia-Pacific. 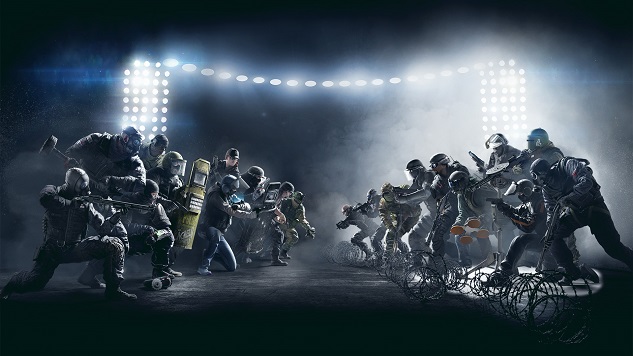 With the Intel World Open event taking place ahead of the Tokyo Olympic Games, Rocket League is helping lead esports into the mainstream alongside traditional sports.

As 'football with cars', the simple premise has been turned into not only a successful esport but a perfect representative of competitive gaming.

While Rocket League doesn't have the same draw as other big titles, it has an important place in the esports ecosystem with the backing of the most notable organisations in the space.

Esports cosmetics are available and they will be unchanged as the game removes their microtransactions and replaces them with Blueprints and an item store.

EVO 2019 saw the best SFV fighters compete on the biggest stage in the FGC and it was Takahashi "Bonchan" Masato who claimed the championship.

With the FGC often seen as its own space that orbits the esports scene, the recognition of the iconic series is important for the landscape of fighting games.

While the likes of Smash Ultimate have broad appeal, Street Fighter is a staple of arcades and now home consoles and PC, seeing multiple events throughout the year as part of the Capcom Pro Tour.

The latest installment in the classic franchise appeared as the featured game on an episode of GINX Studios' own live broadcast FGC show FIGHT CARD. The Esports Awards 2019 will be broadcast on Twitch, Mixer, Twitter and YouTube and all of the relevant links can be found on the official website. The Esports Game of the Year category as well as all of the other awards will be given out during the evening from 2:15am GMT.