Published on March 11th, 2019
UK streamer and professional Fortnite player Tinny has been released from his contract with esports organisation FlyQuest Sports with immediate effect. 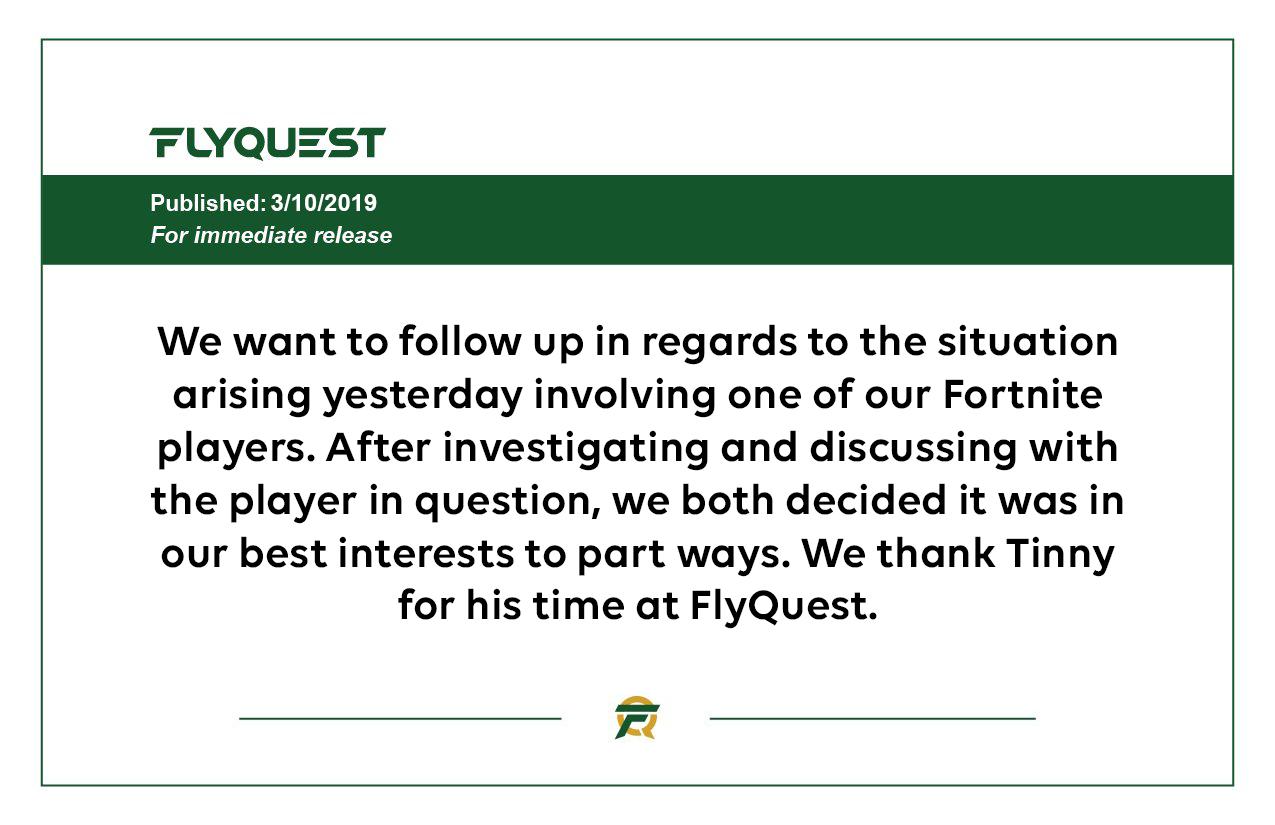 The situation arose following a tweet from Tinny's ex-girlfriend, in which she touches on the abuse she received at his hands for the duration of their six-year relationship. She mentions being financially dependent on him and being isolated from everything else, a common occurrence amongst domestic abuse victims, saying that he was "disgustingly abusive, both physically and mentally", going on to say that neighbours heard and witnessed the abuse, and domestic abuse reports were made to the police. You can see her full statement in the tweet below: https://twitter.com/KilluaKiII/status/1104438838112468993 She followed up with multiple recordings of his abuse towards her, including telling her to "just kill herself", saying that she's "wasted energy" and that nobody loves or cares about her. However, we can assure that many do, including myself and the rest of us at GINX Esports TV. Though these allegations are only that for now, the evidence seems pretty conclusive and hopefully this issue will be resolved as soon as possible. She has since tweeted that he is taking legal action, but is concerned over her lack of financial independence as opposed to he who "has so much money and donators with insane amounts of money". https://twitter.com/KilluaKiII/status/1105076917181562881 Only last week, TSM released their pro player Noah â€œCowboyâ€ Cmiel after allegations surfaced of him sending multiple inappropriate messages to an underage female streamer, who wished to remain anonymous. In an industry so rife with toxicity, but even more-so with people trying to dispel this toxicity, it is a shame that these stories continue to come out.