by mitchmozey
Whether you are a Rookie or Rocket Demigod, here is everything you need to know -- or remember next time you hit the pitch. Rocket League was released over five years ago and while it can be undermined as just “car soccer”, it has one of the highest skill ceilings in the gaming industry -- professional and casual gameplay alike.

With the format, physics and controls like no other, this sports videogame is as complex as it can get with its only predecessor in style being its own prequel.

Although the game does have basic tutorials for driving, jumping and boosting, it is natural the bar had to be and is still being raised by the community. It’s up to each other to teach each other -- hence content creation being key for a game like Rocket League.

Solo queueing or playing with your clan, there are things you need to know and almost no one will teach you if you are to survive in this community.

So without further ado -- here are five Rocket League unspoken rules so you can step up on the pitch and live a long healthy rocketeer life.

If missing an open net is the worse thing that can happen to you in Rocket League, double committing is a close second.

Either on an aerial, a save or a shot, double committing leaves your side of the field vulnerable on a 3v1 if playing threes or an open net if queueing twos.

You won’t double commit ever again (at least on kickoffs, that is) with this very strategic approach. No matter the kickoff spawn point, the rule is simple. If you are closest to the ball, you go. If two players are the same distance to the ball, left goes. 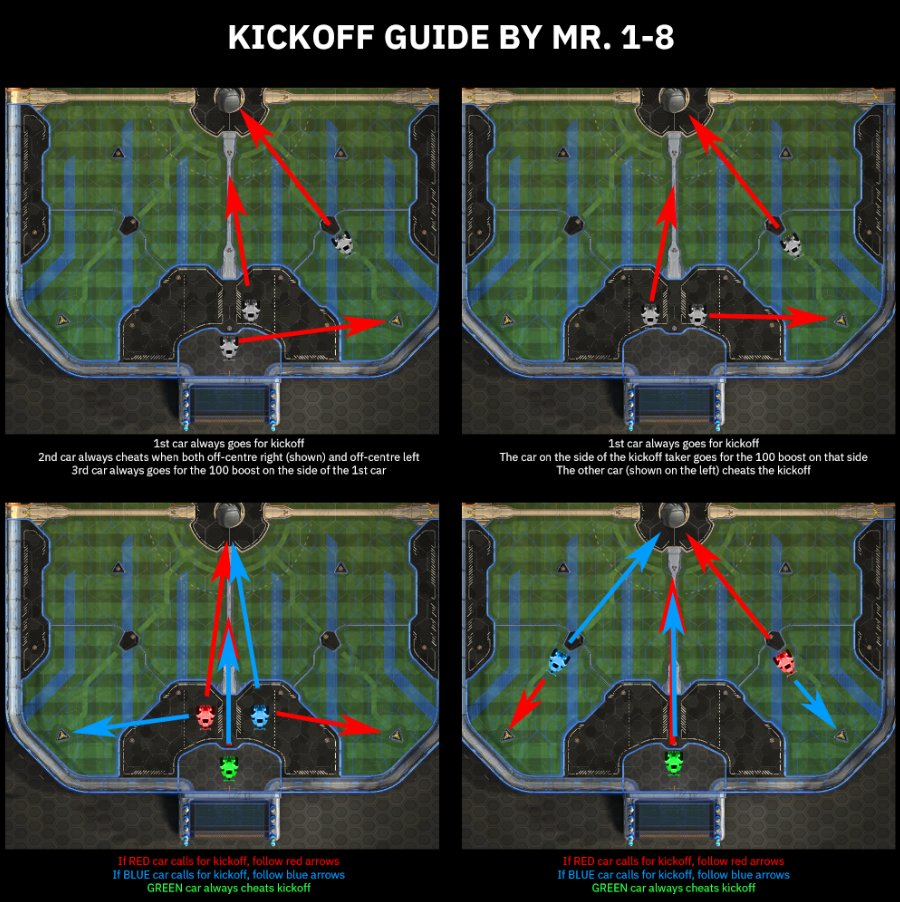 This chart found across Reddit and Twitter thoroughly explains 3v3 spawn points and tasks. Although I lean towards going for corner boost and turning towards the net, this graphic explains who goes for kickoff, who pushes up behind them or “cheats up” and who goes for boost.

Left goes is key especially when comms are not possible or when solo queueing through the playlists. What might be confusing for a few games, Left Goes becomes second nature after practising consistently.

While cheating up is a strategy used in every pro lobby because the first touch by both teams kills the ball in the middle subsequently creating a “second kickoff”, in lower ranks or casual gameplay the ball will most likely shoot out to either side of the field where teammates will have space (and full boost) to work with.

And yes, left goes is a very simplistic way of organizing kickoffs. While pros will actually "break" this rule, for the sake of basic courtesy and advanced gameplay, if you are left, ask for the ball and go. You will seem knowledgable and players will respect you a little more. Kind of.

4. Faking before “Faking” was a thing

As there are only four quick chats per quick chat category, you have only so many options equipped and ready to chat in the heat of the moment.

Before the quick chat “Faking” made its debut with the free-to-play update from September 2020, there was another way to call for a fake without comms which still happens every other game.

Recalling the spawn points from the previous rule, once these criteria are met, there will be a designated kickoff goer in a split of a second you and your teammates spawn. 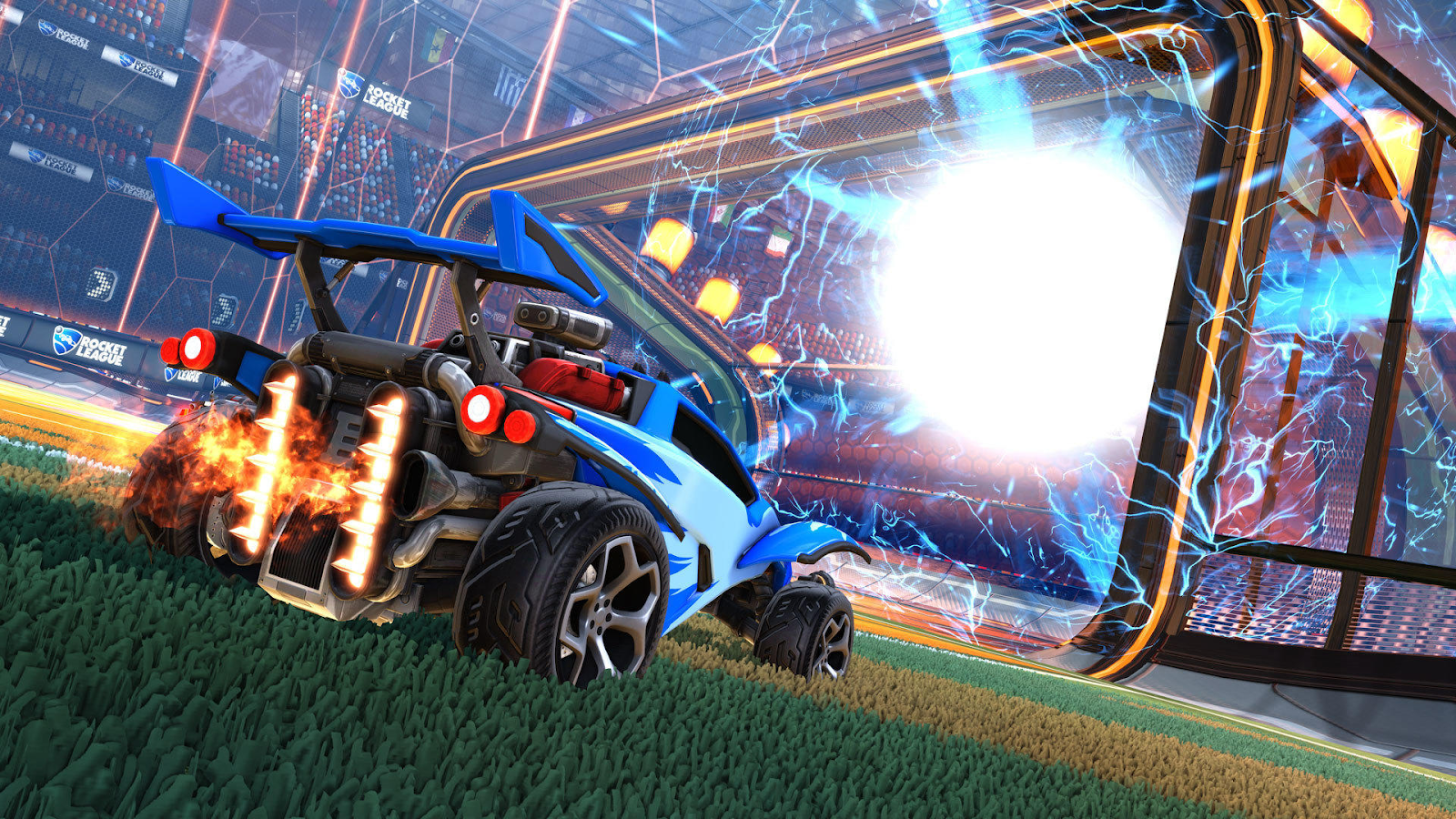 This fake format on a kickoff is used so the kickoff designated player inches to the ball and drives away going to collect a full boost, the opposing team gives up possession immediately thinking they will have a 50/50 midfield and you receive the ball for a shot, pass or team play with minimum boost wasted.

With a little practice on Left Goes, calling for fakes will become an addiction. If you are teaming up with a highly ranked player, the quick chats above depending on the spawn points will be understood immediately. Give it a try on Casual first and see how it goes the first couple of times.

This one is still a pet peeve of mine and for good reason. Going back to spawn locations and kickoff priorities -- let’s assume we are all organized and ready to go for kickoff, okay?

Let’s say we have a 2v2 in our hands and your teammate goes for the kickoff and you decide to go for a corner boost and turn towards the net to follow up on the 50/50. Business as usual.

Let’s say the ball rolls towards the wall of the side you picked to go for boost for, you creep full boosting and end up picking up the full mid-boost. This is as bad as double committing. 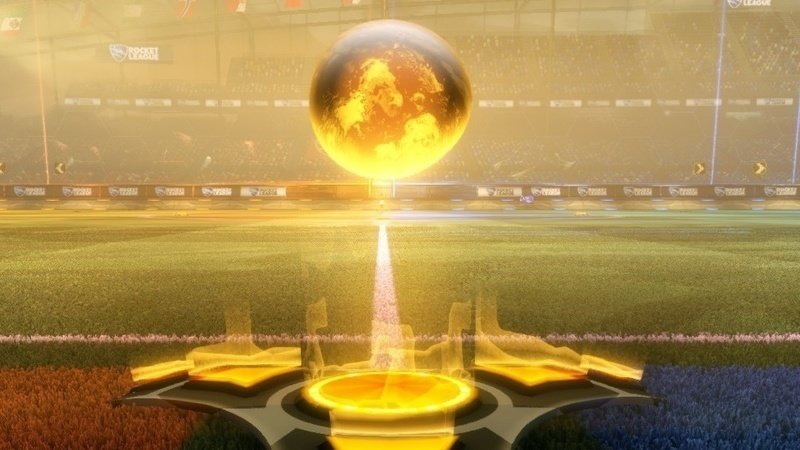 Boost starving your own team is probably one of the most obscure topics for players who don’t review professional gameplay or are self-taught over the internet.

If they turn their ball cam off and you most likely give possession in a solo play, it’s an automatic 2v1 as your team sits boost-less waiting for the score.

If you boost starve your own teammate, expect a combination of “Wow!”, “Nice one!” and “Okay.” in your quick chats. Or if they have the time, they'll actually type "boost>ball."

Like San Andreas’ CJ once said: "here we go again". What is one of the most highly-debated topics amongst longtime Rocket League fans, followers, pros and casters, saying or typing Rule #1 still feels like walking on eggshells.

And because we are all about peace and love here at GINXTV and would not like getting shredded across Rocket League’s Reddit or Discord server, we set them both atop with a tie. 200 IQ play.

A little background for anyone late to the party: the two rules at stake are the infamous deadlock and keeping the ball up at zero seconds. 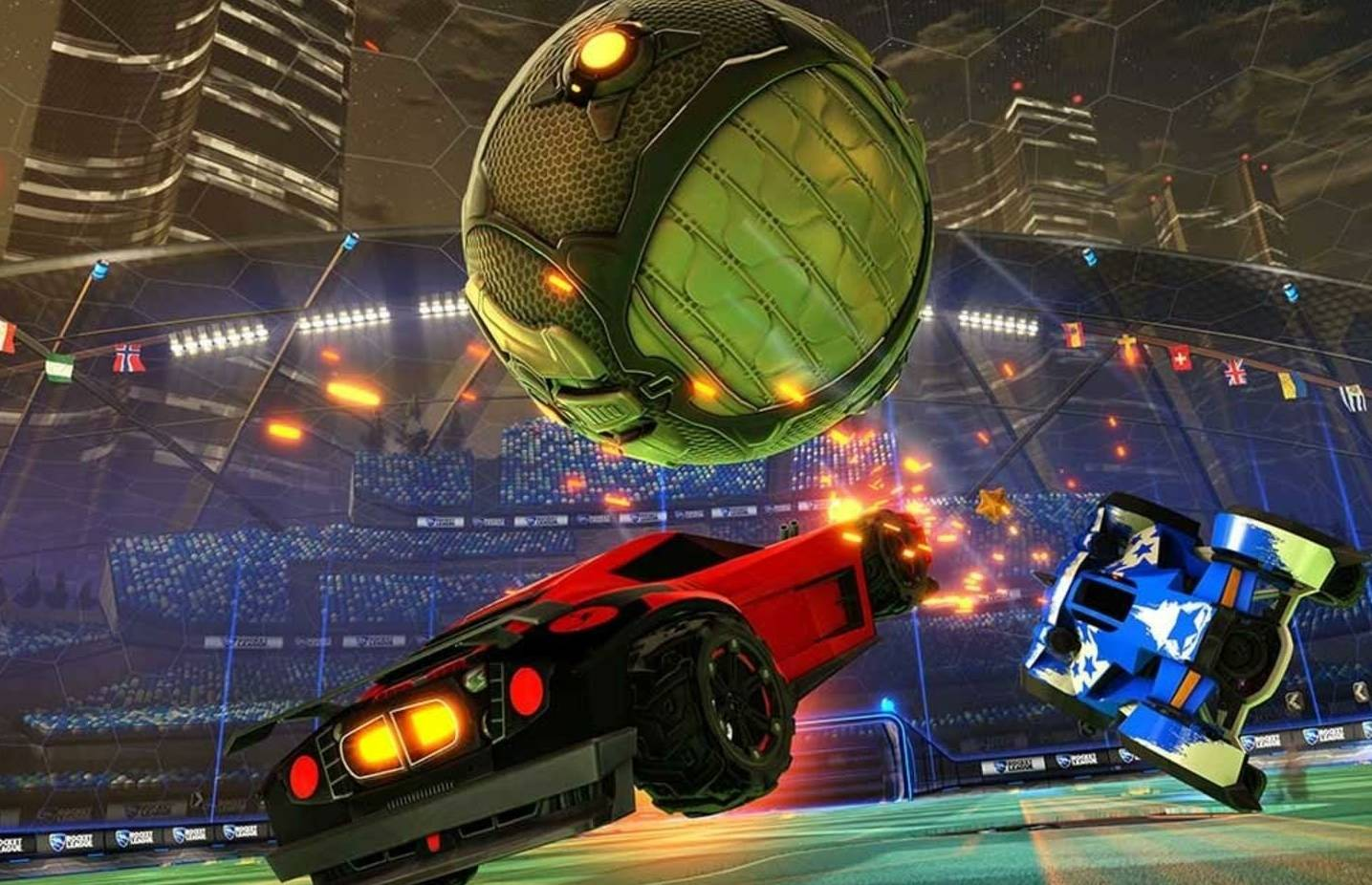 The latter is self-explanatory. No matter if you are winning or losing, you need to try your best to keep the ball up from touching the ground. You can imagine why this rule fell from people’s grace.

Anyone with half-an-ounce of game sense and strategic thinking would know that in competitive Rocket League at the amateur, semi-pro or pro levels if you are up only one score, you need to kill the ball and make it hit the ground ASAP.

This “don’t let it touch the ground” like a balloon at a kids’ party minigame can be really fun in Casual playlists, though. You might see all players forgetting teams and colours, especially when the game reaches blowout scoring proportions, you might find all cars keeping the ball in the air and trying to score even if it’s in their own net. The other rule is called The Deadlock where two battle-cars accidentally bump into each other with the nose or the back of their bodies and need to keep holding their trigger to keep moving backwards or forwards, locking and staying locked until a goal is scored or until one of them is demolished or bumped out of the rule.

While this rule is almost impossible to follow in Casual playlists as it will take your deadlock as being idle and eventually kick you out of the lobby if the lock lingers a little too long, we have seen this rule be followed (and broken) during professional, real-life, money-making, career-defining competitive Rocket League matches.

YouTuber Mav created a compilation early last year of this rule being caught live during RLCS streams, followed and respected in competitive and pro lobbies alike -- most of the time.

Keeping the ball up isn't the best tactic when you are winning, but eliminating an opponent for one of your team's players seems as fair as an actual rule. While bumping or demoing to get out of it is highly debated, if bumping by accident can be respected, someone going out of their way to break it should be too.

Rule #1 isn’t written anywhere in the game nor has it been confirmed or denied by anyone at Psyonix, Epic Games or Rocket League employees. It is merely a cultural community thing that we like to argue about and follow and point to it like Leo DiCaprio’s “Once Upon A Time in Hollywood” meme.

Whether you keep the ball up, keep your battle-cars locked or your Rule #1 is to always forfeit on a one-score deficit with plenty of time on the clock, you are now caught up with your basic knowledge survival kit for a happy Rocket League career.

Aerial away, GL and HF!

Rocket League Season 2 Series: items, how to get them and more