Imane "Pokimane" Anys recently criticized top “hot tub” Twitch streamers, Kaitlyn "Amouranth" Siragusa and Jenelle "Indiefoxx" Dagres, after their recent ASMR licking stint on the streaming platform. In what ended with just a 3-day ban, Pokimane indicated that it was “unfair” for the two streamers to dominate the category with sexually suggestive poses, citing that she felt “really really bad” for legitimate ASMR artists. Pokimane definitely has a point, however, it would seem as though Twitch icon, Félix “xQc” Lengyel, had something to add.

xQc has a message for Pokimane

In a clip entitled, “Pokimane’s take on how the ASMR meta hurts existing ASMR creators who don’t sexualize their content”, Pokimane said:

"I feel really really bad for legitimate ASMR artists that spend their whole life trying to make interesting, cool, ASMR content; and as someone who has done ASMR for a bit, I actually stopped making ASMR videos, primarily because I noticed like how much effort and dedication it makes ” -

Only to be interrupted by xQc’s response, saying:

“Oh, you make a really cool, interesting sound that helps a lot of people and are really interesting and innovative. Nah, stop right there. How about you lick my eardrum with your tongue and then you put your a** hole right next to my ear and fart directly into my ear canal, please”. Of course, xQc was referencing the recent ASMR mic licking trend popularized by Indiefoxx and Amouranth. While we’re sure Pokimane would rather not follow suit (despite him asking nicely), xQc’s comment does have substance. It is disappointing to see credible ASMR work be tainted by provocative content. He later added that he also empathises, citing that he “feels bad for everybody who does it, who watches it, people in the same category that see it” and we couldn’t agree more.

You can watch the clip below: 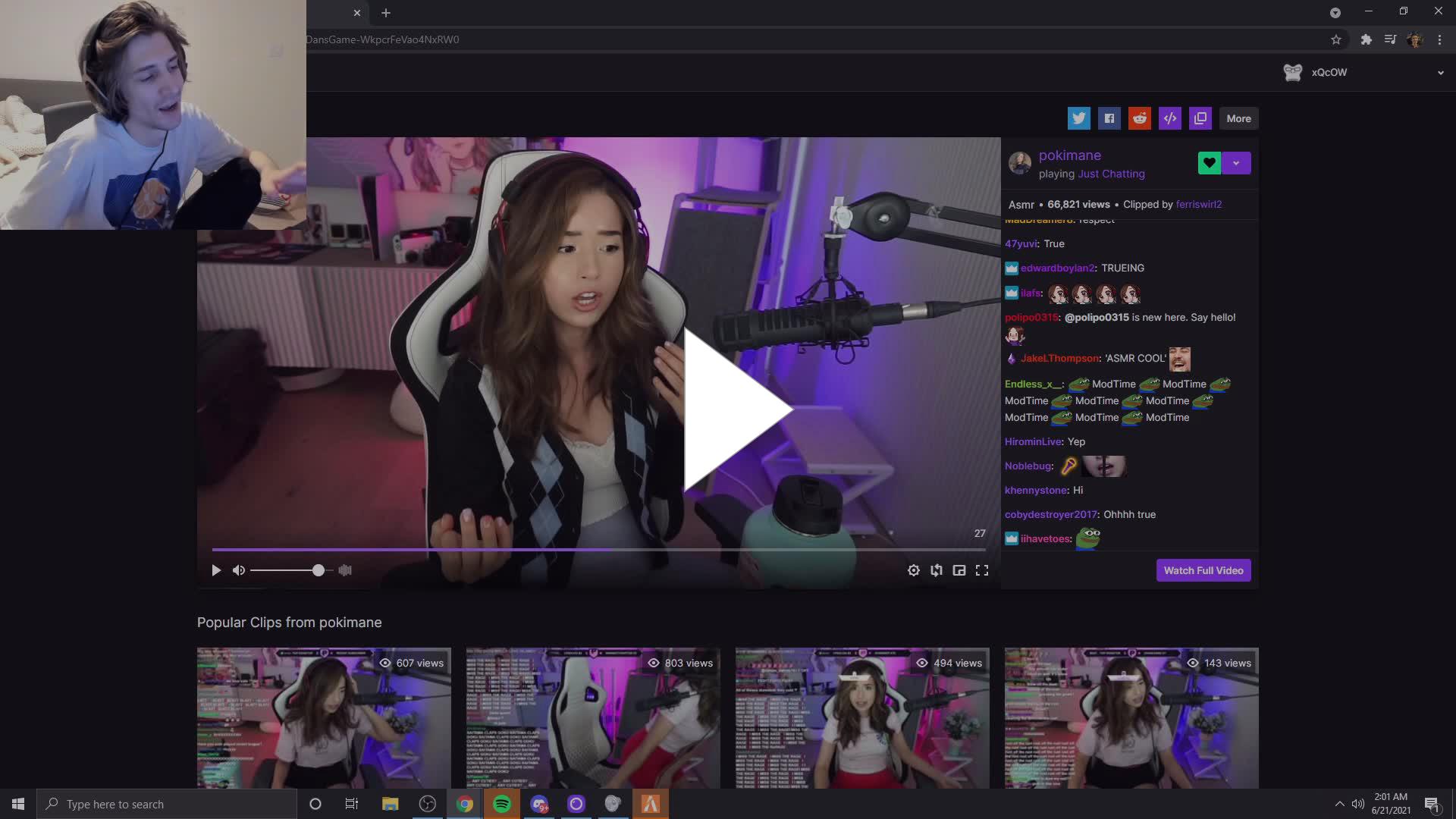 In case you’re wondering, we don’t think that xQc was bashing Pokimane’s criticism on the current ASMR and hot tub meta. CodeMiko also recently fired shots at the trend and some streamers have even criticized Twitch for its unfair moderation on the platform.

What are your thoughts on the situation? Do you believe that there is a place for ASMR licking trends on Twitch? Let us know by tweeting us at @newsginx or @ginxtv.