There has been a whole lot of commotion from Twitch personalities big and small due to the Twitch DMCA strikes happening to a plethora of streamers. On 5th November, one of the biggest Call of Duty streamers, NICKMERCS, even got a DMCA strike for a Kanye West donation sound clip back in 2018. Now, Félix "xQc" Lengyel has given his opinion on Twitch DMCA strikes.

Even xQc himself has apparently received copyright strikes and DMCA notices from Twitch, as record labels are pursuing users for playing music, without the proper licencing.

xQc addressed the ongoing Twitch DMCA strikes drama in a recent Just Chatting stream. The famous streamer noted how he had to be "super careful", before explaining: "I don’t know what it is with their system, but they’re recording and they’re looking at infractions from past clips from years ago that are already deleted.

"I'm assuming they flagged content that was infrationary from years ago and they’ve stored it in a database and they’re now taking action or something, right?" Twitch, of course, has a three-strike rule when it comes to DMCA, as per their guidelines on the matter.

xQc went on to explain how big streaming platforms such as YouTube and Twitch need to show good faith in applying the rules and laws. This is why xQc thinks the three-strike rule is a necessity because otherwise Twitch will get sued according to the streamer. 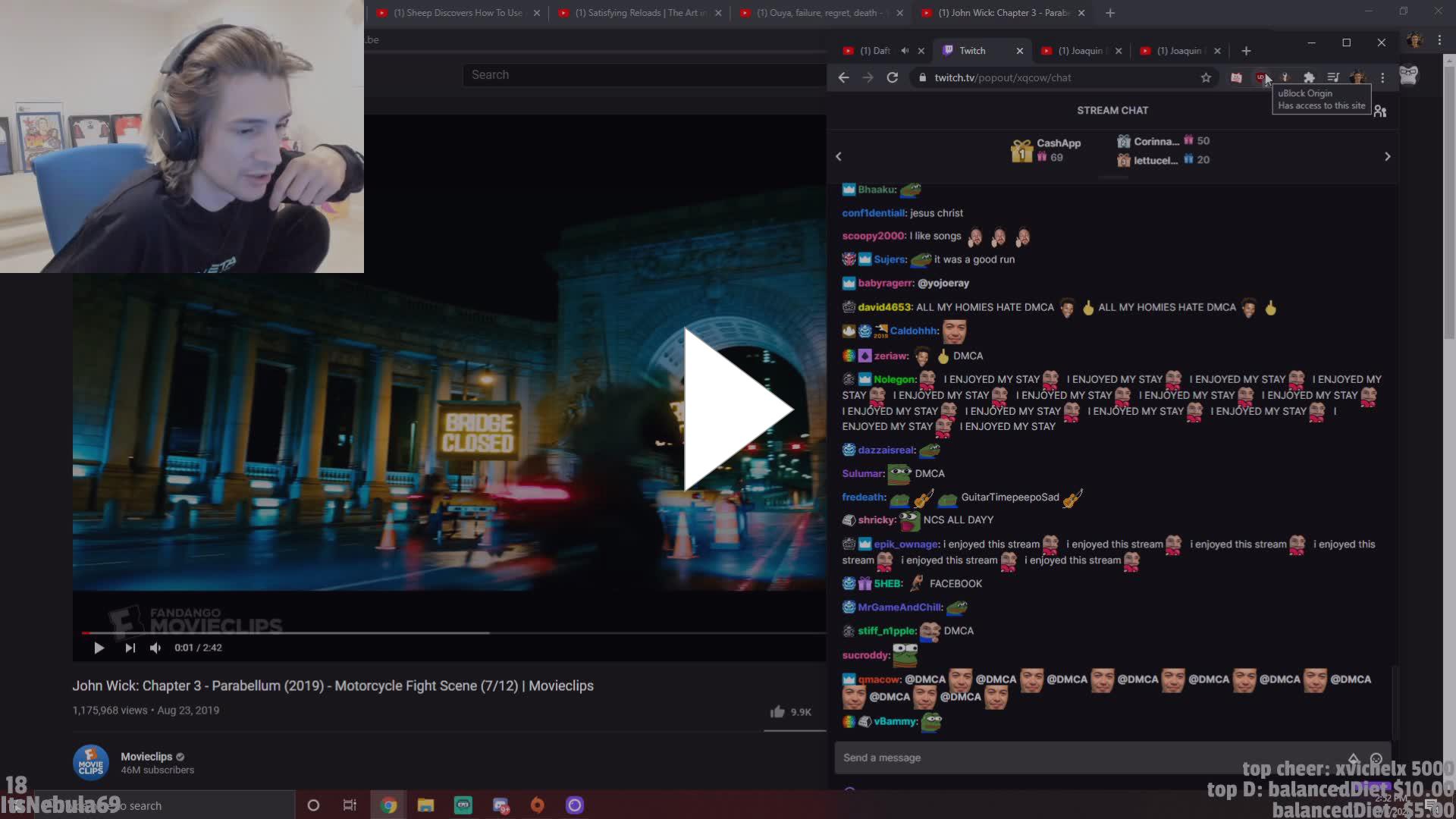 xQc also thinks it is "really weird", as people are getting DMCA strikes for odd reasons, such as music playing in the streets from a long time ago.

The streamer explains: "People are getting warned for music that was playing in the streets or in a game from like four years ago. That’s really weird. The song is literally in a video game, when you’re playing it, there’s nothing you can do to avoid it."