Ludwig shares story of the first time he kissed QT Ludwig Ahgren is an immensely popular variety streamer on Twitch and previously held the record of having the highest all-time sub count, after his groundbreaking subathon in April this year. He currently has nearly 3 million follows with over 80 million views on Twitch and does not appear to be slowing down anytime soon.

Beyond Ludwig’s contagious gameplay, fans also flock to his stream when he features his girlfriend QTCinderella (or “QT”) in his streams. The streaming power couple has been dating since early last year and Ludwig’s recent recount of their first kiss had us in stitches.

Ludwig shares his and QT’s first kiss together

During a broadcast on the 12th of July, Ludwig and QT were detailing their first official date at the Santa Monica Pier. Ludwig proceeded to recount his version of their “first kiss” and it’s hilarious. We should note it’s also totally not what happened, but it’s hilarious to hear anyway.

After pulling a “Chad manoeuvre” by running off into the ocean in his Calvin Klein Boxer Briefs, Ludwig and QT drove to the Santa Monica Pier with her friends. He explained that they both shared their own pod on the Ferris Wheel before revealing “the magical moment”.

“As we go up and we hit the peak and we have the entire view of the ocean on one side, and the view of Los Angeles on the other,  I kissed her for the first time”, Ludwig said whilst romantic music played in the background. 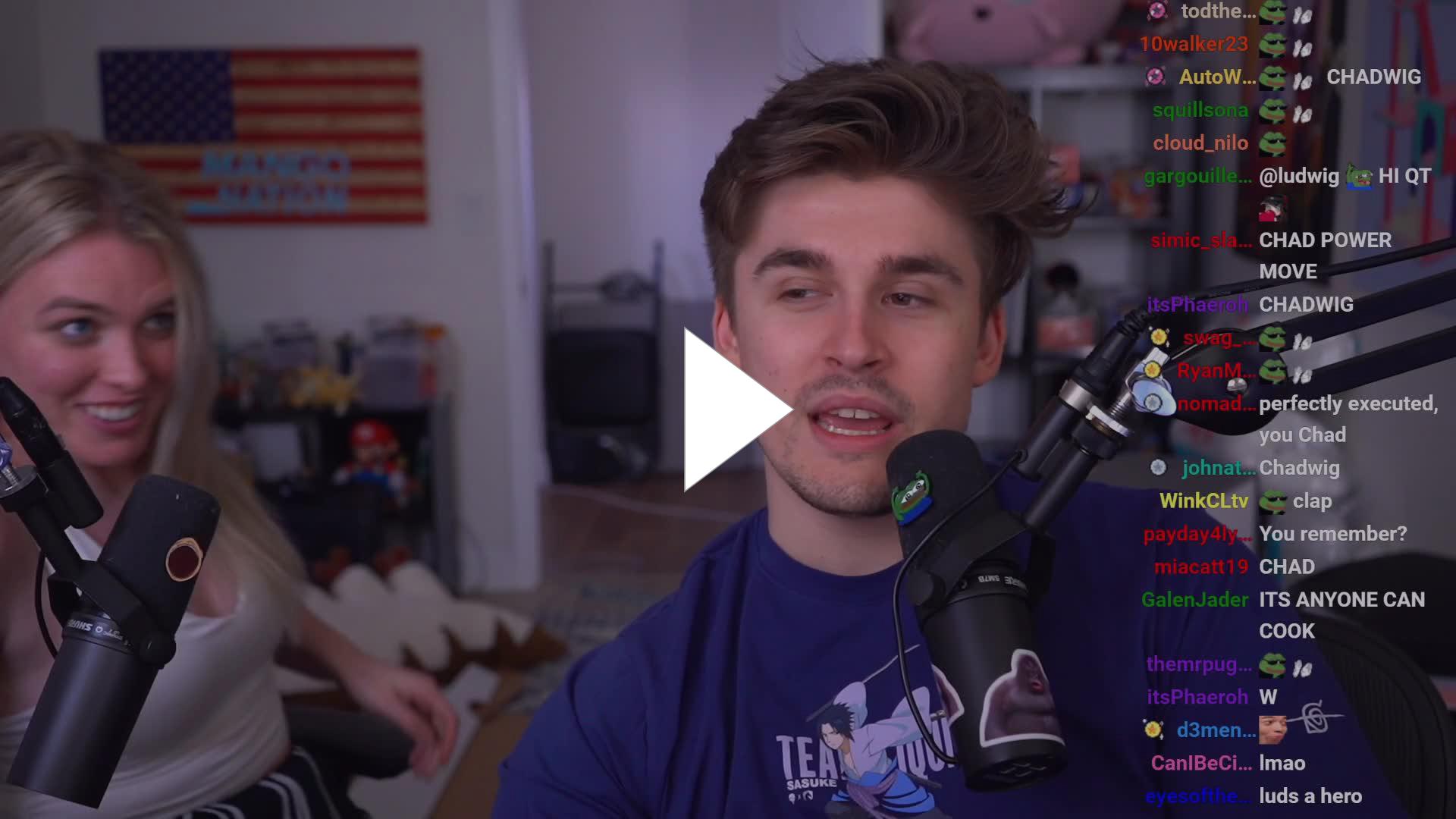 QT burst out laughing, saying: “No he didn’t! Why are you like this? Why are you lying?”. Ludwig then recounted the correct version of events, saying:

“Oh yeah, we rode the entire Ferris Wheel the whole way without kissing”, adding that “[they] didn’t kiss the entire time” despite going on other rides as well.

“But we did hold hands! That’s right boys, I was in almost assuredly! Months of talking online, all for what? All for the most magical moment in the world when my [hand] met hers”, he said.

“It seemed as if the world stopped for a moment… and it did, for me”, Ludwig added, before he “brought her back to [his] place… to watch a [air quote] movie”.

Ludwig’s storytelling ability is certainly enviable but we can’t say that it’s the truth. In “The Newly Wed Show” with xQc, Soda, Adept and other notable influencers earlier this month, Ludwig and QT detailed what actually happened.

During the stream, QT explained that Ludwig " wakes up at like 4 in the morning to go to the bathroom to go pee, comes back, lays down in bed and says 'ok, hey, come here, come here' and I'm like 'what' and I roll over and he kisses me", adding that "it was awful".

We must admit that we still appreciate Ludwig exercising his poetic license with this more recent account.