Former professional Gears and Halo player, NICKMERCS, is in hot water after uploading a video where stream snipers followed him around and basically gave up mid-game to help the 3.25-million-subscriber YouTuber.

The NICKMERCS YouTube channel then published the following video a day after the comments section accused the 29-year-old of cheating by taking advantage of stream snipers who happened to be fans, aiding him instead.

For those who don’t know, stream sniping is a frowned upon strat where users from the same lobby as the broadcaster watch him live while playing in order to get more information from their screen or headset, with the goal to grief them for attention with thousands of people watching.

In his latest video, NICKMERCS denies that accepting friendly stream snipers’ help is cheating as he received backlash after being brought choppers and cash mid-game which helped him add 30 kills to his name.

As he is pulling 50-60K viewers daily on his Twitch account, he agreed “not all [of them are] good people.” 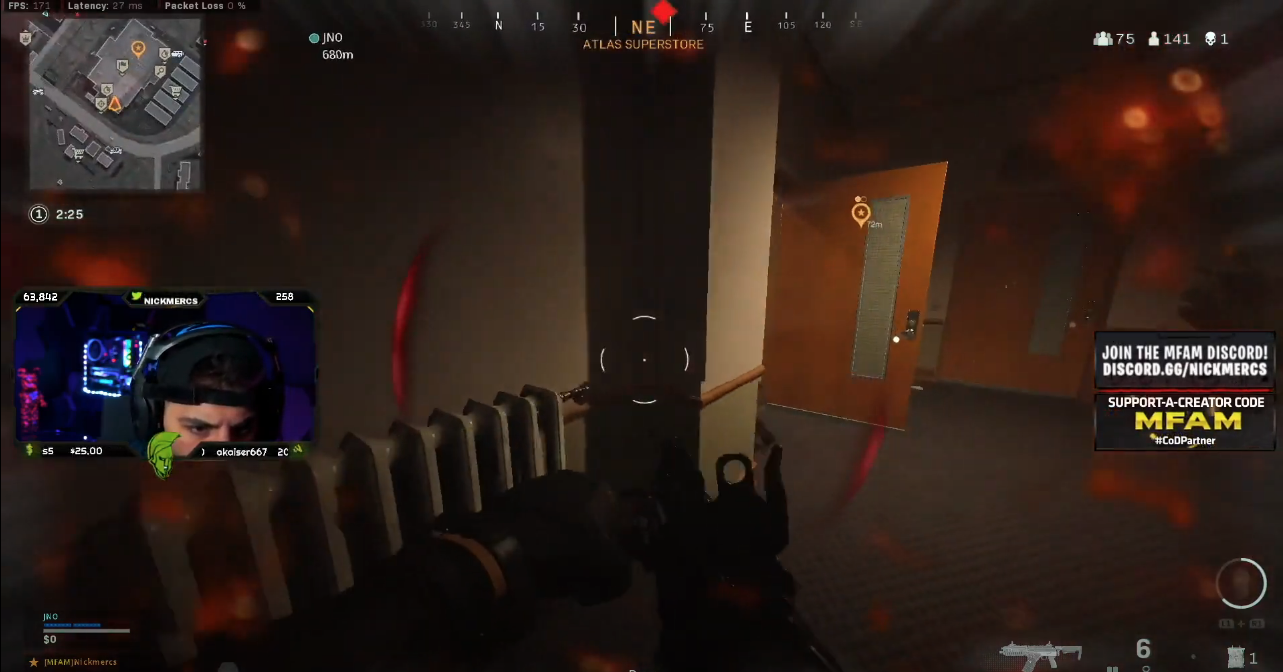 He states, “I don’t got none of these dudes on payroll. I don’t ask any of them to bring me loot. I sometimes may encourage it by not getting upset by it… I don’t really mind the help. I think it’s an attempt to try and even everything out and in my opinion, I’m not complaining.”

Solutions to help stream sniping have been thrown around the internet for a while, talking about blocking each user or delaying the stream by a few minutes, but most options are either easy to work around or completely defeat the purpose of live streaming.

Of course, Nick is not only referring to regular stream snipers but also the rampant cheaters Warzone has. Activision previously reported over 200,000 hackers were already banned, with more and more joining the club each day.

Regarding the accusations, NICKMERCS had pretty strong words for what he calls the bad stream snipers, the friendly stream snipers and his accusers:

“I don’t care how many bags you see ‘em drop in front of me. I don’t care how many choppers you see ‘em bring me and the boys; it does not make it even. We are playing a different game”.
We don’t expect to hear much from YouTube, Twitch or Activision for that matter. Although the issue has its fair amount of people chiming in, hacking and stream sniping is not an issue blamed on the snipee, for good or bad.

“I’m a lot of things: I’m a dickhead, I’m an asshole, but I am no damn cheater, man”, NICKMERCS added, maybe raising more questions than answering them about how to work this complex situation involving several million-user platforms.