by
Andrés Aquino
BruceDropEmOff was caught red-handed during a math question and was subject to verbal abuse after the show. Another Schooled show, another cheater caught in 4k. This time around, it was Twitch streamer Bruce "BruceDropEmOff" Ray who was spotted, with the content creator being subject to racial abuse as a result.

It all went down during Matthew "Mizkif" Rinaudo's Schooled stream on 7th June, a show that had notorious Minecraft YouTuber Dream no-show with no prior warning.

Bruce's big mistake came during a simple math question, which goes as follows: "Sam owns a t-shirt printing business. His expenses are US$4 per shirt. Sam sells each shirt for US$10. He sold 327 shirts last month. How much total profit did Sam make on t-shirts last month?"

Did you get it right? It's a very basic math question with multiple solutions, with the easiest one being multiplying 6 by 327, which would give you a total of US$1962.

The thing that stood out on Bruce's board and that Mizkif immediately noticed was that his match was off, but the result right, as the streamer had multiplied 327 times 10. 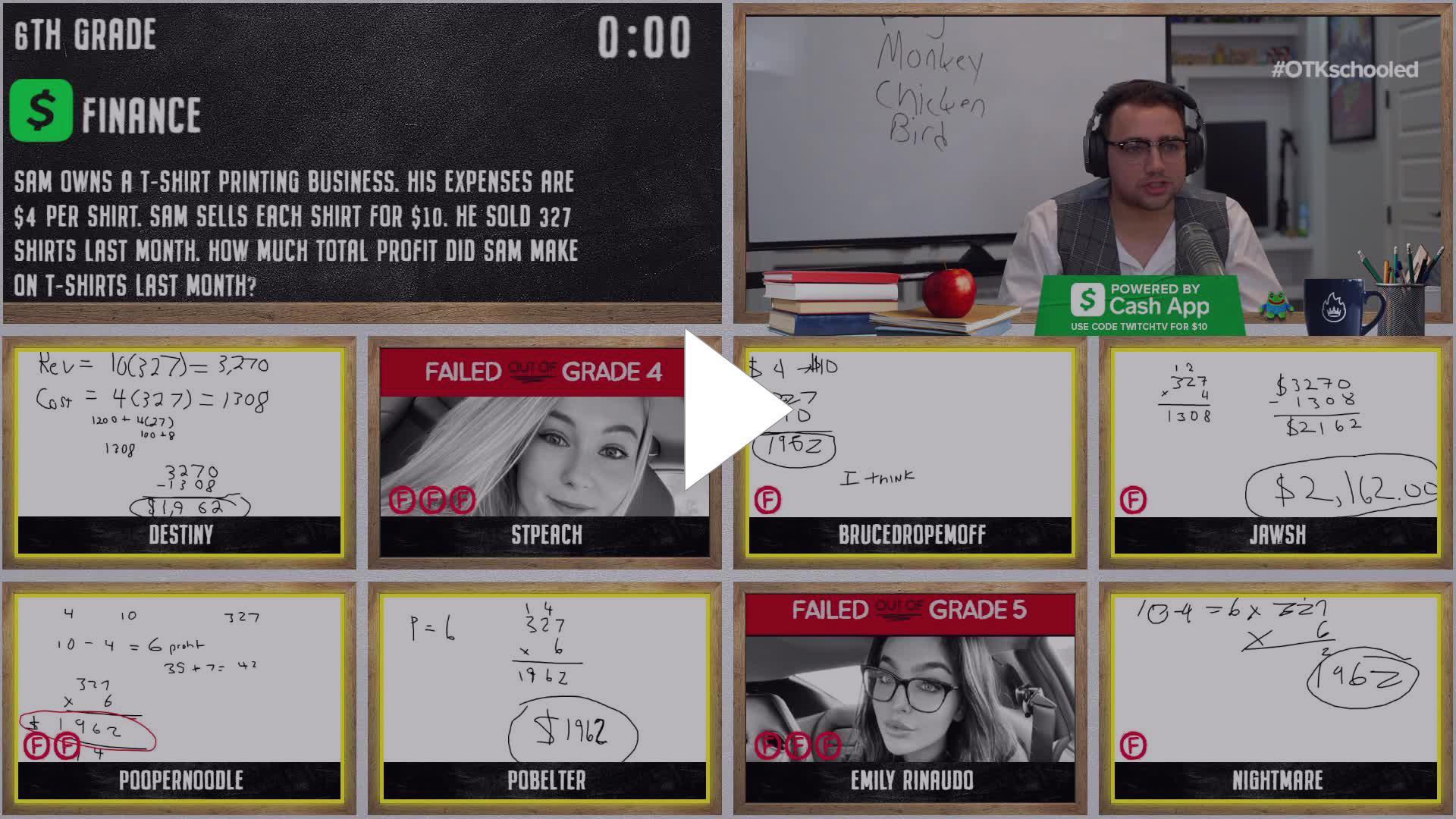 "Bruce, apparently you have the right answer but the wrong math. How do you land in that situation?" Mizkif questioned. What ensued was a series of awkward attempts by Bruce to try and cover the fact he blatantly cheated, something the streamer would confirm according to Mizkif.

Bruce ended up eliminated a few more questions down the line and immediately shared threats he received after the show, with users emailing him harmful and racially abusive messages for his participation on Schooled.

Mizkif came out in defence of Bruce, explaining that the streamer immediately confessed to cheating and that his personality helped make the show fun to watch for viewers who tuned in.

"People think I even care you admitted to me the second it happened and you and Nightmare carried the show," the host of Schooled tweeted out.

Cheating is not cool, but you know what's even less cool? Being a racist knob online.