TSM Hamlinz breaks silence: When is his next Twitch stream?

Wessel Minnie
Published: Oct 26th, 2020, 10:03
After four months, TSM Hamlinz, aka Darryle Hamlin, has broken his silence on social media, leaving fans to wonder when his next Twitch stream will be. Darryle Hamlin, also known as Team SoloMID (TSM) Hamlinz, is a beloved Fortnite streamer who has been very quiet this year. While he did tweet and stream a few times earlier this year, he went completely quiet on 30th June 2020. It appears Hamlinz is now back, leaving many to wonder when he will start streaming on Twitch again. On 25th October, his fans rejoiced as the Fortnite streaming star for TSM tweeted out a message, signalling his possible return to streaming.

While TSM Hamlinz didn't mention streaming, he did say "Feeling like myself again". This short but sweet message likely indicated he will be back to streaming sooner rather than later.

At the time of writing, the tweet sits at nearly 100,000 likes, which means TSM Hamlinz return could be massive.

Through his Fortnite content, he has amassed over 2.1 million Twitch followers, and over 1.3 million subscribers on YouTube.

When will TSM Hamlinz stream again?

At the time of writing, TSM Hamlinz has not announced when his next Twitch stream will happen. However, with the Fortnite streaming star saying he is feeling like himself again, we might not have to wait all too long.

The easiest way to keep tabs on when TSM Hamlinz's next stream will occur is by checking his Twitch.tv channel, or even subscribing to it.

Hopefully, we will see the talented Fortnite player for TSM return to streaming soon. 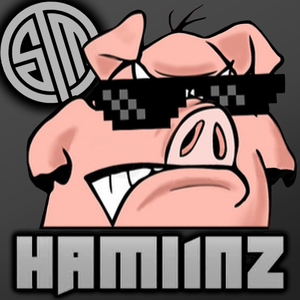