xQc: Twitch gambling "as dangerous" as promoting smoking or drinking

Chadley Kemp
Published: Jul 22nd, 2021, 13:17
Twitch star, Felix “xQc” Lengyel, got into a heated debate with Hasan Piker as they discussed Twitch gambling, calling it out to be “as dangerous” as promoting smoking or alcohol on stream. After H3H3 Productions’ Ethan Klein criticized Adin Ross on his gambling activities during his debut stream on Twitch, Felix “xQc” Lengyel called Ethan to be a "scumlord", adding that he was “shameless”. After feeling as though Ethan ganged up against Adin with Mizkif and Hasan Piker, xQc wanted to set the record straight by speaking up about what he thought was “a bunch of bulls***”.

On the 21st of July, xQc and Tyler “Trainwrecks” Niknam joined Ethan and Hasan in a follow-up podcast to discuss their various points of view on the contentious “gambling streaming” topic. Hasan and xQc subsequently got into a heated exchange in which xQc indicated that drinking and smoking on stream were equally as damaging to gambling.

xQc: gamba streams “as dangerous” as promoting smoking or drinking

In the podcast, Hasan explained that gambling regulations exist “because of the incalculable harm that it does when you’re promoting a dangerous vice like gambling" to a younger audience, adding that his point also extends beyond its implications to vulnerable audiences in that “it’s just a bad and wrong thing to do”.

Hasan followed his argument by saying that the restrictions around gambling streams exist because it causes “damage to people, their families [and] their mental health” in the same way that drinking and smoking is. “It’s dangerous”, he added.

After Hasan asked xQc whether he would accept money to smoke on stream, xQc fired back at him saying: “You were one sitting here the other day with Mizkif who was at ‘Friday Fireballs’ and you didn’t seem to think that bringing that up would be an issue” and essentially accused Hasan of having double standards. 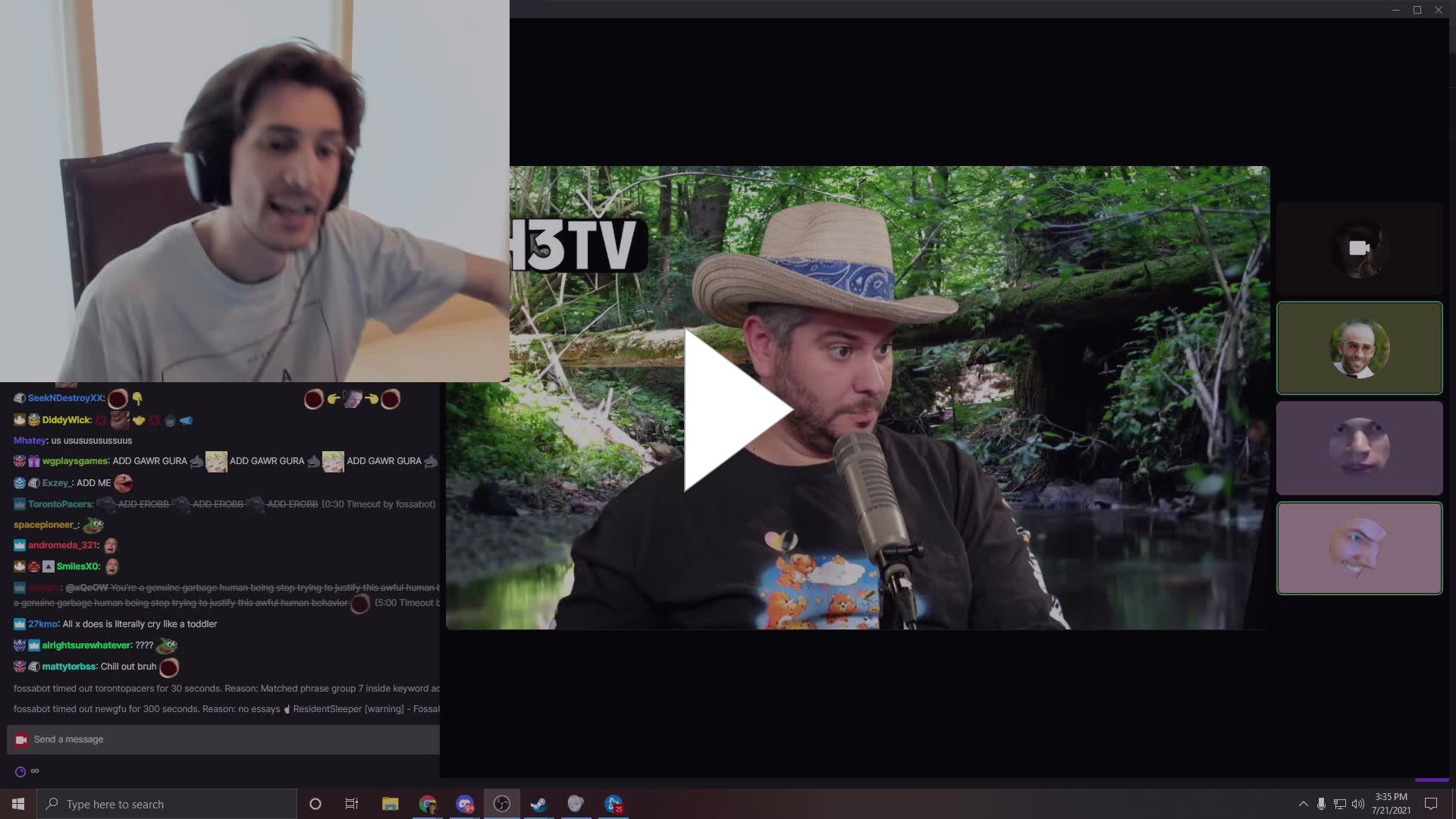 Hasan clarified the basis of his argument, saying: “When you are promoting alcohol, the alcohol provider that is buying gambling on your inventory will request your demographics to make sure that a certain percentage of it is above the age of 21 or 18 if applicable to an international audience”.

Hasan also indicated that Twitch would have banned Mizkif if he was getting drunk or was driving under the influence, just like they did to Fedmyster.

xQc countered his reasoning by saying that Twitch actually banned Fedmyster for “a self-harm rule, not a f***ing ethics or moral or law rule”. xQc later gave an example that if a streamer were to conduct an act of self-harm even with water, they would be banned regardless. 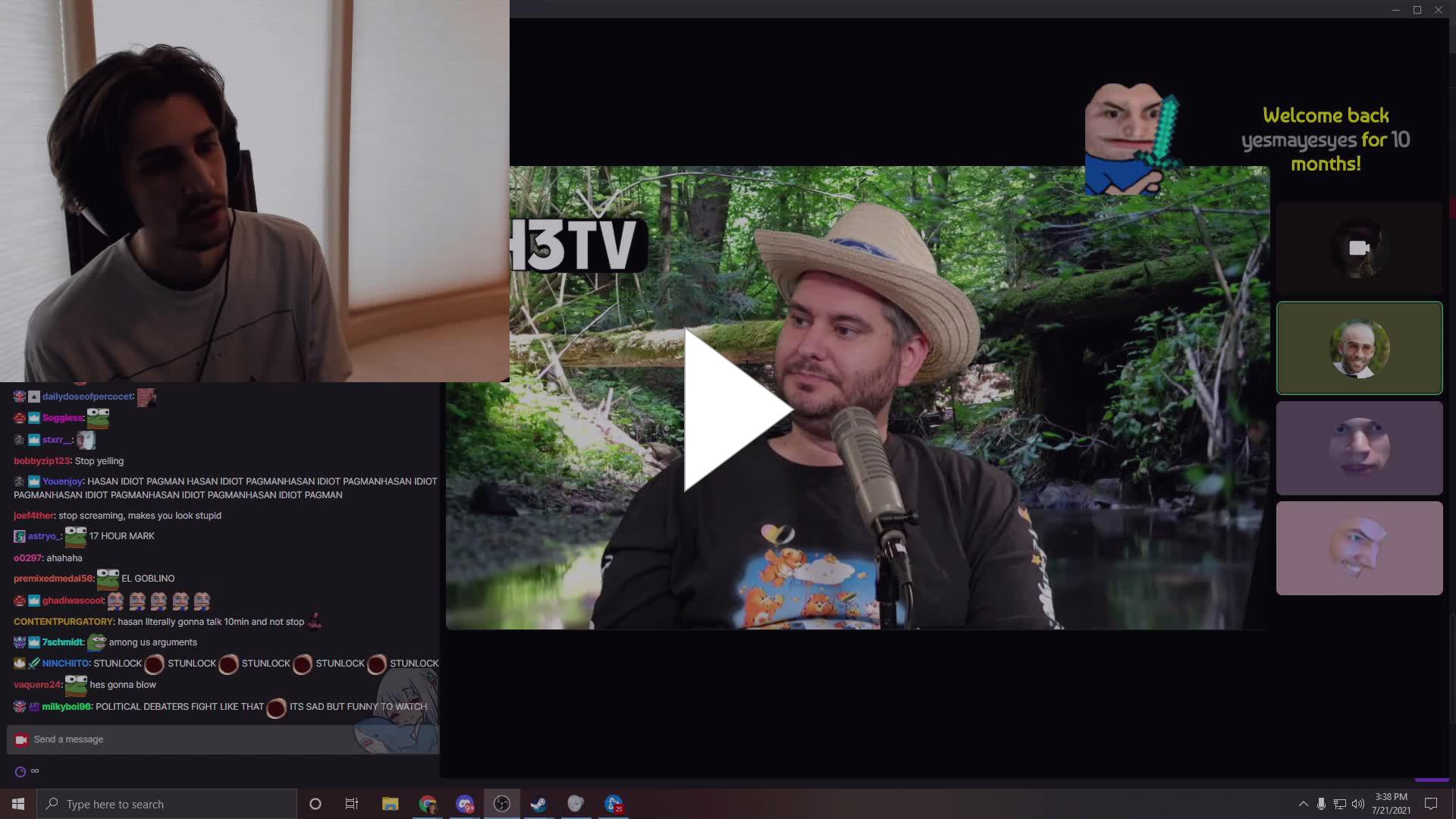 The tension eventually dissipated and they all agreed that gambling was wrong. They did, however, disagree on the point that, despite knowing it’s bad, Train continues to do it.

At the end of the stream, all of the streamers acknowledged at least some constructive outcome, with xQc saying that it was a “good talk” and that he felt as though they had progressed on the topic.

The podcast in its entirety is about 2 hours in duration and covers multiple valid points. For better context, we recommend that our readers watch the video below if the topic is of interest to them.