Nikola Savic
Updated: Jun 1st, 2021, 14:11
The king of YouTube drama says Ludwig has no right to disrespect Adin Ross and his viewers. The drama between Twitch streamers Ludwig and OTK on one side, and a rising star Adin Ross on the other, broke out this morning, 31st May, following mocking comments by Ludwig, Sodapoppin, and Nmplol about Ross and his viewer base.

Ludwig "Ludwig" Ahgren, Chance "Sodapoppin" Morris, and Nick "Nmplol" Polom along with others were having a live stream from the OTK house in Austin, and at one point they started talking about Ross.

"I know who Adin Ross is, but where the f**k did he come from?" Sodapoppin asked his friends.

"He had a bunch of connections in the LA scene, and he hits a viewer base that me and you will never hit," Ludwig said. "Like, our viewer bases are very different, but they’re still closer together than Adin Ross’ viewers and our viewers."

The reason for the ongoing drama sparked when the group started joking about Ross' viewers. Nmplol called them "the kids in high school who want to be cool," while Sodapoppin said that Adin's fans "only know two letters in the alphabet, W and L," after which everyone started laughing and making jokes about "spamming W" in Adin's chat.

And even though the group followed the jokes with some positive comments about what's he is doing including his reactions, his look, and that he generally "knows how to do things", at that point, it was already too late and the war has started.

Upon seeing the video and their comments Adin respond by insulting their viewer base, calling them "hall of fame nerds" and "fat, pimple-faced four-eyed people with social problems." 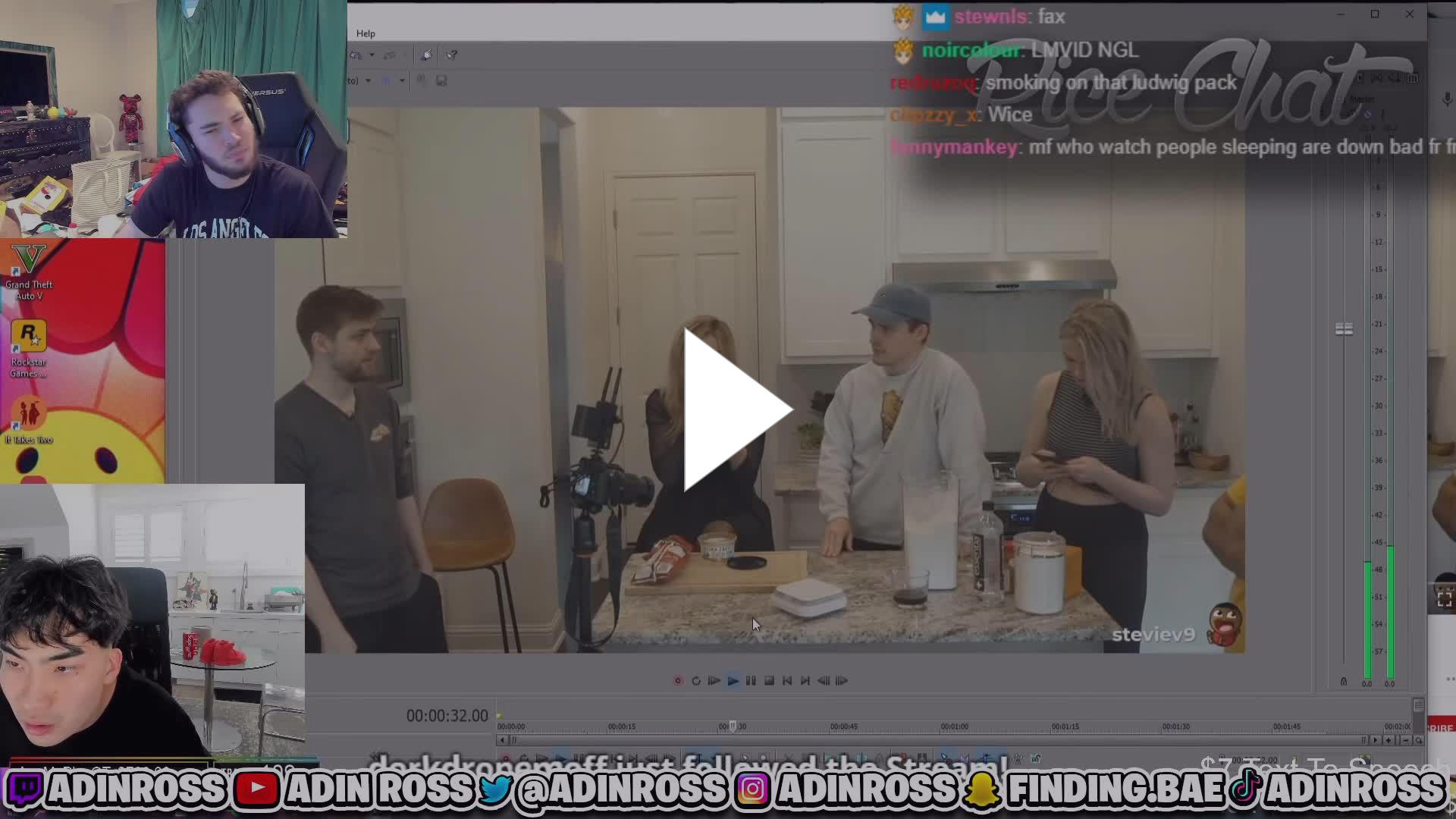 Seeing that things are escalating, Ludwig reached out directly to Ross, trying to reduce tension and calm the situation, but Adin wasn't interested in a truce at that point and has instead leaked Ludwig's private message, calling him a loser nerd and "band geek".

FAN - you know everything about me.. shits sad how u hate on me for no reason when I’ve never ever said shit about u but given props for ur subathon and grind. U really r sad for coming at me and my community.

The drama continued throughout the day with both sides calling out and insulting the other side, with more and more people getting involved, including the king of drama himself, Keemstar.

In a short video response, Keemstar sided with Adin Ross, claiming that Ludwig has no rights to talk badly about other people's viewers.

"Why you go after Adin Ross, what did the boy do to you?" Keem asked Ludwig.

Keemstar particularly didn't like the fact that Ludwig and friends were mocking Ross' fans, implying that Ludwig should be the last person to insult someone's viewers.

"May I remind you, buddy, you blew up for streaming non-stop for like f***ing weeks on the net," took a jab at Ludwig. "You wanna talk about people's fanbases? Your fanbases are literally jer*ing off to you saying poggers while you are sleeping, okay? So maybe you should think twice before going after someone's fans."

Unfortunately, both fanbases are already taking this whole drama too far, as people are insulting each other all over social media, and people adding fuel to the fire, like Keemstar, are not helping the situation.

We will update the story as it develops further.