Chadley Kemp
Published: Jul 30th, 2021, 06:40
Pokimane slams a Twitch donor after they made a sexist comment about G2 Hafu and tried to pass it off as a "joke", says they don't belong in the gaming community. Imane “Pokimane” Anys is a popular icon on Twitch with over 8 million followers on the streaming platform. She is known to be outspoken about various contentious issues, including the more recent Twitch gambling drama but also voiced concern around the hot tub streaming meta.

Pokimane is also a proponent of social reform and equality, so she was shocked when a Twitch donor asked to be unbanned for a weird, sexist remark they made in response to G2's Hafu recount of a troubling incident at a 2008 World of Warcraft (WoW) tournament.

Rumay "Hafu" Wang is a former World of Warcraft pro player and content creator for G2. Hafu previously recounted a horrific story where a team named “Gonna Rape Hafu At Regionals” qualified for an official Blizzard tournament, despite the disgusting team name. She was only 17 years old at the time.

In light of the recent Activision Blizzard allegations, Hafu tweeted about the incident that happened again on Twitter yesterday.

Pokimane subsequently responded to the Tweet, saying: "It boggles my mind that was ever allowed but it also makes me really grateful that you stuck around and were so successful. thank you for making gaming a better space for so many other women".

it boggles my mind that was ever allowed but it also makes me really grateful that you stuck around and were so successful. thank you for making gaming a better space for so many other women ❤️

It seems that one of Pokimane's Twitch donors didn't seem to understand the weight of the incident. This was after they made a request to be unbanned after making a disgusting, sexist comment during her recent broadcast.

The donor tried to pass off a disgusting comment about an underaged Hafu as a joke, saying: “To be fair, Hafu was hot at 17 LULW”.

Pokimane responded by saying that they were “exactly the type of person that we don’t want” in the Twitch or broader gaming community at all, and we fully agree. 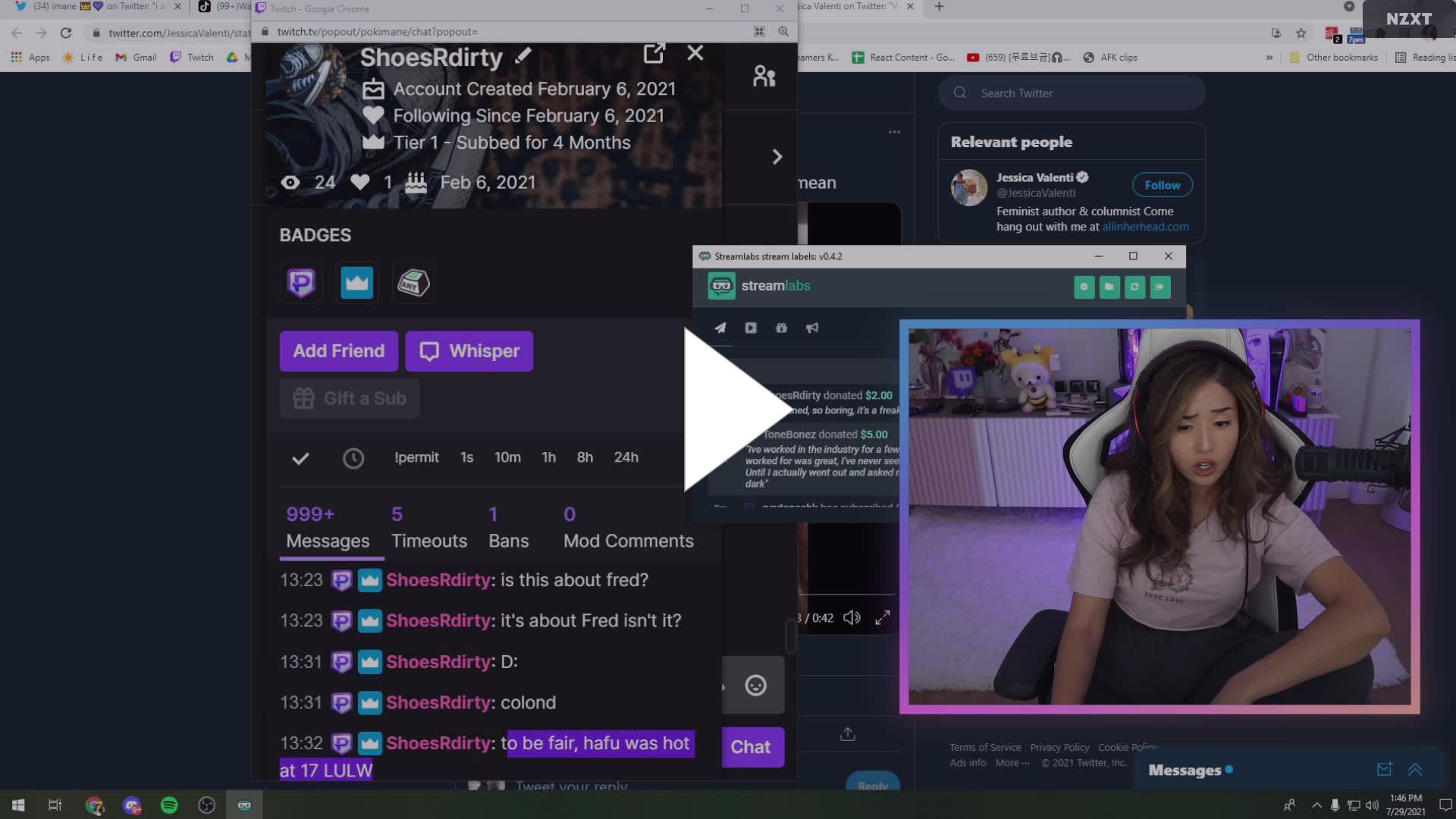 “It is not just a joke to call someone who is underaged ‘hot’ and justify the fact that people were saying that they were gonna sexually assault them. Also, it’s not okay to,  instead of apologizing for your s***y comments, to instead try and flip it by calling me and my mods boring for not getting the joke. You’re so oblivious”, Pokimane said.

The comment was certainly uncalled for and Pokimane's Twitch chat was quick to call the donor a "weirdo" and "creep". One user wrote: "He deserves to be permabanned".

It's hard to believe that there are still people who try to make light of such serious issues in our community. While much has changed since 2008, it is clear that a lot more needs to be done regarding broad inclusivity for all people, regardless of race, ethnicity, religion, or any other factor.

We reciprocate Poki's response and can only hope that the donor will one day come to their senses.