by
Daniel Conlan
The announcement had been teased by the streamer for the past couple of days. 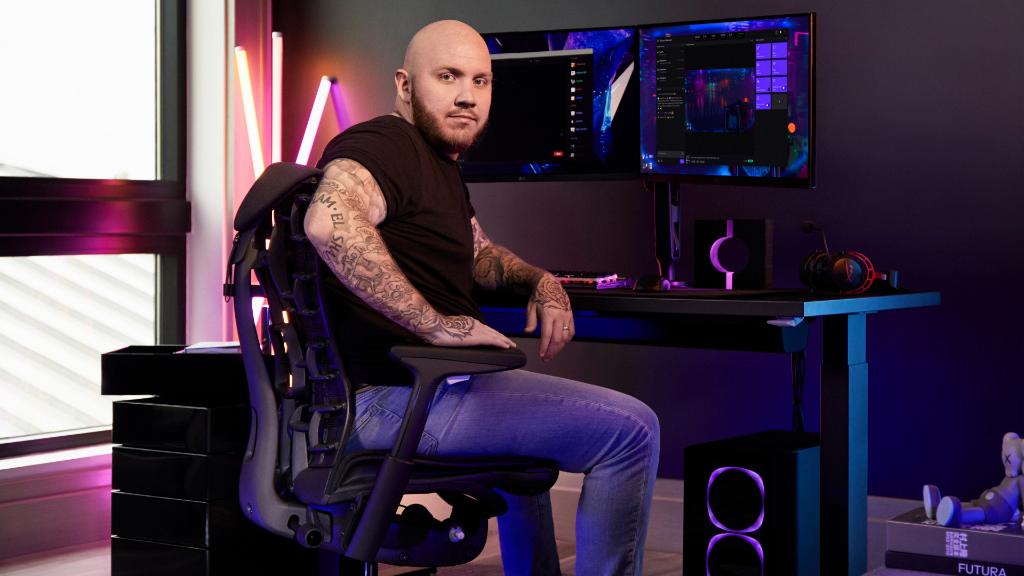 The announcement was made on Timthetatman's stream on 7th April. Tim has been known to use the Michigan company's chairs for years and he spoke of his pleasure at being able to partner with a company in a truly organic manner.

"After streaming and sitting for long periods of time, I realised the importance of quality products, and investing in them for your health," said Tim in an interview released alongside the announcement. "Once I switched to Herman Miller for gaming, I could immediately feel the difference."

Tim had teased something big for the past couple of days via his stream and Twitter, and he made his viewers wait until 6 pm GMT to finally reveal what it was all about.

Sitting up from his older Herman Miller Aeron chair, he brought out a Herman Miller x Logitech G Embody gaming chair and announced that he was set to become the company's first global gaming brand ambassador.

Embody, according to the marketing materials, is a chair designed with gamers' needs in mind and over 30 physicians and PhDs in biomechanics, vision, physical therapy and ergonomics helped in its design. Available in black and cyan, it retails for US$1,595 (£1,195).

Tim is one of the most popular streamers on the platform, known for playing a variety of games but mainly Warzone his audience is broad and he currently boasts 6.41m followers, putting him at 11th in total followers count.