Twitch is the home of many cultures and subcultures, from gaming to ASMR, cooking or working out and much more, there really is something for everyone.

Mukbang, literally translated as "eating broadcast", is one of the streaming world's more estoric subcultures, involving as it does watching people eating copious amounts of food. It first become popular in South Korea and the top Mukbang streamers can earn tens, if not hundreds of thousands of dollars, a month eating food on stream.

It seems like a quite the gig, eating food and getting paid... I mean what's not to like? Well turns out that is a pretty niave view of the profession after a clip went viral that showed a Mukbang streamer recoil in terror as she realised her lobster may not be as dead as she thinks it is.

It all went down on a 24th March stream, one which looked to be proceeding without incident. The Mukbang streamer, who goes by the name of "heehee1004" was chatting to viewers, in the background some chill kpop music was playing, all while she attempted to prepare the lobster for boiling.

She did as many would, watched some YouTube videos and gave it an honest effort but nothing could have prepared her for what was about to happen.

Using bamboo skewers heehee13 attempted to open the lobster but clearly touched a nerve with the lobster's body contracting. The sudden movement clearly shocked heehee13 who fell back on the floor, shrieking. 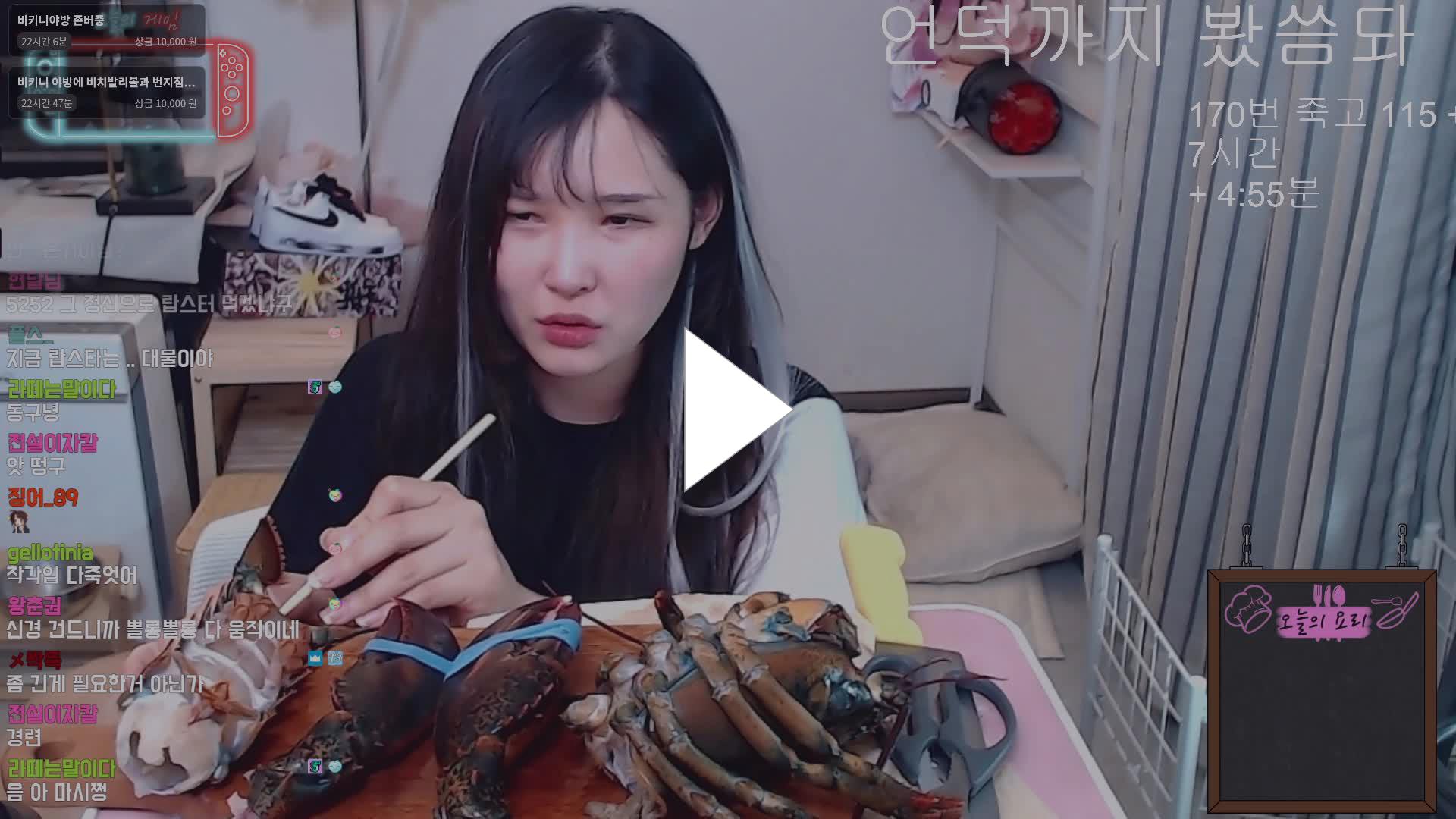 The clip quickly went viral with over 280,000 people having watched the clip on her Twitch channel.

Thankfully, heehee13's dog was at hand to calm her down and and after several minutes she composed herself and returned to the preperation. Shaken, but not dettered from her dinner. So let this be a lesson to anyone who thinks the life of a Mukbang streamer is easy going, it clearly takes a determination that few us could stomach.