H3H3 Productions is a popular channel on YouTube, hosted by husband and wife duo Ethan and Hila Klein. The couple has a combined following of over 9 million subscribers on YouTube, with over 1.5 billion views and are best known for their reaction videos and satirical commentary. After being absent from Twitch for nearly 3 years, H3H3’s Ethan rejoined the streaming platform as part of a new project called “H3TV”.

As part of the new project, Ethan announced that he would be doing “daily entertainment” streams and would be reacting to suggested content from followers. Of course, fans quickly suggested that he watched hot tub queen, Kaitlyn “Amouranth” Siragusa’s stream, and needless to say, his reaction was priceless.

We’re not sure how Ethan has stayed out of the loop with this one but he quickly got caught up with the meta. Ethan got the gist of Amouranth’s streams after joining in the middle of an ear licking subathon.

H3H3 Ethan’s reaction was priceless, saying: “God, this is so graphic! Dude! What the f***!”. He later added that he has “no problem” with Amouranth. “I think she’s great and I respect the hustle but I am shocked by her content”, he said.

Indeed, Amouranth’s ASMR mic licking content is a shock to many. Ethan then went on to say it was the “most graphic content” he’s ever seen on Twitch and “pretty sure it would get age-restricted on YouTube”.

He went on to say that he finds it interesting how female streamers like Amouranth “skirt the line of [Twitch] policy” and reiterated that he has “no hate for the ladies on Twitch who are out there hustling”.

H3H3 was definitely on point with this comment as Amouranth has the proclivity to seemingly evade Twitch bans. Some might say it’s a skill, although other Twitch community members speculate that it’s due to favouritism by Twitch.

Despite the major backlash, Twitch has made an example of popular streamers violating their rules and even banned fellow hot tub star, Jenelle "Indiefoxx" Dagres, for her provocative ASMR mic licking stream. While it’s not certain that the ban is permanent, Indiefoxx remains banned to this day.

Otherwise, it's great that H3H3 Productions will be streaming regularly on Twitch. This also means that we could see a lot more meaningful debate and discussion regarding the neverending drama on the streaming platform. 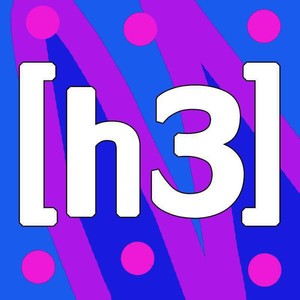 Be sure to give H3TV a follow on Twitch. We've linked to their channel above for your consideration.